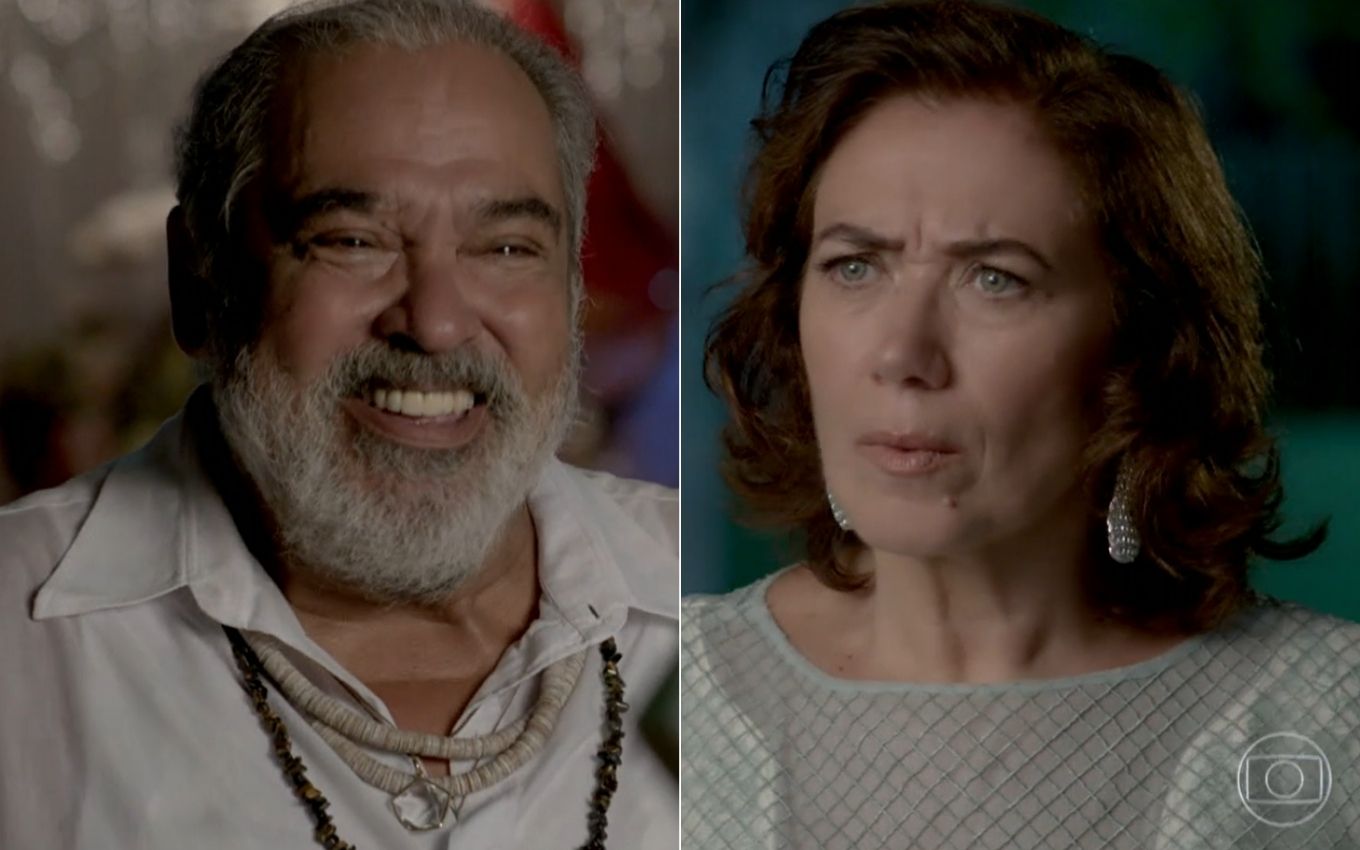 Check out the summary of the next chapter of the rerun of Império, Globo’s nine o’clock soap opera, which airs this Monday (27):

Maurílio observes the movement in the house of Claudio and Beatriz from a distance. Maria Clara and Vicente talk about the dinner in honor of Magnolia and Severo. José Pedro is revolted by the fact that Maria Marta had gone to dinner at Claudio’s house. Du asks João Lucas to talk to José Alfredo. Erika thinks about what she discovered about Silviano and Maria Marta.