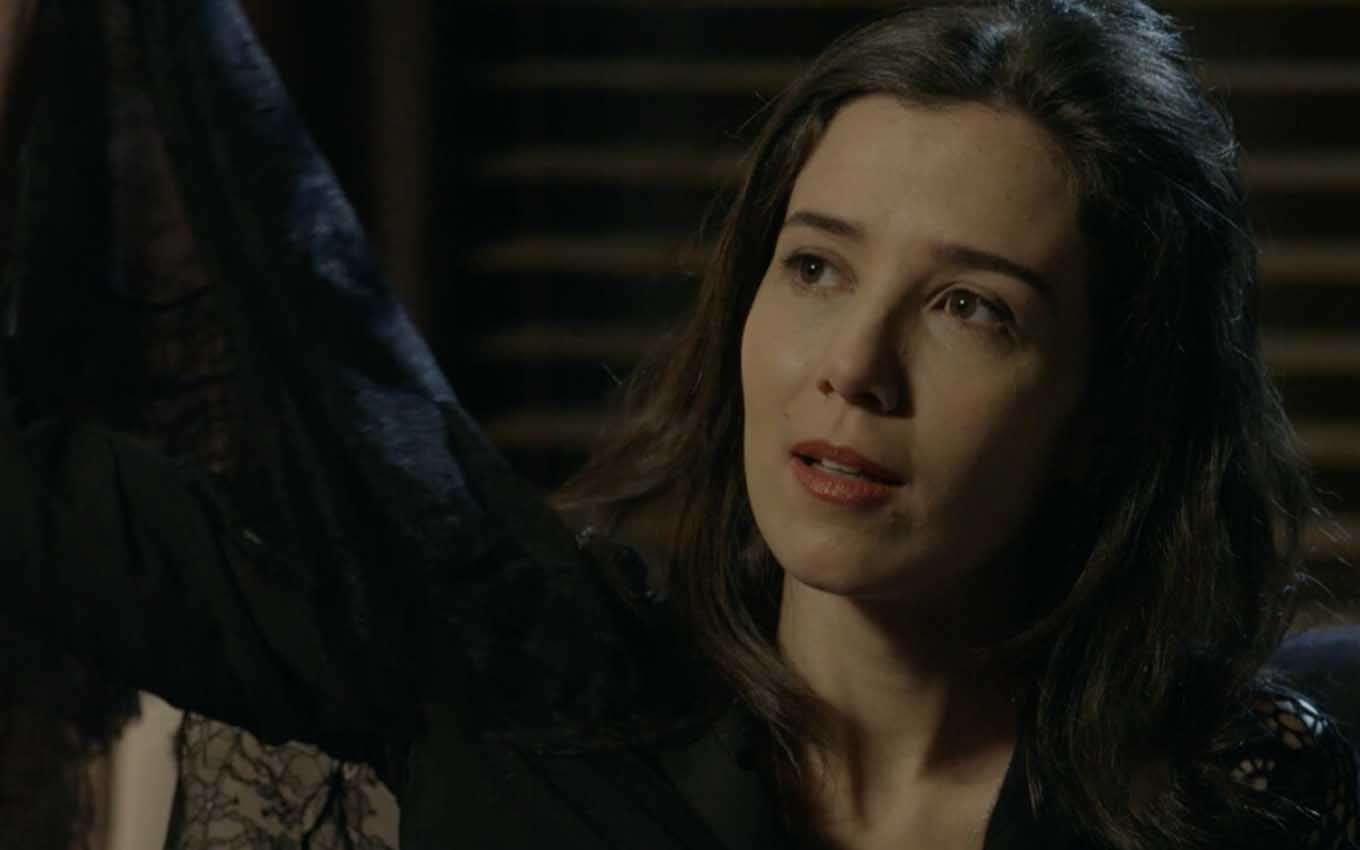 Cora (Drica Moraes) will prove that President Jair Bolsonaro’s fear of becoming a reptile because of the coronavirus vaccine is unfounded in Império. The shrew will become a miracle of Medicine, as well as the immunizing agents, by using a very peculiar substance to rejuvenate and look like Marjorie Estiano — “alligator pee” is the beauty secret of Globo’s nine o’clock soap opera.

The liquid was the solution found by Aguinaldo Silva when he discovered that Drica Moraes was suffering from acute aphonia and would no longer be able to attend the recordings. He invented a hurried trip to the villain and invited Marjorie to reassume the role she had played in the first phase of the plot when the snake returns home.

Cristina’s aunt (Leandra Leal) will attract all the eyes of the neighborhood when she appears redesigned in the scenes that will be shown from the next 17th. The public won’t see the face of the high school at first, but only the shock of Xana (Ailton Graça) and Naná (Viviane Araújo) with the transformation.

Cora will also wander the streets of Santa Tereza, the neighborhood of Rio de Janeiro where the story is set, covered from head to toe. She will only tear off her veil when she arrives at a hotel to lose her virginity to José Alfredo (Alexandre Nero) — she will exchange a portion of the pink diamond for the commander’s sexual favors.

Maria Clara’s father (Andréia Horta) will have his jaw dropped in front of the saint. “What the hell is going on here? You’re not Cora. ​​This is a trick. Did I happen to take a trip back in time, walk through the door and come back at age 22? Who are you?” the manager will ask.

Cora will distill her venom to make it clear that the change is only skin deep. “And I’m the one who always loved you and kept it just for you, but enough. Let’s go over these sordid, insignificant details, because we have a much more important, grandiose task. Our night of love,” he added. character.

“All right, all right. Let’s go ahead. Let’s see where this goes. Did you bring the stone?”, the Commander will ask. “Whoever knows you should buy you. Do you really think I would risk bringing them for you to pick up and not fulfill your part of the deal anymore?”, the antagonist will mock.

“Whatever the devil you are, rest assured. I’m here in a shower, fragrant to pay for my sin”, the millionaire will amend. “Sin? It’s a gift. A paradise,” Cora will return.

“Paradise is where I’m going to take you now. Put an end to this patacoada” will fire Alexandre Nero’s character, in a mixture of fear and desire.

Império (2014) is being re-run to fill the hole left after the final stretch of Amor de Mãe on Globo’s prime time. Um Lugar ao Sol, the next new soap opera on the 9 pm range, was postponed to premiere in the second half of this year, fully recorded.