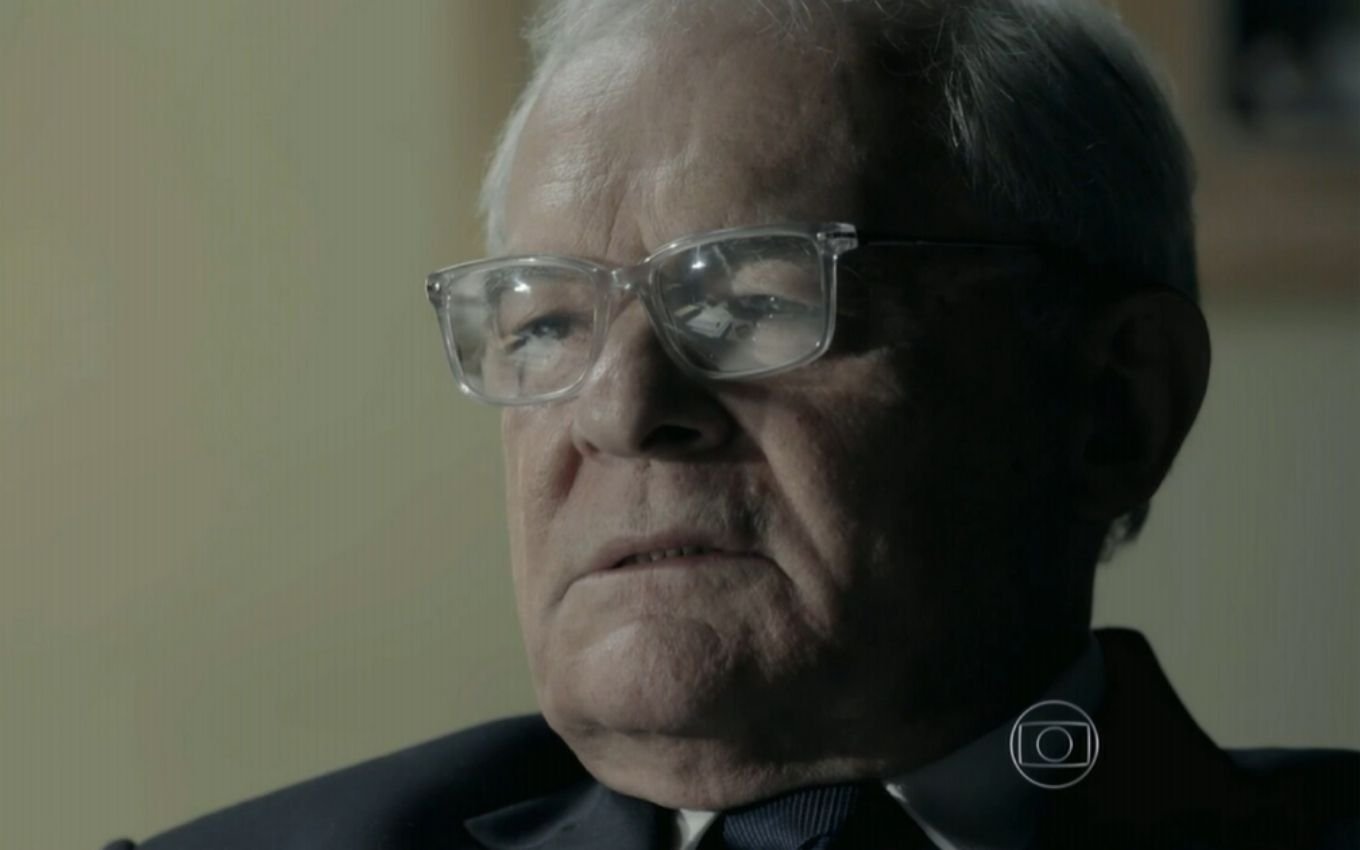 Silviano (Othon Bastos) will reveal one of his crimes in Império. The former butler will confess that he stole all the money from José Alfredo (Alexandre Nero) that was deposited in a bank in Switzerland. He will still use the fortune to free Maurílio (Carmo Dalla Vecchia) from jail. On a visit to the heir in prison, the two will plot to intimidate Merival (Roberto Pirillo) in the Globo soap opera.

In scenes that will air from the 21st, the former lover of Maria Marta (Lilia Cabral) will be arrested. The bad character will have placed cameras in the office of the “man in black”, but he will not suspect that Bruna (Kiria Malheiros) will see him spying on his rival. She will tell José Alfredo everything.

Maria Isis’ lover (Marina Ruy Barbosa) will find the cameras and be furious. He will hatch a plan with Cristina (Leandra Leal) to catch the criminal in the act. Maurílio will try to kill the commander, but will be surprised by the police, who will give him a prison sentence.

Silviano will be in the car and will manage to escape from the police. “You know how to deal with difficulties better than anyone. In fact, you dribbled the police in that spectacular maneuver, leaving no traces. My father, you are an ace behind the wheel and you never said anything to me”, will say the biologist.

“Occasion makes the thief. And don’t forget that for years I drove drunk and sleepless through the winding roads of Monaco. I learned those maneuvers there,” reveals the former butler.

Afterwards, the man who passes for Maurílio Ferreira will remember that his father lost all his money playing in casinos. “Money that I have now recovered in double. Thanks to the commendator’s oversights”, the criminal will declare.

“These millionaires disregard the employees so much, and that’s the price: he opened and closed that safe in front of you, right, Dad? It deserved to be robbed. Let him pay for the rest of his life”, jokes Maurílio, who will accuse Marcão (Joe Ribeiro ) to be your accomplice.

The street vendor will be arrested, but Silviano will demand that the lawyer solve his case first so that he doesn’t tell what he knows about Maurilio and complicate everything. In front of Merival, Silviano will declare that he is not Fabrício Melgaço and will say that he is working for the Commander’s enemy.

He will also claim that if he reveals the true identity of the “boss”, he would be decreeing the death of both. Afterwards, Silviano will order Merival to get his son out of prison immediately, claiming he will pay any price to help the Justice move fast.

The lawyer will say that he will do everything to free Maurílio, but, in fact, he will think about revealing what he knows to José Alfredo.