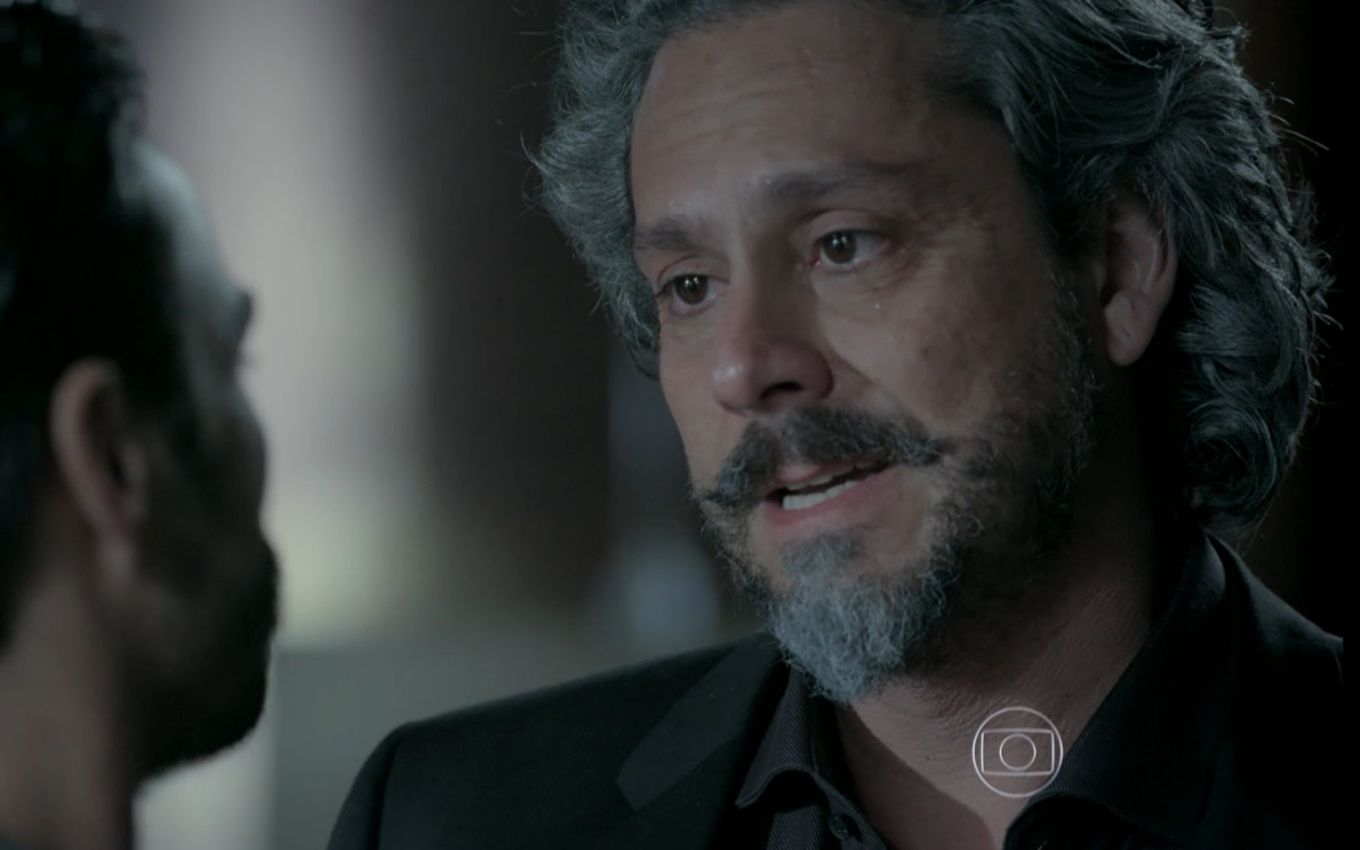 José Alfredo (Alexandre Nero) will unravel one of Império’s mysteries in the last week of Globo’s nine o’clock soap opera. The identity of the Commander’s greatest enemy will cause him to have a burst of fury mixed with great disappointment. Fabrício Melgaço is actually José Pedro (Caio Blat), his own son.

José Alfredo’s heir will reveal himself in a conversation with Silviano (Othon Bastos). José Pedro will be outraged to learn that his allies — the butler and Maurílio (Carmo Dalla Vecchia) — will try to kill his father.

“You should have consulted me before! I only agreed to join you and Maurílio because it was decided that I would be in charge of everything”, says Maria Marta’s son (Lilia Cabral). “But you will agree, my dear José Pedro”, will say Silviano, who will be interrupted. “I already told you to call me Fabrício Melgaço”, the traitor will order.

The conversation, however, will be overheard by Lorraine (Dani Barros), and the scammer will tell José Alfredo the identity of her intimate enemy. To confirm the story, the almighty will break into his son’s office at the company to see if the pieces of his pink diamond are really in his safe.

“What’s going on here? Why is my safe open”, asks Caio Blat’s character. “Because I came to take back what is mine, José Pedro… Or would it be better to call you Fabrício Melgaço? Come on, say something!”, the commander ordered, with tears in his eyes.

Then, the time will come for José Pedro to face his father. “You, in your holy ignorance, have never heard the word regicide, of course. But I’ll tell you what it means: that’s what they called cursed people who, in the times of monarchies and empires, had the courage to kill a king and thus they ended his tyranny.”

“If it’s me you’re talking about, I can guarantee you’ve learned the wrong lesson, because if anyone here is going to die, it’s you. Damn you!”, José Alfredo will shout, before grabbing his son by the neck. José Pedro will manage to escape with the help of his mother, who will land a blow on the commander so that the son will flee from there. The scene is scheduled to air in October.