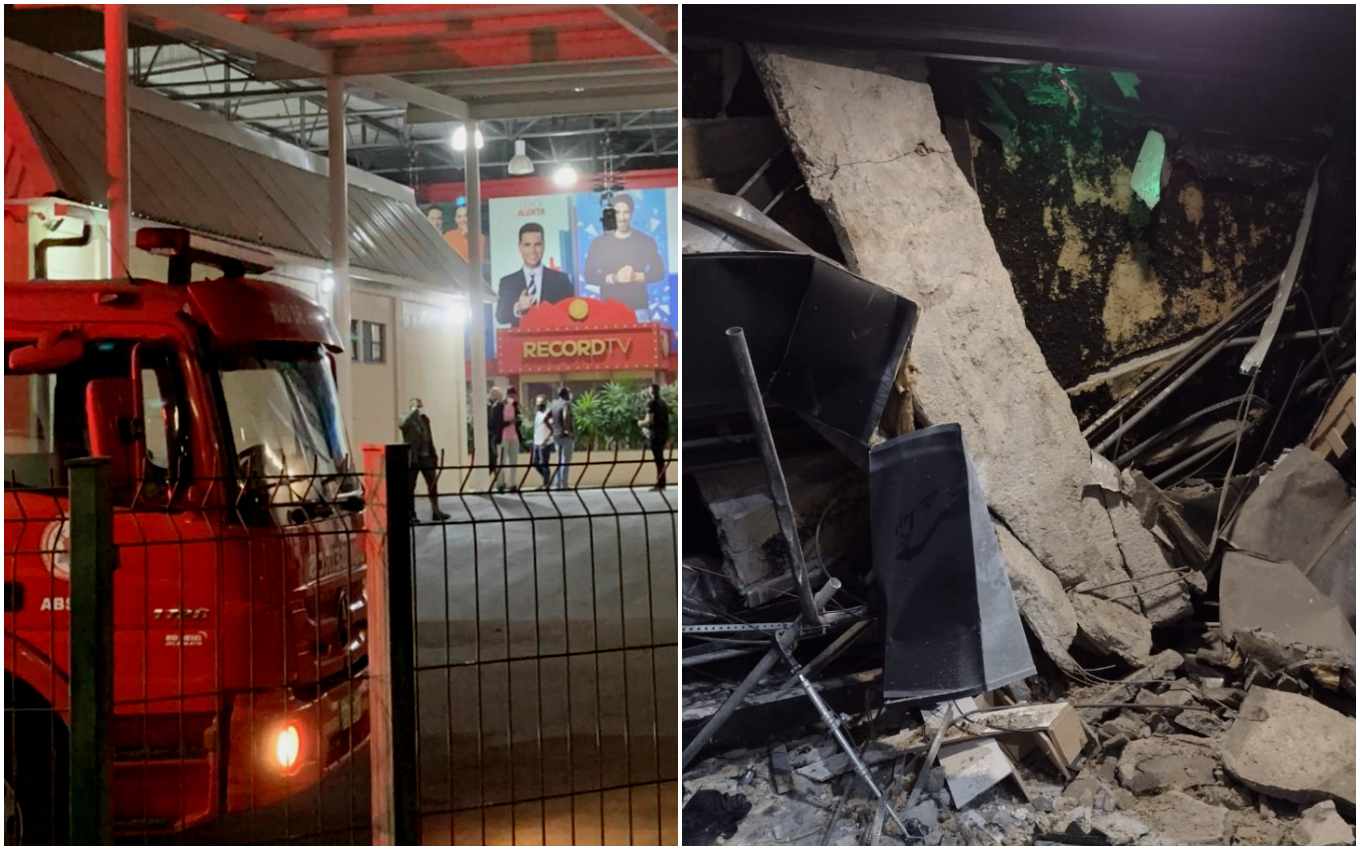 Text editor of Jornal da Record, Alex Cunha was reportedly thrown during the collapse of part of the roof of the newsroom of the station, in Rio de Janeiro, on the night of last Friday (16). The 45-year-old professional would have suffered an open fracture in the thumb of one hand and should undergo surgery this Saturday (17).

According to the TV News, a source linked to Record detailed how it all happened and said that the broadcaster contacted the employee to find out about his health status only this morning, 14 hours after the incident.

“Around 9 pm, they [os funcionários da Redação] they heard a first loud noise coming from the back of the studio, were apprehensive, but continued to work. This is the time when a large part of the newsroom leaves. There were about ten people left, the people who make Jornal da Record, on national television. Forty minutes after the first crash, a much stronger one came and everything started to shake “, revealed the source.

“They ran out, some people ended up leaving their things behind. But when the roof fell, there were still three people. Due to the tremor and an air displacement, these last three people were thrown out of the place,” he added.

Alex Cunha would have hit his head and had one of his fingers dangling. “He cut off his whole hand, from thumb to pinky, and will undergo surgery at 5 pm. Nobody was in the hospital, except his colleagues in the newsroom. The company contacted him now, more than 14 hours ago. after it happened, “he said.

To the TV News, Sergeant Torres, of the Fire Brigade, reported that a man was treated at the scene and released shortly thereafter, for having only minor hand injuries.

“We were called around 9.15 pm to check a collapse on the Bandeirantes road, at number 23.525. I still don’t know the situation of the place in relation to the collapse, if it was part of the roof, roof, if it was plaster, if it was made of plaster, masonry, “Torres said. “The municipal Civil Defense was called to assess the location together with its technicians to find out if the site is going to be closed or not,” he concluded.

The Fire Brigade informed on Saturday morning (17) the names of two more victims of the accident. Thiago Domingues, 23, had minor injuries and did not want to be seen at the hospital. Jefferson Menezes, 33 years old, was referred to the Lourenço Jorge Municipal Hospital, in Barra da Tijuca (west zone of Rio de Janeiro). There is still no information about his health status.

The area whose roof was destroyed is that which comprises part of the newsroom and the journalism studios of the broadcaster, where programs such as Balanço Geral and Cidade Alerta are presented.

In a note, Record confirmed the accident: “Record TV Rio reports that on Friday, April 16, a portion of the studios’ ceiling collapsed. All employees were safely removed and rescued. There were no reports of serious injuries. It is important to clarify that the structure was recently renovated due to heavy rain in Rio de Janeiro. With the safety of employees guaranteed, we will now investigate any structural damage to recover the site “.