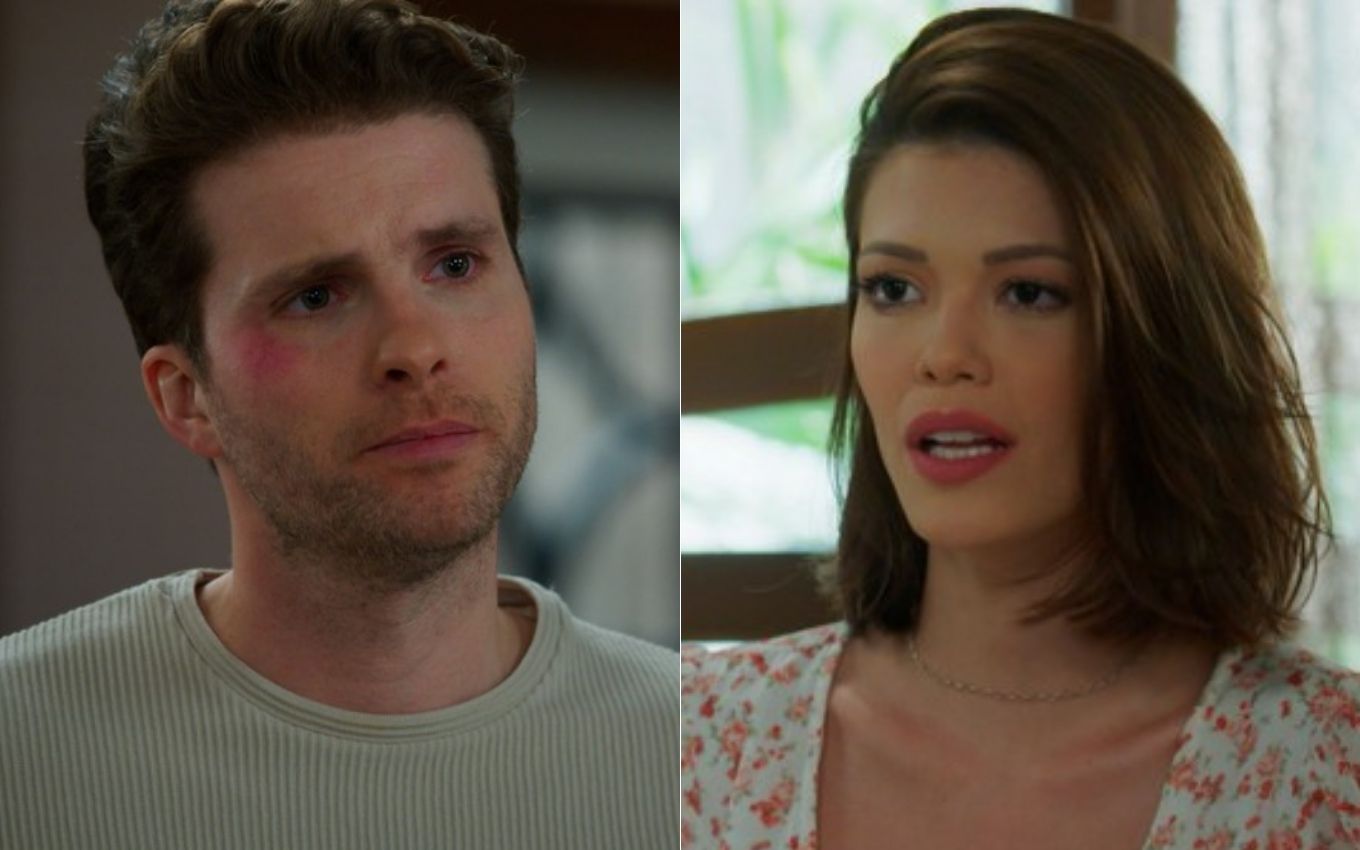 Alan (Thiago Fragoso) will put an end to his relationship with Kyra/Cleyde (Vitória Strada) in Save Yourself Who Can. The nanny will confess to the lawyer for the seven o’clock soap opera that, after meeting Rafael (Bruno Ferrari), her feelings for him have returned with force. Alexia/Josimara’s cousin (Deborah Secco) saw the hot encounter between the two and will think it’s better to end their relationship, since the girl is divided.

The end of Alyra will happen in this second chapter (5). In the previous sequences, the manager of Labrador Digital saw his ex-fiancée at Empório Delícia and kissed her when he discovered she was alive. Mosquito’s father (Ygor Marçal) caught the moment and went after the boy.

Soon after the confusion between the characters, Kyra realizes that she still loves Renatinha’s boss (Juliana Alves) and decides to be honest with her boyfriend. She’ll call you over to talk and snap, “Oh Alan, it’s not that simple. Me tou in love with you. A lot, really. But I need to be honest with you, otherwise I’ll feel like the worst person in the world.”

The lawyer will kill the riddle: “You’re in love with me, but you found out you still love each other“. Luna/Fiona’s friend (Juliana Paiva) will nod, and the blonde will decide to do the right thing:

So I’ll make it easy for you. cleyde, you you know I love you. that I wanted that you was part of my family. We were even going to tell pras children, but I can’t take a step like that if you’re torn. If you still love someone else, it wouldn’t be fair to me, or my kids, or you. So we better finish.

Thrilled, Agnes’ daughter (Carolina Kesting) will confess that she really wanted to build a life with the lawyer, but she won’t be able to if she is still sentimentally attached to the entrepreneur. Alan will be a gentleman even at the time of breakup and will comfort his now ex-girlfriend.

“Oh, Alan, even to finish you manages to be wonderful! What if I haven’t seen things right and I lose you forever? I’ll never forgive myself!” the girl will say, in tears. The blonde will approach Kyra, wipe her tears and face the end as a sign of fate:

It will solve your life, Cleyde. Don’t think it’s going to be easy for me either. Me was full of plans for us, for our family. But if this happened just when we were going to tell pras kids, maybe it’s because it wasn’t meant to be.

The character played by Vitória Strada will nod and decide to leave the Maximo house. But before he goes, Alan will ask for a goodbye kiss. The couple will exchange affection for the last time, and Kyra will confess, “Everything I lived with you was real. Everything, everything, everything! Don’t ever forget it!”

The rerun of Pega Pega (2017) will be in the 7pm range because the network decided to postpone the premiere of Quem Mais Vida, Melhor.