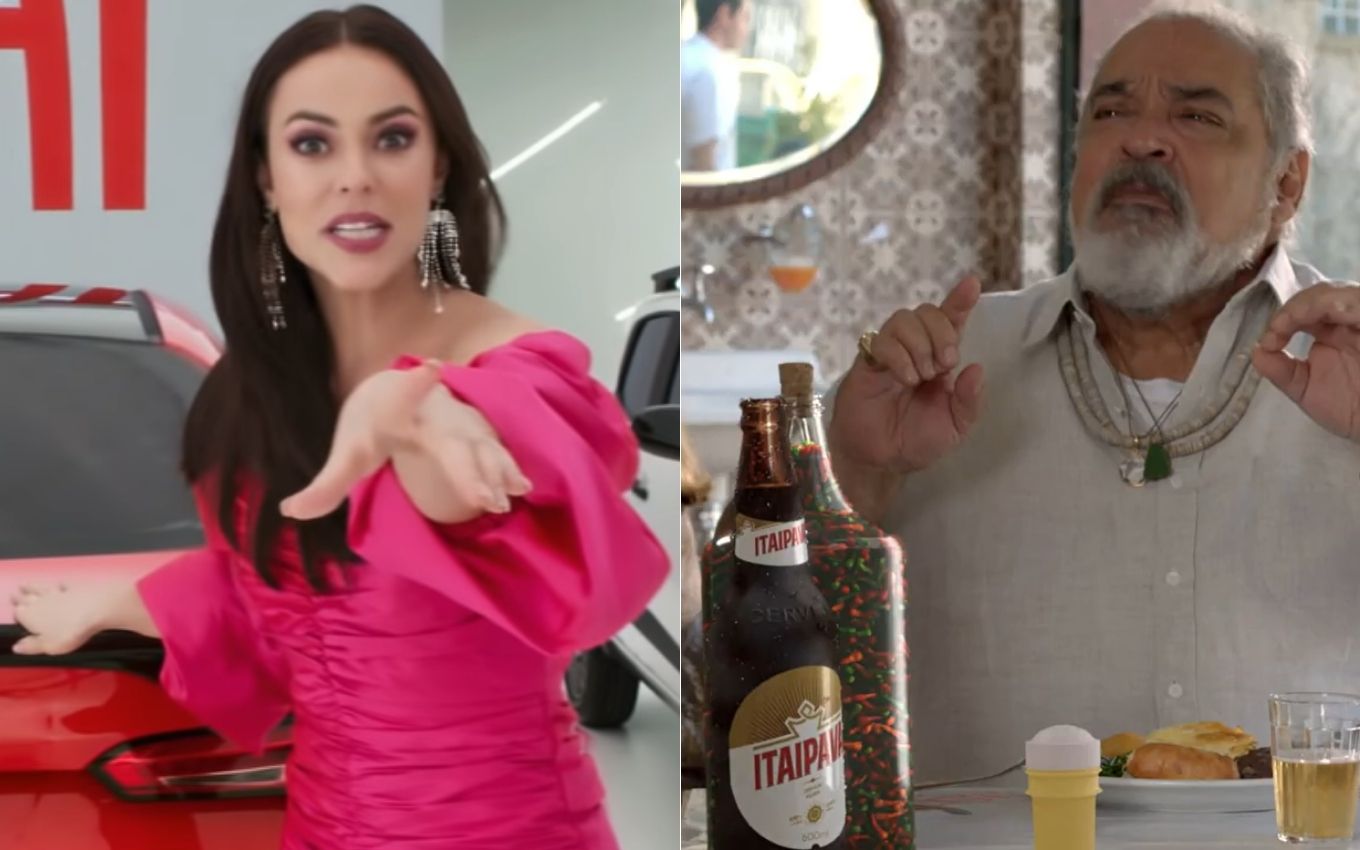 With the support of technology, a scene in which Antoninho (Roberto Bonfim) drinks a beer in the telenovela Império became an advertising action for Itaipava – something that had not happened in the original showing of the telenovela at nine on Globo. The initiative opens doors for the digital insertion of brands on TV and could threaten the legacy of “publis” built by Vivi Guedes (Paolla Oliveira) in A Dona do Pedaço (2019).

“We can say that it is something unusual, but that it could become common from now on, thanks to the technology and creativity of taking an entertainment product ready and including a brand, making a digital product placement”, points out Eliana Cassandre, head of marketing of Grupo Petrópolis, the brewery responsible for the Itaipava brand.

O product placement cited by the executive consists of an advertising strategy in which a brand is naturally inserted in an entertainment production. One of the examples of this type of action occurs when a character in a soap opera drives a car and, throughout the scene, details of the automobile are shown.

Império’s “digital” beer represents a milestone in advertising, as it was the first time that Globo introduced a new product in an already-recorded scene. “The pandemic encouraged us to seek new ways to communicate, and technology has been one of the main channels for us to get closer to consumers, in order to understand how data can be reverted to more assertive communication and that really talk to the audience“, defends Eliana.

This advertising is part of Itaipava’s communication strategy, which has the proposal of being the “beer of the soap opera”, with actions started in Amor de Mãe (2019). “We want to keep the brand alive in the minds of consumers, in addition to generating value and pride. Itaipava is a brand of extreme quality and strength, so it’s only fair to be present in the main prime time audience of the main broadcaster in the country”, justifies.

Cristian Schaeffer, Master in Administration from the Federal University of Rio Grande do Sul and marketing researcher, believes that this action allows the digital insertion to gain space in other reruns and also in the network’s upcoming soap operas, which will go on air fully recorded.

“As a brand associates itself with a product, be it a soap opera, series or reality show, it works the image of that company with the public. So, the consumer creates this association: ‘Itaipava is the beer that is in the soap opera’ . But for that to happen, it has to have this frequency”, he analyzes.

More Itaipava actions are planned until the end of the rerun, scheduled for November. With this possibility of digital insertion, merchandisings such as those performed by the digital influencer created by Walcyr Carrasco can remain in the background.

In 2019, the success achieved by the beloved of Chiclete (Sergio Guizé) was such that the character “stole” the position of poster girl for Fiat, which was previously occupied by Paolla Oliveira herself. In addition, the soap opera starring Juliana Paes opened space for more daring campaigns, which excited the market.

At the time, viewers followed a veritable shopping center during Globo’s prime time, with campaigns that ranged from lingerie to payment machines.

Schaeffer, however, warns about how this style of campaign presented in Império should be cautiously adopted by companies.

“If a brand does it, it shows the others that this possibility exists. Of course, care and prudence is needed in the type of action that will be taken. In the case of Império, even though it is a rerun, the soap opera remains current. Now, let’s say that it was a soap opera from the 2000s. Would it make sense to insert my product? Would it be logical?” he asks.