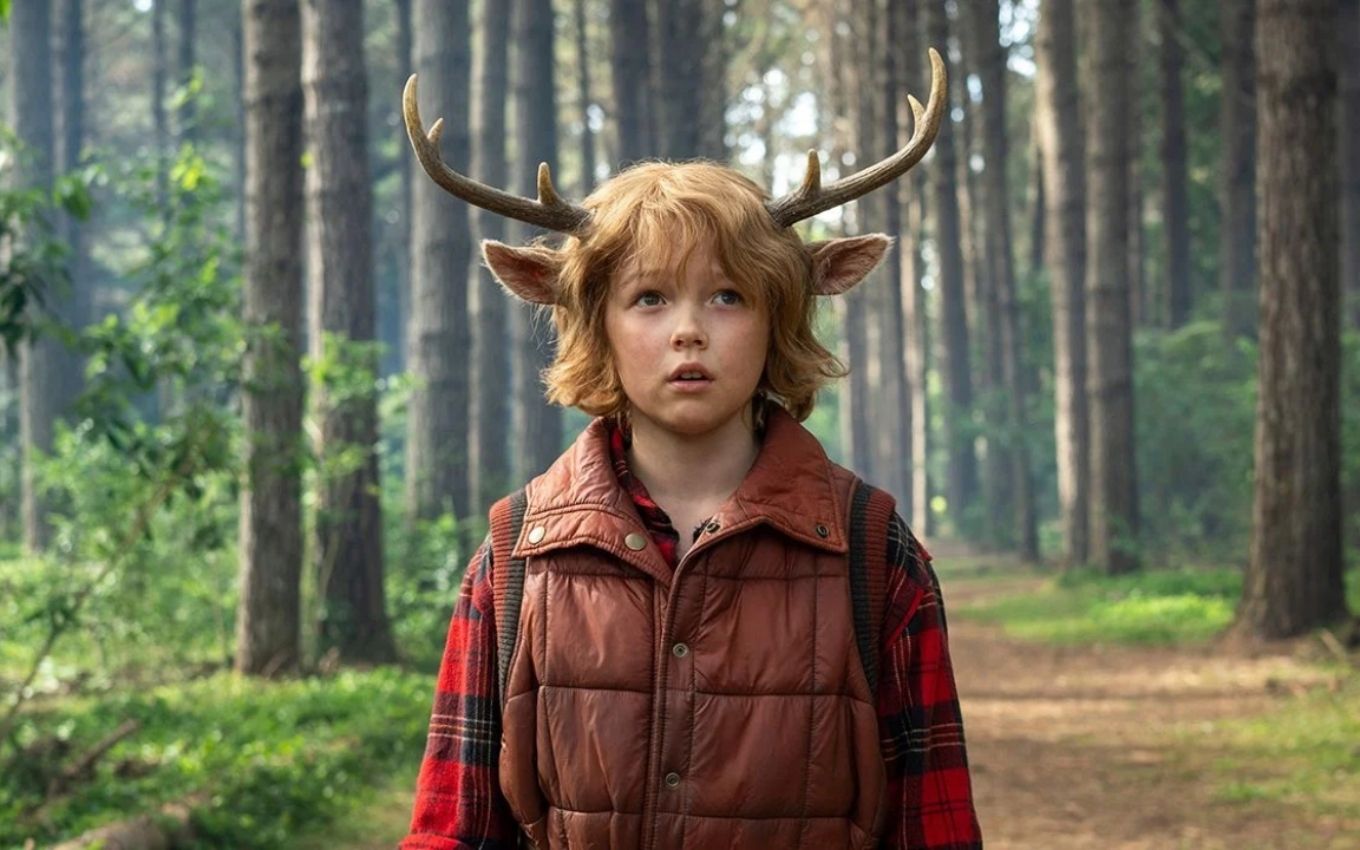 Netflix debuts this Friday (4) Sweet Tooth, new bet of the streaming service to reach children and teenagers. Produced by Robert Downey Jr. (the Iron Man of the Marvel Universe), the series stands out with an entertaining and enchanting post-apocalyptic plot, and arrives with the potential to take the crown of Stranger Things.

The production adapts the homonymous comic created by Jeff Lemire and tells the story of a world in which a virus has wiped out millions of people. Called the Scourge, the deadly disease is easily transmitted, like the flu — and, why not, Covid-19.

Around the same time that the Scourge appeared, all newborn babies emerged as hybrids: half human, half animal. Children with hawk’s wings, ram’s legs and frog’s eyes filled maternity hospitals around the world.

Within this new universe between humans and hybrids, the series features Gus (Christian Convery), a deer boy who has lived isolated in a national park with his Paba (father), Richard (Will Forte), since birth. Because of his animal half, he has the horns, ears, hearing, and smell of a deer.

Knowing nothing of the world outside the park’s fences, Gus lived to be 10 as a “prisoner” of his father’s rules. To him, all humans are evil, the Earth is on fire, and there are no more hybrids like him. That’s why Paba and the boy live a life together full of love and affection.

Paba has protected Gus from the nightmare the world has become and created in him a curious and touching spirit that proves to be almost as infectious as the virus that caused society’s downfall. On account of the deer-boy’s radiant kindness, Sweet Tooth quickly begins to feel less like a dystopian nightmare and more like a slightly somber fairy tale, but mostly upbeat — and a lot of fun.

Gus’ story ends up joining that of Tommy “Jepp” Jepperd (Nonso Anozie), a former football player who became a hybrid hunter after the virus arrived. A former member of the group called The Last Men, who capture special beings because they believe the Scourge’s origin has something to do with them, he joins Gus on a journey of friendship and knowledge after being won over by the boy’s kind aura.

In their adventures, they still come across Ursa (Stefania LaVie Owen), the young leader of a cult of worshipers of hybrid children that ends up having great importance in the history of the duo.

Much of the show’s charisma lies in the relationship between Jepp and Gus, with the deer-boy stealing the spotlight. Convery holds the same energy that helped the young cast of Stranger Things win millions of fans in the first few seasons. It’s extremely easy to be enchanted by your journey of discovering the world, even in its most stubborn moments.

Not quite the same glow, but still interesting, Sweet Tooth shows two other arcs happening simultaneously to Gus’ story. Aimee (Dania Ramirez) was a therapist before the apocalypse and becomes the guardian of the Reserve, a place that accepts and takes care of all hybrid children.

There is also the plot of Adi Singh (Adeel Akhtar), doctor responsible for finding a cure against the Scourge and who is forced by General Abbott (Neil Sandilands), leader of the Last Men and main villain, to experiment on human-animals.

Even debuting at a time when “pandemic” and “deadly virus” are words repeated to exhaustion, Sweet Tooth comes up with a brighter and empathetic proposal, fleeing from the dark narratives that usually surround these productions. Due to the success achieved with the debut of Stranger Things in 2016, Netflix has in its hands a product with the potential to become a new fever among young people.