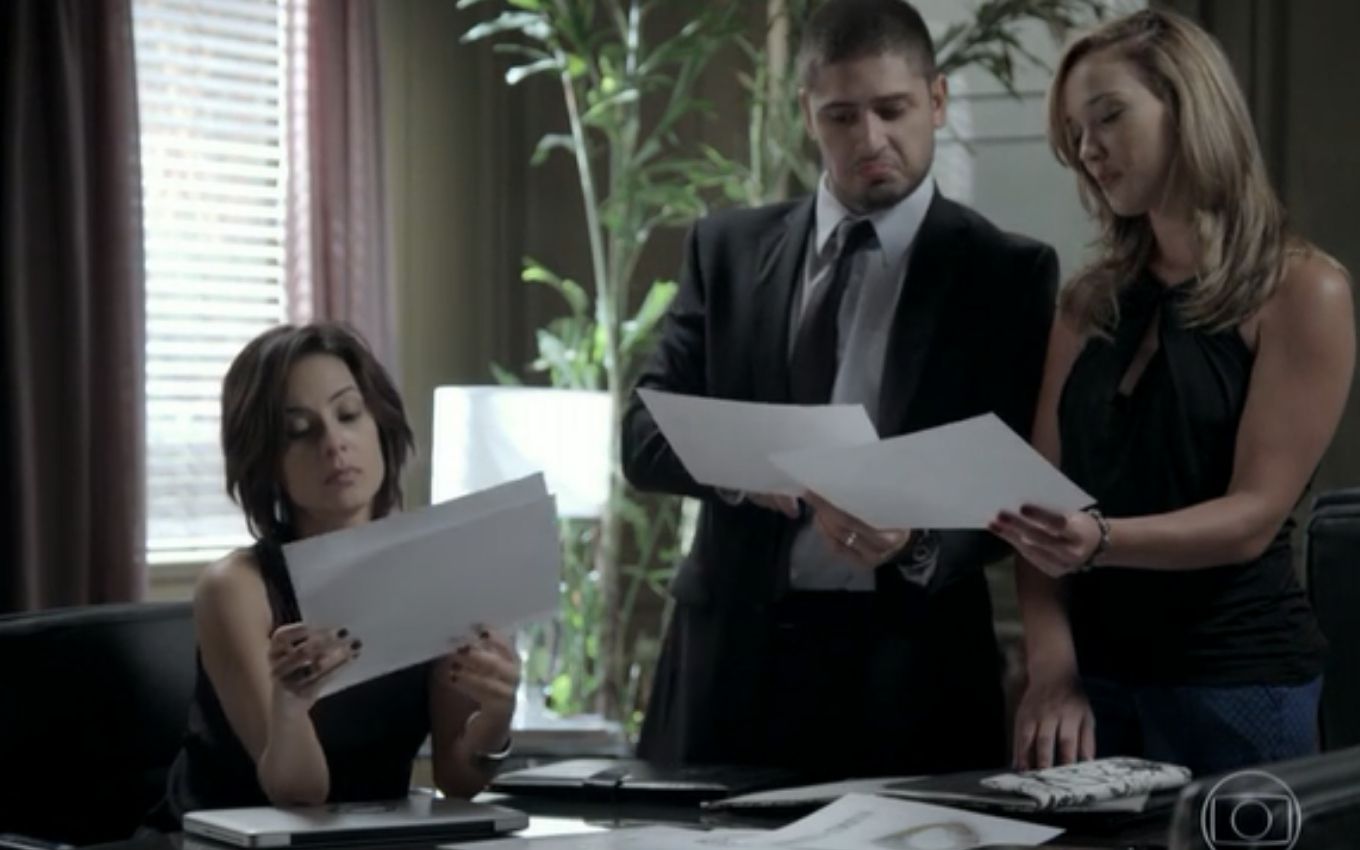 Maria Clara (Andréia Horta) won’t hide Amanda’s (Adriana Birolli) envy in Império. The jewelry designer will disdain the collection created by her sister-in-law to save the company from bankruptcy in Globo’s nine o’clock soap opera. “Great failure”, the preppy will say when she sees the drawings of Maria Marta’s niece (Lilia Cabral).

In the scenes scheduled to air this Wednesday (15), Clara, João Lucas (Daniel Rocha) and José Pedro (Caio Blat) will be discussing when Império’s new designer will enter the room and interrupt the brothers. “Why don’t we talk about saving the company instead of fighting?” will quip Amanda, showing her sketches.

“They’re cool”, will praise Du’s husband (Josie Pessôa). “Has anyone seen it?”, asks José Pedro. “Aunt Marta saw and approved everything,” the young woman will say, while Vicente’s girlfriend (Rafael Cardoso) will face the drawings without saying anything. A while later, Clara will make fun of her.

“Even for a newcomer in the genre, you didn’t do anything wrong”, will comment Cristina’s sister (Leandra Leal). “Really? You don’t know how much a compliment is worth,” Amanda will reply, surprised by her cousin and sister-in-law’s attitude.

The daughter of José Alfredo (Alexandre Nero) will gloat. “I continue to maintain my position in relation to this jewelry collection. This here does not have our profile. It will be a big failure”, concluded the rich woman, leaving Amanda disappointed.