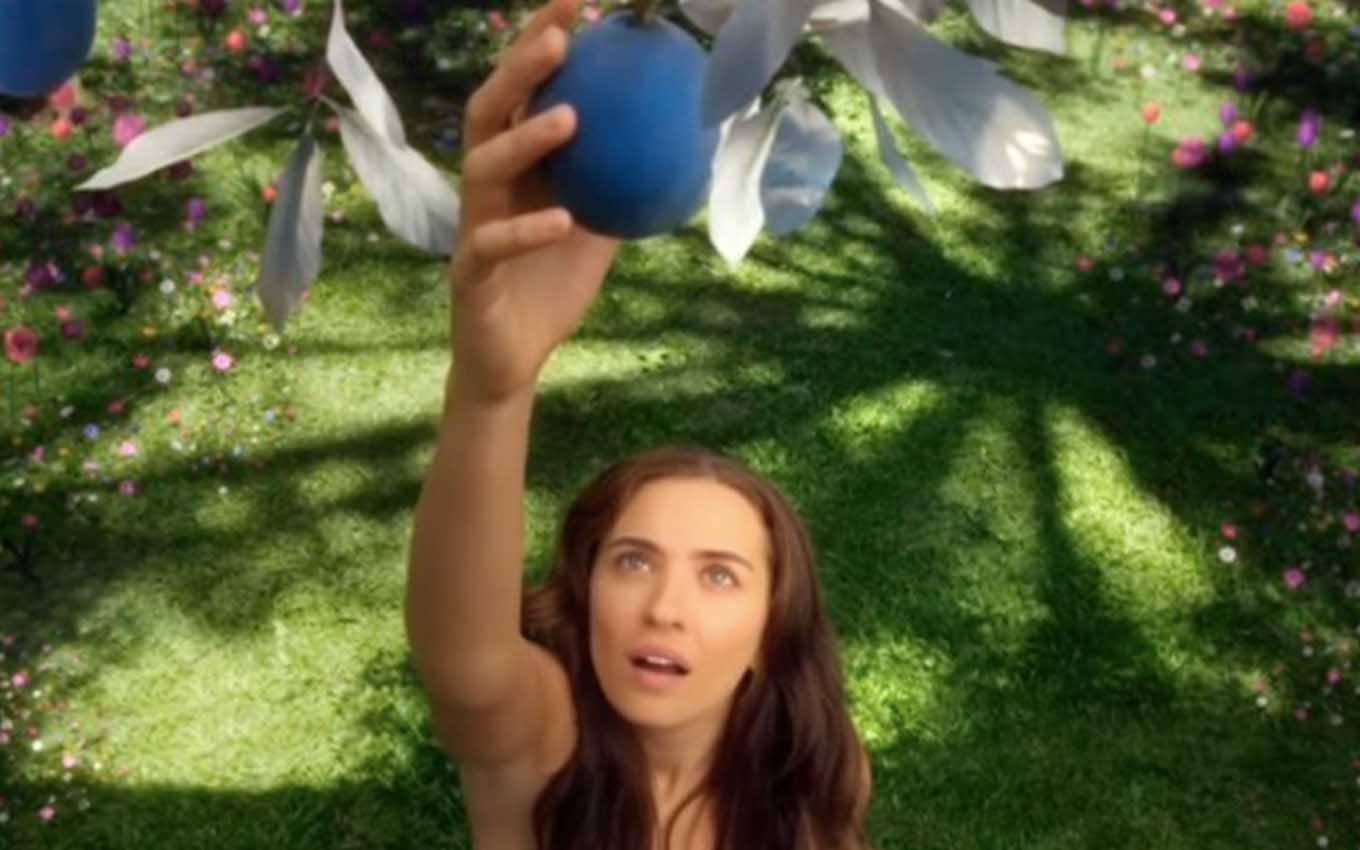 Juliana Boller is amused by declaring that it wasn’t just Eve who suffered severe consequences when she took a bite out of the controversial blue “forbidden fruit” in Genesis. The actress makes no secret that it was a pain to record the main sequence of the first phase of Record’s biblical novel, in which she still had to turn around to act opposite a snake that was only included in post-production.

The interpreter gave details about the production in a chat with reporters Luíza Leão and Daniel Farad at Novelive promoted by TV news this thursday (15):

It was a damn giant blueberry (laughs). The recording was hilarious, because that fruit was made from gelatin and a blue dye that didn’t come out for nothing. It was biting and stopping everything to brush your teeth right there. I was all colored. Thank God we weren’t [ainda] in the pandemic, but even so it couldn’t have much repeat.

The serials by Camilo Pellegrini, Stephanie Ribeiro and Raphaela Castro started to be recorded long before Sars-Cov-2 arrived in Brazil, but due to delays and problems behind the cameras, it had to be postponed twice until it finally debuted in January 2021.

Juliana participated in the first recordings, in which the cast and crew didn’t even dream of the sanitary protocols that made the production process much more delicate and time-consuming. She, however, points out that she also struggled to play the moment when Eve is persuaded by the snake — made entirely of computer graphics.

The snake of Genesis; made in computer graphics

I was imagining these people who make Game of Thrones [2011-2019] or in Star Wars: The Last Jedi [2017] in which the girl plays all the time with a robot that doesn’t exist. You have to imagine everything, because there is nothing to lean on. I clap my hands with those who work in a chroma key studio because it’s very difficult.

She considers the passage more difficult than the clashes with Adão (Carlo Porto) or the death of Abel (Caio Manhente). “It’s very complicated, because in general we react to each other. So, we have to create the whole situation in our heads, it’s almost schizophrenic”, he points out.

In the end, Eva gave Juliana important lessons not only about acting, but also about her own femininity. “We women carry a guilt that we don’t even know where it comes from. I really felt this weight on my back, I was really overwhelmed”, concludes the artist.