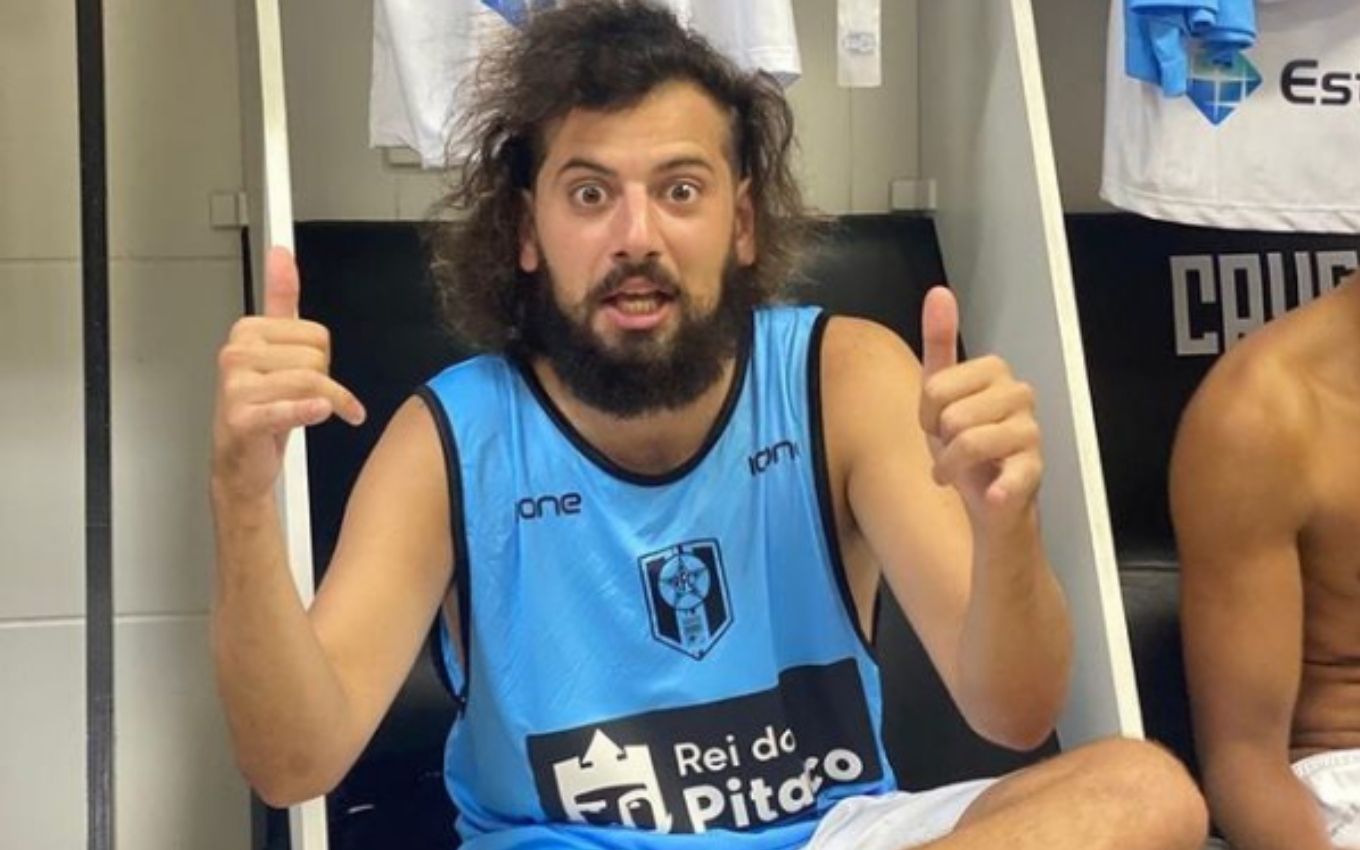 A Fazenda 12 participant and former Globo reporter, Lucas Strabko, better known as Cartolouco, stayed for the first time since he was announced as a Resende player as an option on the team’s reserve bench in a game for the Campeonato Carioca. The possibility of the journalist entering the field made fans freak out on social media.

Cartolouco’s squad took place in the 11th and final round of the Guanabara Cup, in the match between Resende and Vasco this Saturday (24th). He had already been listed once, in a duel against Flamengo, in March. On the occasion, however, coach Sandro Sargentim chose to cut him off the final list.

In his official Instagram profile, Strabko celebrated his first trip to the bench as a professional athlete. “Today there is,” he wrote, posting a photo of himself in the team’s locker room.

The debut, however, was for another opportunity. Resende lost the match 3-1, and Sargentim completed the five substitutions allowed by CBF without opting for Cartolouco.

The 26-year-old journalist was never a professional athlete and was hired, at first, to give more visibility to the elite football club in Rio de Janeiro on social networks using his image as an influencer, producing content. However, after participating in training for the past 43 days, he asked the board and coaching staff to play.

On social media, fans campaigned before and during the game to see Strabko on the pitch. When his entry would no longer be possible, some regretted his absence.

I at least imagined that I would put Cartolouco to play
REVOLTING THE CARTOLOUCO STAYING IN THE BENCH THAT’S WHY I LOST !!! 🤬🤬🤬#CartoloucoDay

I think the cartolouco would enter 🤡

dirty kid not putting the card to play, the team was already leading 3-1 and eliminated from everything, tnc

If you know football, you know that @Cartolouco that game would have changed, he deserved a few minutes on the pitch to show his football

See also the full publication of Cartolouco commemorating his line-up: