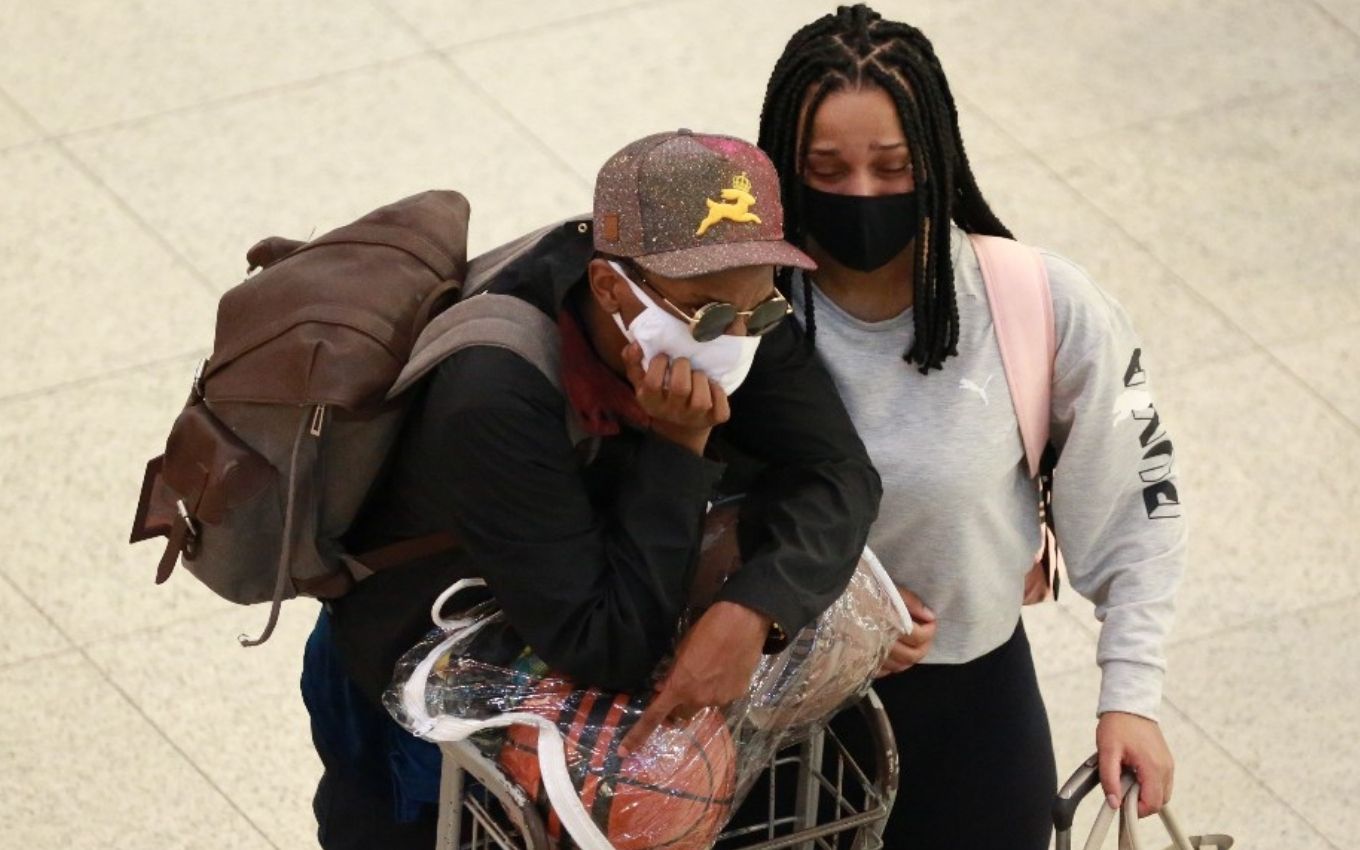 After being accused of betrayal in a live made by Lucas Penteado, his ex-fiancée, Julia Franhani, opened the game about the last moments she lived with the actor. She revealed that he frequently abused drugs and was hallucinated and upset. The young woman said she was also assaulted by the mother of the ex-BBB.

Their relationship came to an end after Penteado performed a live in which he accused his then fiancee of cheating on him with a security guard in the building where he rented an apartment, in Rio de Janeiro. According to Julia, the boy had spent three days drinking a lot of alcohol and cocaine and was upset at that time.

“I came down from the apartment to ask for help, so I could call an ambulance, because he was beside himself. When he saw me with the security guard, he freaked out, already saying that I was cheating on him. Before that, he had torn the whole house apart. in the hallucination that someone was inside,” she said, in a statement to the Extra newspaper.

“We went out on Wednesday (29) for dinner around 8:30 pm. He started using cocaine around midnight, one in the morning. He only stopped at 8 am and started drinking. He drank all through Thursday morning ( 30). And when it was at night, he left again. He came back at dawn more upset than he already was. And he continued using the drug”, she added, who stated that she did not use narcotics.

The makeup artist had a relationship with Penteado for eight months and reported that this was not the first scandal he had caused. “He did several. I was desperate, I cried, I asked him to stop. And, alone, I had nothing to do. And he told me it was no big deal, for me to stop thinking that this was the end of the world. He said that it was going to stop and I believed it. He promised to get better…”, she said.

The two were engaged for four months, but they had known each other since childhood, by relatives and mutual friends. “Our relationship was even calm. But he was very authoritarian, sexist, he wouldn’t let me have friends, wear the clothes I wanted, I couldn’t go out… I lived in Rio de Janeiro with him for three months and I wasn’t even able to meet the I kept checking my cell phone, always thinking I had something,” said Julia.

Aggression and lack of excuses

The young woman also accused the mother of the ex-fiancé of abuse and aggression. “His mother abused me, saying that I was only there for interest, but no, I never had to ask him for anything, everything I achieved by being with him was working with him. His mother already attacked me, she she’s super possessive. She thinks I kept talking about her to outsiders,” he said.

This week, Julia even went to a hospital, having taken too many medications. She said she feels very sad “for not even having received an apology, sad that he didn’t even call to see how I am or to clarify everything that happened”.

The makeup artist made it clear that she just wants peace in her life and that returning with Hairstyle is out of the question. She hired lawyers to handle the case, because, in addition to being exposed on social media, she says that the actor has his personal documents.

“I don’t want him to come to me unless it’s for an apology. And I’ll forgive him. Just like I’ve forgiven the other times. But not back. I’ve been with him all this time, putting up with little and good, swallowing a lot of frogs and now he’s doing it to me. He talks about revolution and doesn’t practice his own ideologies,” she concluded.

Through his press office, Lucas Penteado denied that he was under the influence of alcohol or drugs when he accused Julia of treason. “The actor clarifies that on the day of the events he was not drunk or would have used drugs before going live that night, which can be attested by witnesses,” he said, through a statement, and also added that he did not keep Julia’s belongings. .