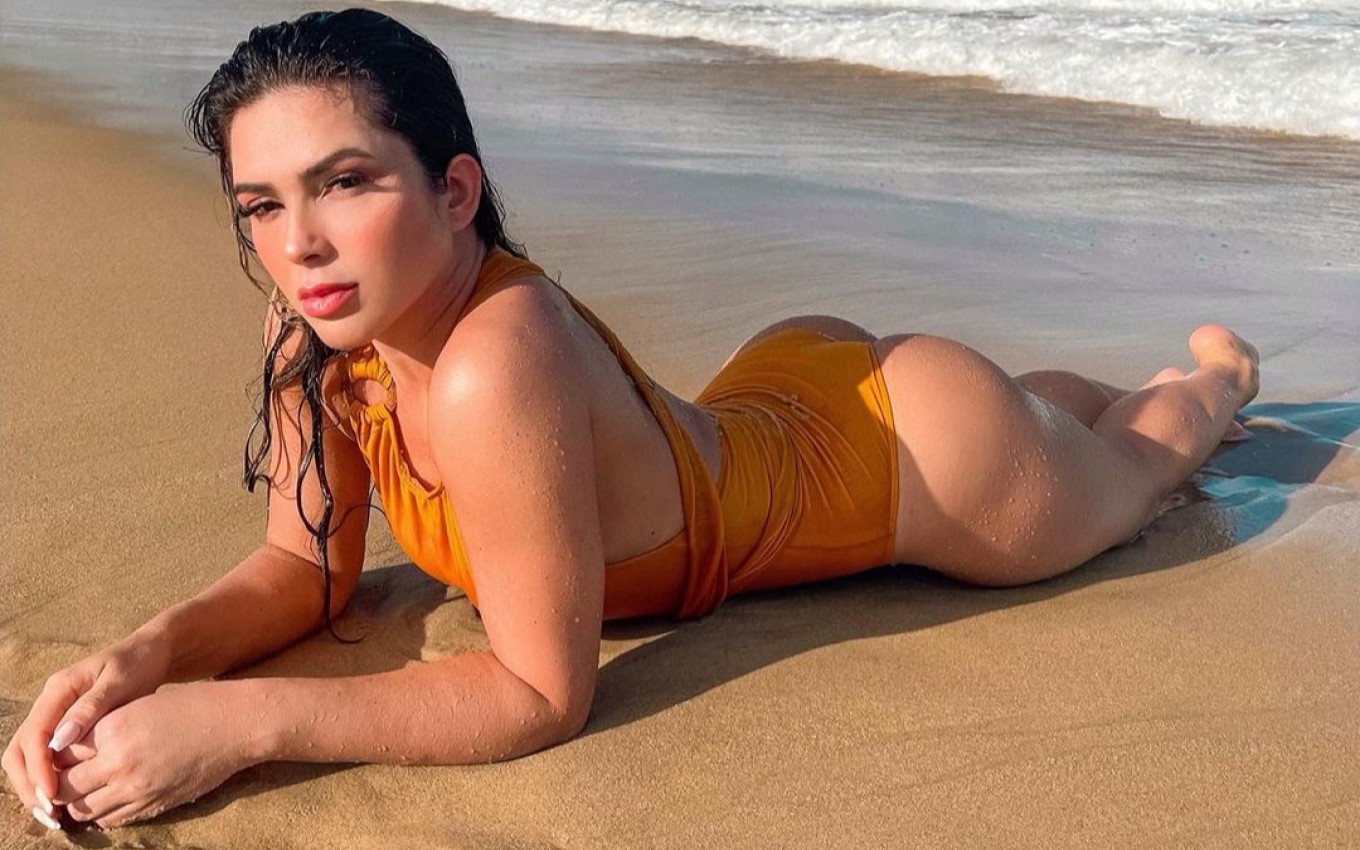 Expelled from the tenth season of A Fazenda, Nadja Pessoa is one of Record’s bets for the reality show A Ilha, an unprecedented project that should debut in July, under the command of Sabrina Sato. The ex-wife of the singer Vinícius D’Black will be confined with other celebrities in a paradisiacal place, where he will dispute a cash prize.

O TV News found that Nadja’s recent change in appearance, shortly after her turbulent separation from D’Black, is related to her new endeavor on TV. She was approached by the company that took over the production of the reality show at the end of last year, and immediately accepted the proposal.

Nadja started to be assisted by Thomas Duarte, the same businessman who manages the journalist Leo Dias. The two have already received a copy of the contract, which is under review. It has not yet been signed, but it will happen within the next few days.

This will be Nadja’s fourth appearance on a reality show at Record. His debut was in Power Couple Brasil 3 (2018). Of so many shacks that she starred with her ex-husband, she ended up being invited to participate in A Fazenda 10, in the same year. After being expelled for assaulting Caíque Aguiar, she won her own program on PlayPlus, Tudo ou Nadja, which had only one season.

The digital influencer has taken advantage of the time before the program’s recordings to make several photo essays, with the aim of creating an image bank for her team to use in their social networks during the period in which she is confined.

Record’s intention is to put the new program on the air between the Power Couple, which ends in July and will be under the command of Adriane Galisteu, and A Fazenda 13, scheduled to debut in September, still without a presenter.

This was a project that Edir Macedo’s broadcaster had had since the beginning of 2020, but the execution had to be postponed due to the beginning of the quarantine last year. Now, with safety protocols already defined, the management understood that it is possible to make the attraction safely.

By the description to which the TV News had access when The Island was formatted, the cast will be confined in a restricted area, all monitored by cameras, and will participate in competitions in other regions of the island. As in A Fazenda, there will be a proving ground.

Despite the location, competitors will not have to look for their own food in the wild. That is, it will not be a “copy” of No Limit. The dynamics of the game will be based on evidence and alliances. The reality show starts with 13 participants.

The original format was developed by Record executives based on an argument by Marcelo Silva, Artistic and Programming vice president. Director of the core of reality shows at Record, Rodrigo Carelli will be responsible for the implementation.

According to R7 columnist Flavio Ricco, there will be 39 programs in all, with the final live. Only two competitors will make the decision: the explorer who finds the most treasures and the one chosen by the public. The amount of the award has not yet been defined. Paraty, in Rio de Janeiro, should be the setting for the recordings.