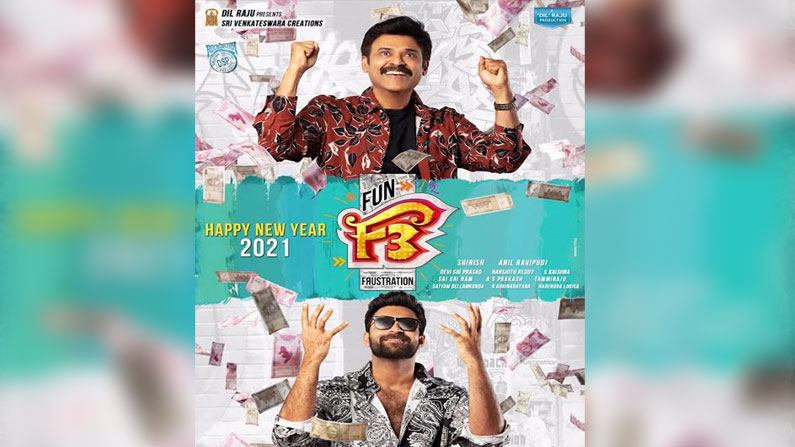 ‘F2’ starring Victory Venkatesh and Varun Tej under the direction of Anil Ravi Pudi was a great success. A sequel to the film is coming soon.

Shooting for the film has recently begun. The film unit released a new poster on Friday wishing them a Happy New Year. In this poster, Venkatesh and Varun Tej seem to be looking at the currency notes flying in the gall. Looking at this poster, it seems that it is adding finance to Fun and Frustration. Director Aneel has been saying that the film will have triple fun from the beginning.

also read: Actress Dia Mirza: Bollywood beauty who says that once you learn Telugu, you will never forget it