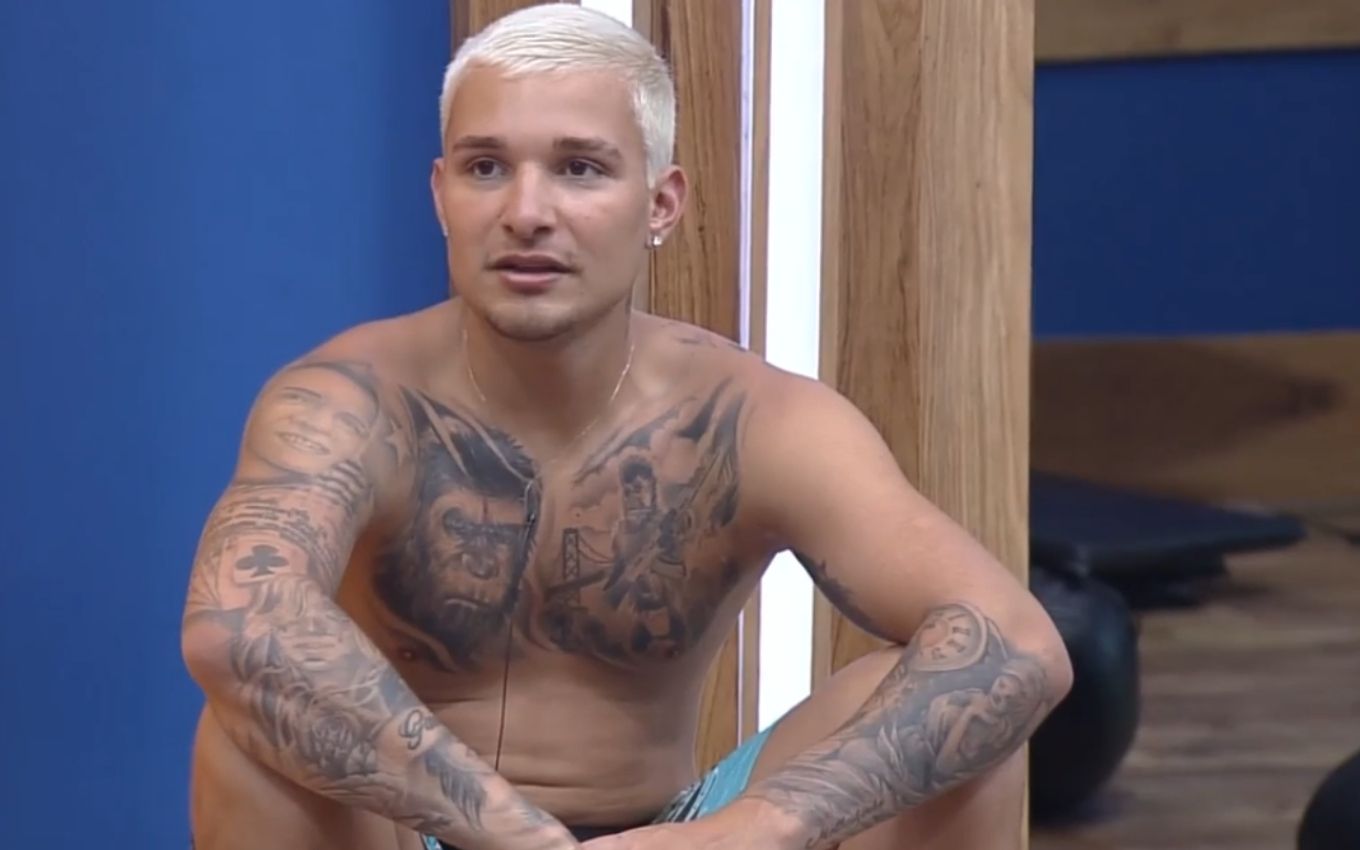 MC Gui has an emotional problem that can hinder him in A Fazenda 2021. Beatriz Michelle, the funkeiro’s fiancée, delivers a point that worries her in relation to the 23-year-old singer in confinement. “I know he has a great deal of difficulty expressing himself. When he’s nervous, he winds up with his speech,” explains the digital influencer.

“When he’s nervous, he ends up prolonging his speech a lot. I know it makes him even more nervous. It’s the only thing that makes me keep my heart in my hand. I know it’s not easy for him”, says Beatriz in conversation like TV news.

The MC and the 20-year-old got engaged on the eve of the premiere of A Fazenda 13. The two have been together for two years, but the reality of Record made the musician speed up the announcement of his engagement. And as soon as he did so, he left calmly for the dispute for R$ 1.5 million, leaving the wedding preparations under the responsibility of his beloved.

“The order was made within 45 minutes of the second half (laughs). We have a date in mind, but it’s not certain. We’re thinking about getting married in November or December 2022. Will said to me: ‘Love, I trust you. leave everything in your hand’. So, I’m here solving things for our marriage (laughs)”, he says.

“We never talked about The Farm affecting our relationship. When he accepted the invitation, we were in a wonderful phase and we continued like that. I always supported him a lot. He even played in there. [do confinamento] and he said that I was happier than he was when he received the invitation. And it’s true. At no time did I have any insecurity. We trust each other too much,” he adds.

The influencer delivers another curiosity about the composer’s departure for the Record program. Negotiations were followed not only by the funkeiro team; his family also approved everything up close. “At his first meeting, we were all present. It was always together.”

“He always saw The Farm as a showcase, an open door to new opportunities. As well as the money, if he wins the edition. The main reason for him to have accepted, of course, was because the reality is what it is. and have the name you have,” he adds.

The funkeiro’s past is full of controversies. In 2019, the singer was accused of bullying a minor with leukemia who was walking around Disney. More recently, he was detained by the Civil Police along with player Gabriel Barbosa in a clandestine casino in São Paulo during a critical period of the Covid-19 pandemic.

Beatriz argues that changing the image is not exactly what her fiance wants with the exhibition on Record. Gui wants to show the general public that he learned from his own failures. “He has a very big purpose of showing who he is to those who don’t know him, who he has become after going through so many things. After going wrong,” he shares.

“The controversy helped in his growth and maturity as a man and a human being. For this reason, he felt ready for this exhibition of A Fazenda, to really get to know him”, he signals.

In addition to the concern to see her fiance having difficulty expressing herself in times of crisis, Beatriz reveals another fear when following the program. “What I fear most is that he feels lonely. Gui is a very needy person. He has a very strong base out here, because his family is always with him, and so am I,” he declares.

“That’s my biggest fear: he won’t be psychologically okay because he’s lonely and he’s not in his comfort zone because he doesn’t have people he can really trust 100%,” he adds.

In recent days, the MC led some disagreements inside the house. Over the weekend, his gossip turned into a widespread shack among pedestrians, with Erika Schneider and Arcrebiano de Araújo excited in an argument with him. For Beatriz, raids are inevitable in a reality show.

“In these fights, I see that he’s trying to be himself in terms of not leaving anything for later. Will is like that out here: he doesn’t like anything unresolved. Sometimes that’s not good. Especially in a game. The feelings they are on edge and, at the time, they are nervous. This leads to a fight,” he analyzes.

“I don’t like to see him fighting. But I know there’s no way to judge this. Fights happen. Living together is difficult. Living with someone you don’t know well is even more difficult,” he says.

If the singer reaches the final and takes the R$ 1.5 million prize, Beatriz confirms the information given by Claudia Castanheira, the artist’s mother and mother-in-law. The musician has the desire to invest part of the amount in an NGO named Gustavo Castanheira – a tribute to his brother who died in 2014. His musical career, of course, will also benefit. “He will use the rest [do dinheiro] to make your dreams come true,” he concludes.

Before entering A Fazenda 13, the funkeiro left the clip of a new song ready. Released last week, the song entitled Forgiveness talks about the judgment of others, the importance of recognizing an error, apologizing and being excused. Check out the video:

Watch the clip for Pardão, new song by MC Gui: