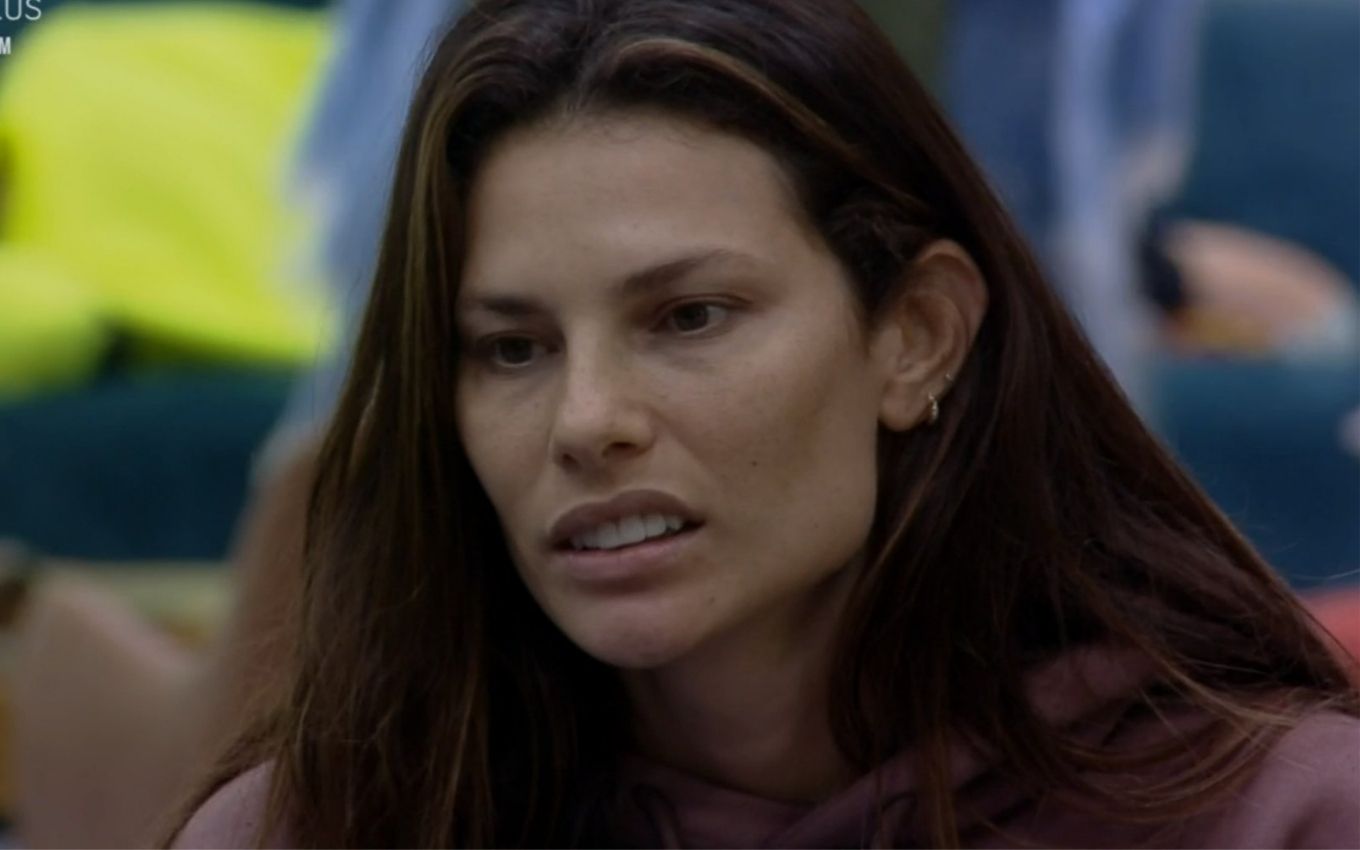 Dayane Mello was involved in a new controversy on Monday afternoon (20) in A Fazenda 13. The model said that she cannot sunbathe because brands do not like brunettes and prefer a white beauty because it is “more elegant”. The speech reverberated on social networks and generated revolt even among famous people.

“I don’t want to sunbathe anymore, I can’t. You know I can’t get too dark for my work, right?”, she said to Tiago Piquilo, who was startled by the information. “It has to be white because the campaigns don’t want a lot of brunette,” she explained.

“They want beauty in a more elegant body than much… Brunette, you know?” Dayane continued, whispering the word “brunette.” “Brands sometimes don’t want a lingerie brand, none of that stuff,” she added.

Columnist Aline Ramos, from UOL, explained that Dayane’s speech is racist not because she explains that the fashion industry prefers white models, something that is already known, but because she relates whiteness to elegance.

On social networks, the speech had negative repercussions and generated requests for the elimination of former Big Brother Italy. “The way she says ‘brunette’ makes her want to vomit in her face,” reacted Samantha Schmütz. “That no brand hires this inelegant one”, wished the actress.

“I feel like throwing up. What an inelegant girl, without a clue. She just talks shit, and it’s not the first time,” Giovanna Ewbank fired, referring also to Dayane’s speech about Duda Reis having invented the assault charges against Nego do Borel to win fame.

O TV news contacted the model’s team, which did not comment until the publication of this text.

Check out Dayane’s speech and some reactions below:

dayane saying that she doesn’t want to get too much sun because of her work, that the campaigns don’t want much of a brunette, they prefer a more elegant beauty pic.twitter.com/7Frl1i8v8J

The problem in dayane’s speech was the way she said it, you don’t have to be from Brazil to know what disgust/repudiation is. She could have just criticized the fashion industry and its standards, but everyone knows she wasn’t. #Afazenda13

The problem in dayane’s speech was the way she said it, you don’t have to be from Brazil to know what disgust/repudiation is. She could have just criticized the fashion industry and its standards, but everyone knows she wasn’t. #Afazenda13

That the industry is racist is nothing new, now the person speaking it in a good way and agreeing with this disgusting thing is the ultimate

She could have said “they prefer a white body” ok this is not racist, now saying that white is more elegant and talking dark whispering with a disgusted face, it was obviously racist, wipe it out anyway, she’s a dick. #AFazenda13 OUT OF DAYANA

Dayane, in less than a week of confinement, managed to relativize violence against women and now associated her white skin with the typical “elegance” of whiteness. I think I’ve seen this movie… you can enter Paula 2.0. #The farm#AFazenda13pic.twitter.com/uF0MF3x1dc