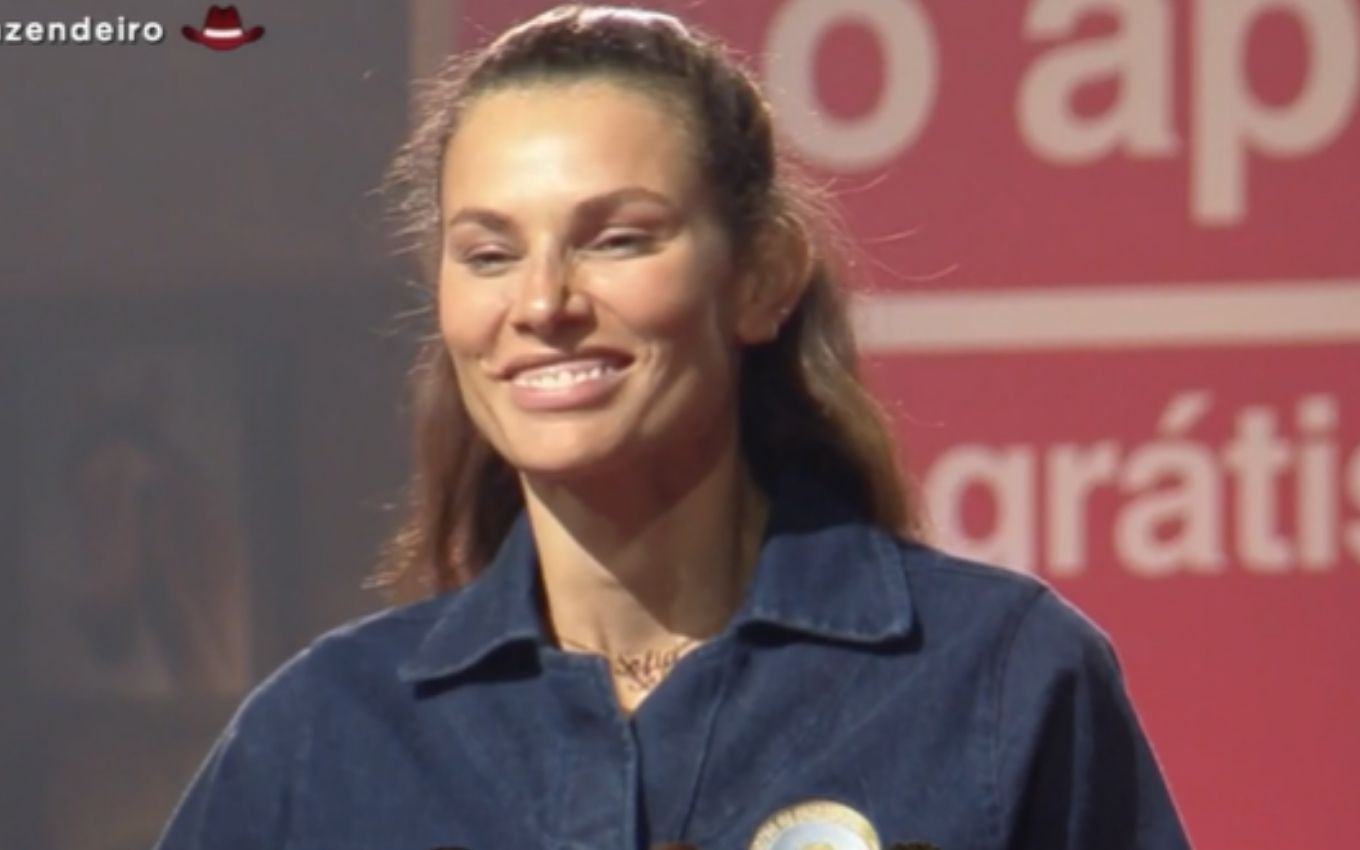 Dayane Mello won the Farmer’s Test this Wednesday (13th) at A Fazenda 2021. The model gave her payback after being cornered by the men of the house and took the chance of Victor Pecoraro taking the best in the competition. Aline Mineiro also competed for the head office’s top hat, but ended up in the hot seat of the week.

The dynamic of the time was sponsored by Lojas Americanas. In the first stage, the roceiros had to fill a panel with cubes illustrated by some electronic products. The cubes were mixed together inside a ball pool. As he finished the initial phase faster, Aline scored 100 points, Dayane finished the activity in second place and scored 75, while Victor took the last place, adding 50 points.

In the second part of the activity, participants needed to pull some levers that revealed score cards, which would add to the players’ initial values. Each roceiro had the mission to move the levers twice in each round: in the first, the card would belong to the competitor, in the second, the participant had to transfer the value of points from another lever to another opponent.

At the end of the third and final round, Dayane established herself as farmer of the week, with 7,775 points. Aline, who scored 6,050, and Victor, who registered 2,700, are in the hot seat of the week alongside Gui Araujo, who did not compete in the competition, as he had been vetoed by Dayane from the competition.

came back on top

Before becoming a farmer on Wednesday night, Dayane had suffered persecution by the men on the rural reality show. In one of the disputes for the head office’s hat, the model had to face Gui Araujo and Arcrebiano de Araújo, who teamed up to eliminate the player from the dispute.

On the occasion, the two pawns aimed at the opponent and even provoked the reaction of Adriane Galisteu. “You’re like that, there’s no way out for you,” commented the presenter. “There was a plot there against me, right?”, Dayane lamented. “Two against one”, completed the commander of the reality show.