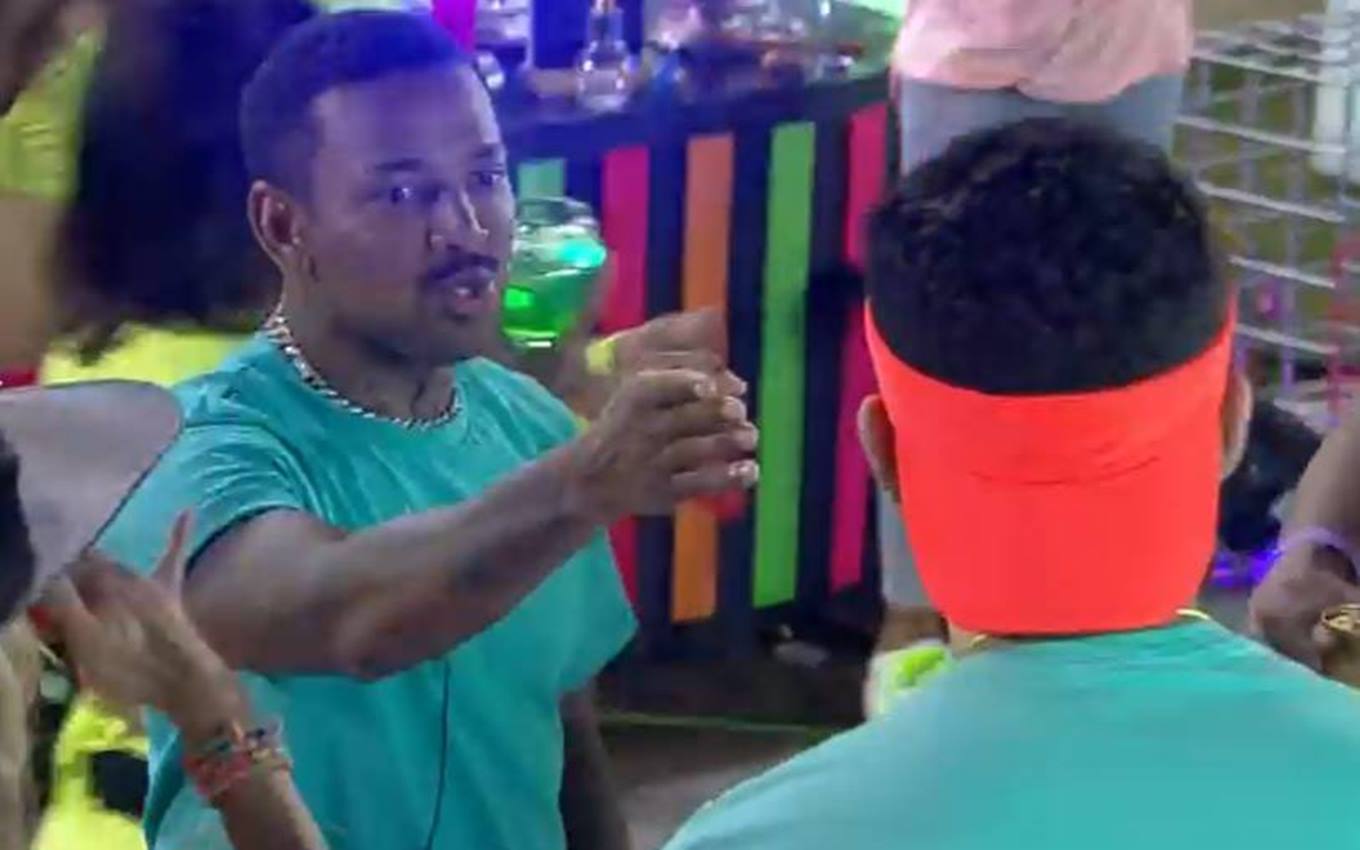 In A Fazenda 2021, Nego do Borel assumed that he had taken a condom to the stall. Rico Melquiades questioned whether he intended to have sex with Dayane Mello, but the funkeiro avoided the question. “No, calm down, man,” replied Duda Reis’s ex. Soon after, the reality production censored the conversation to PlayPlus subscribers.

Standing in a corner of the track, Rico called the singer. “This condom…”, began the ex-MTV in the early hours of this Saturday (25). “Dude, I took the condom,” replied Nego. “For you and her [poderem usar], it was, I’m watching you two,” interrupted the Alagoas.

It was not possible to follow the rest of the conversation, as the camera moved to another space in the party. In another moment of the night, Nego commented on Dayane in conversation with Tiago Piquilo, Victor Pecoraro and MC Gui. “I’m in love. She has the right mouth,” praised the funkeiro.

Last Tuesday (21), MC Gui and Tiago found a condom under the mattress where Nego do Borel was sleeping in the stall. Pedestrians were looking for a spider to kill before going to sleep when they saw the condom. “It’s from Nego,” said Gui.

“Who brought a condom here?” asked Liziane Gutierrez, who was on top of the bunk. “It’s closed,” warned Gui, as he picked up the condom from the floor and put it in the closet. “Could it be from another edition?”, asked Dayane, who gave the funkeiro a brief kiss in the early hours of Saturday (18).