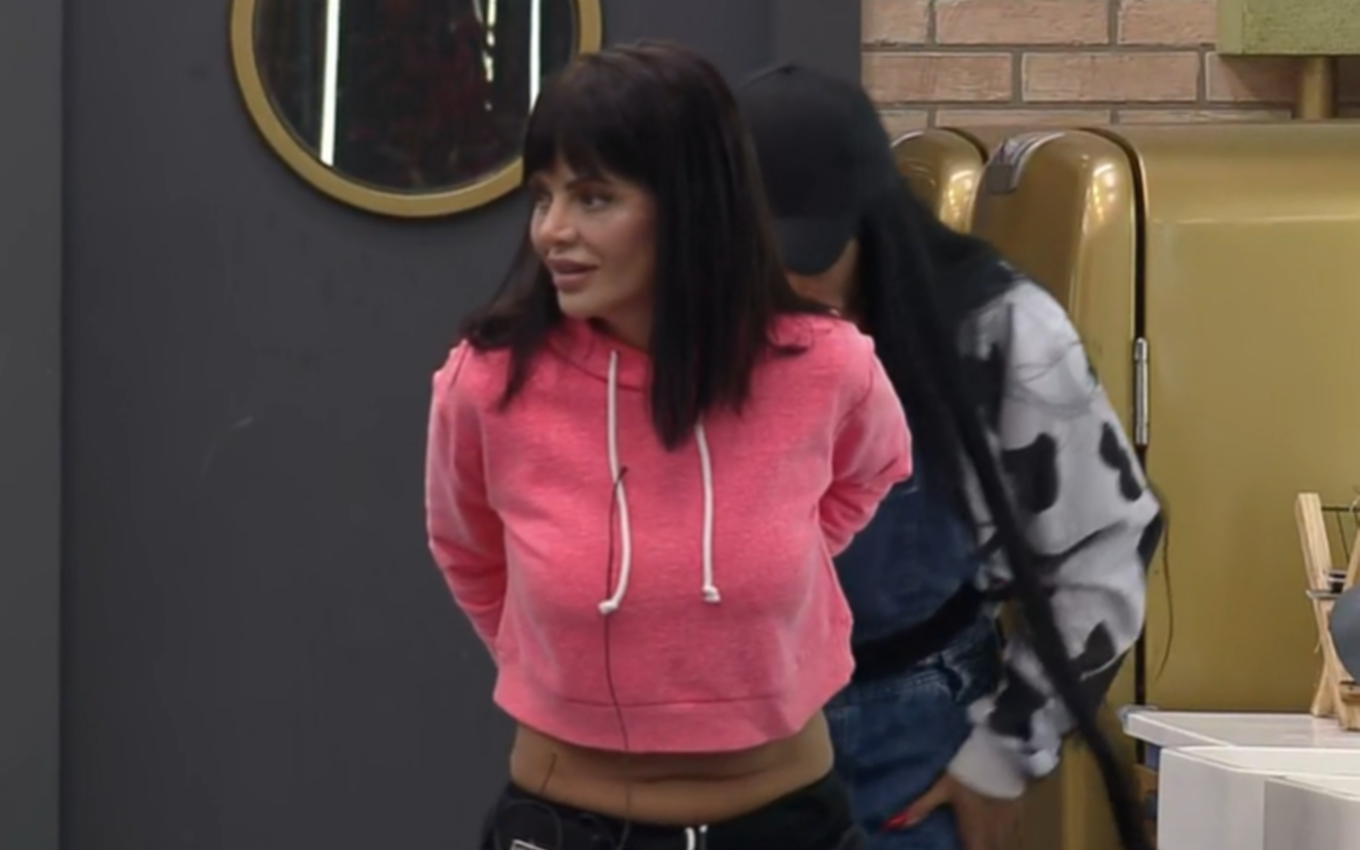 Valentina Francavilla has gotten very close to Fernanda Medrado since she joined A Fazenda 13. This Wednesday (15), the stage assistant decided to show her intimate tattoos to the rapper and lowered a part of her pants. “Wow! Yours is fine…”, the ex-Power Couple Brasil reacted, without finishing the sentence.

In the kitchen of the reality’s headquarters, the singer questioned the Italian woman about the amount of “scribbles” on her body. “It’s 42. Look. I’m all [tatuada], see?” Valentina replied. “Do you have it on your legs? There are many, right? I don’t even know how many more I have,” said Claytao’s ex-wife.

Mouse’s stage assistant, then, praised Medrado’s tattoos and admitted that she wanted to get his hands tattooed. “What if I tell you I regretted it?”, said the rapper.

Then Valentina lifted her blouse and began to show some designs on her body. “I hate this one, look, thinking of doing something else here,” she pointed out, showing an image of a colorful bird.

Before the PlayPlus camera cut off the conversation between the two participants, the Italian even lowered her pants to display a tattoo on her butt and revealed: “This one who had a name [escrito]”. Then he lowered the front of his pants, pointing to the genital region. “Wow, yours is fine…”, Medrado reacted, unable to finish the sentence.

wow but what happened here pic.twitter.com/F7LfCx3O25