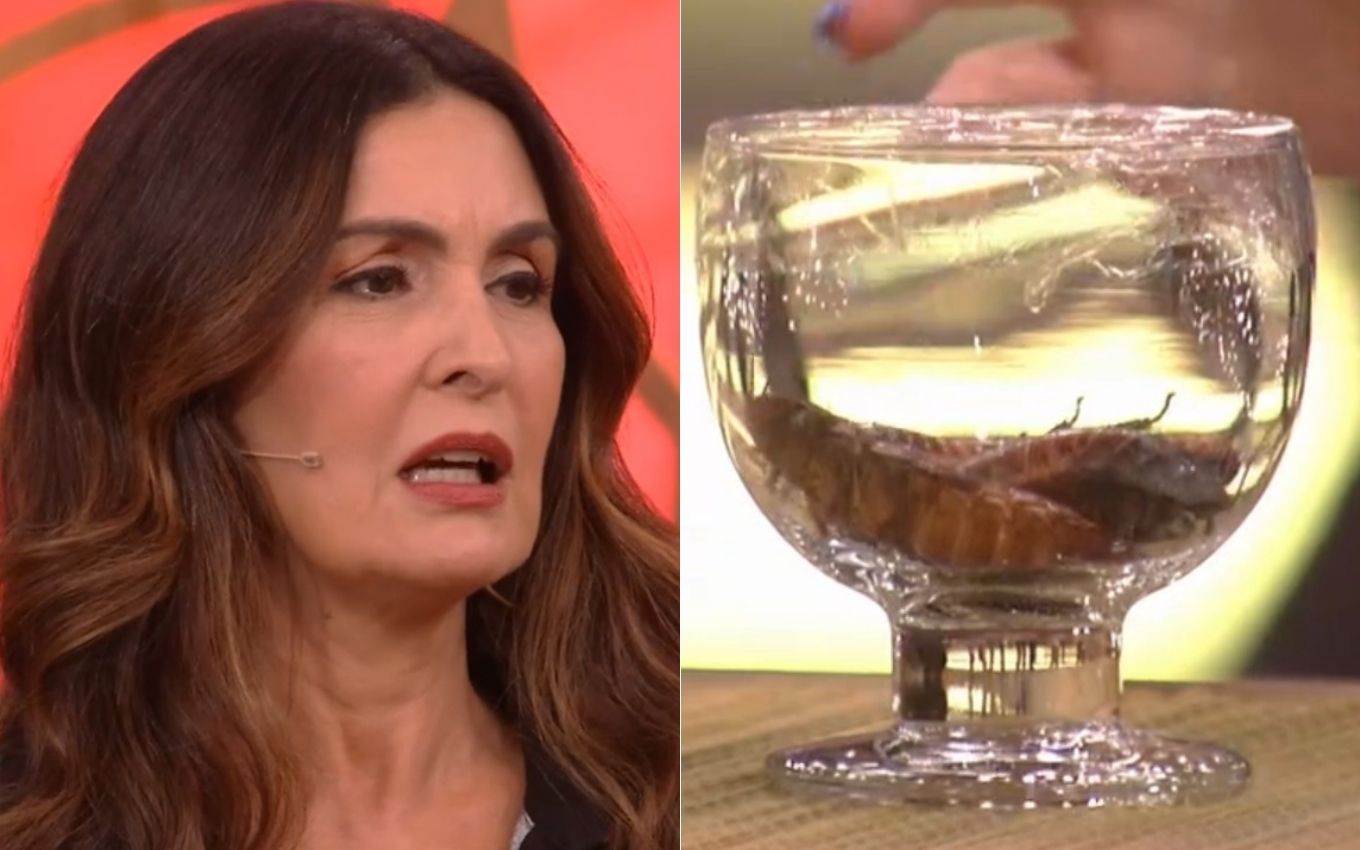 In the frame No Limite no Encontro this Wednesday (14), the morning production tried to surprise Fátima Bernardes with the invasion of the menu served at the Prova da Comida shown the night before on the Globo reality show. The presenter, however, was startled and refused to join in the fun. She explained that she was afraid and agony of cockroaches. “I didn’t deserve this,” he said.

In the last block of the Meeting, Fátima spoke with Carol Peixinho, who was eliminated from No Limite this week. The participant commented on the challenges of the Tasting of Food and said that the most difficult moment was eating the two Madagascar cockroaches alive.

The presenter revealed that she couldn’t even look at the TV while the animals were on the screen. At that point, reporter Mona Lisa Duperron “invaded” the studio with three covered trays. Fatima was startled and walked away from her colleague. “Oh no. What a scare,” he reacted.

“I won’t, I won’t [chegar perto]. It’s no use. Carol, I’ll stop right there by your side. I’m going to go through the screen, I didn’t sign up for No Limite, I don’t want any of that,” said the journalist.

Mona Lisa still tried to insist, but Fatima decided to continue the interview with Carol. At the end of the program, the reporter opened the trays and showed that the items were the same as those served in the reality show: larva, cockroach and goat’s eye. Fatima stayed away from the table.

“I’m not going, Mona Lisa. I’m serious, I had already told everyone here from the production that I was going to be sick. Yesterday I was [assistindo] I almost felt sick at home, can you imagine? I couldn’t look, see bite. I’m going on vacation today, I think they’re trying to complicate my life,” reinforced the presenter.

Fátima Bernardes, who had already danced Barões da Pisadinha with a neon outfit on the show, said she didn’t deserve to go through this in the same morning. Watch the videos below: