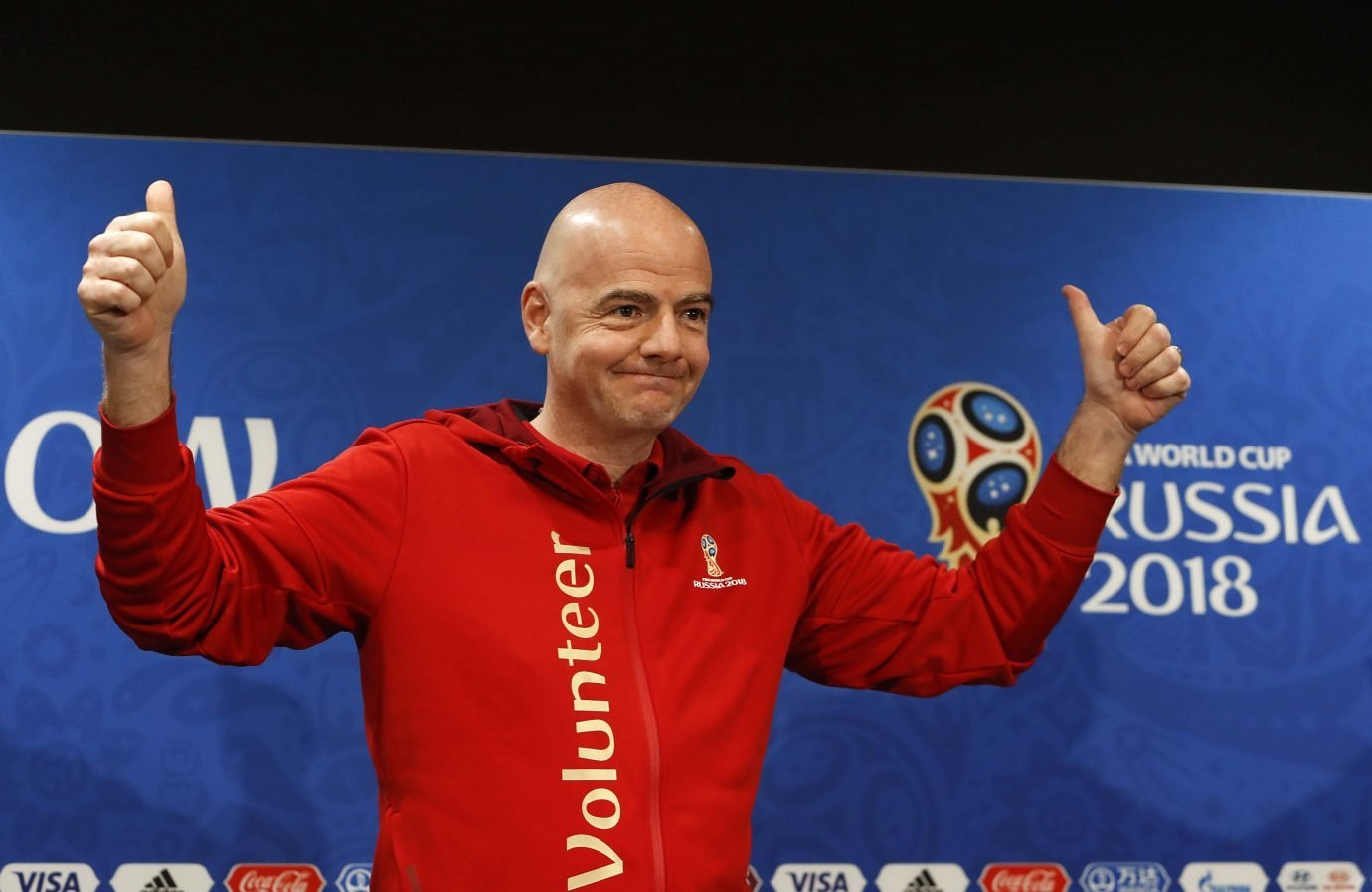 Gianni Infanti, FIFA President: A World Cup with 48 teams has already been decided. Whether it will happen every two or four years is in the process of being evaluated” (Sergei Karpukhin/Reuters)

A World Cup held every two years will not dilute the “magic” of the tournament, as the frequency would have no bearing on its quality and prestige, FIFA president Gianni Infantino said on Tuesday.

FIFA, the governing body of world football, is conducting a feasibility study on the practical issues surrounding holding a World Cup every two years, a move that has been met with fierce criticism by various confederations, clubs, players and groups of fans.

“A World Cup with 48 teams (from 2026) has already been decided. Whether it will happen every two or four years is in the process of being evaluated,” Infantino told media in Israel.

“I definitely believe in having more prestigious events, whether it’s the World Cup or whatever (…) precisely because being a magical tournament is perhaps the reason they happen more often.”

“The prestige of an event depends on its quality, not its frequency. We have the Super Bowl every year, Wimbledon, or the Champions League every year, and everyone is excited to wait for them.”

(Reporting by Rohith Nair in Bengaluru)