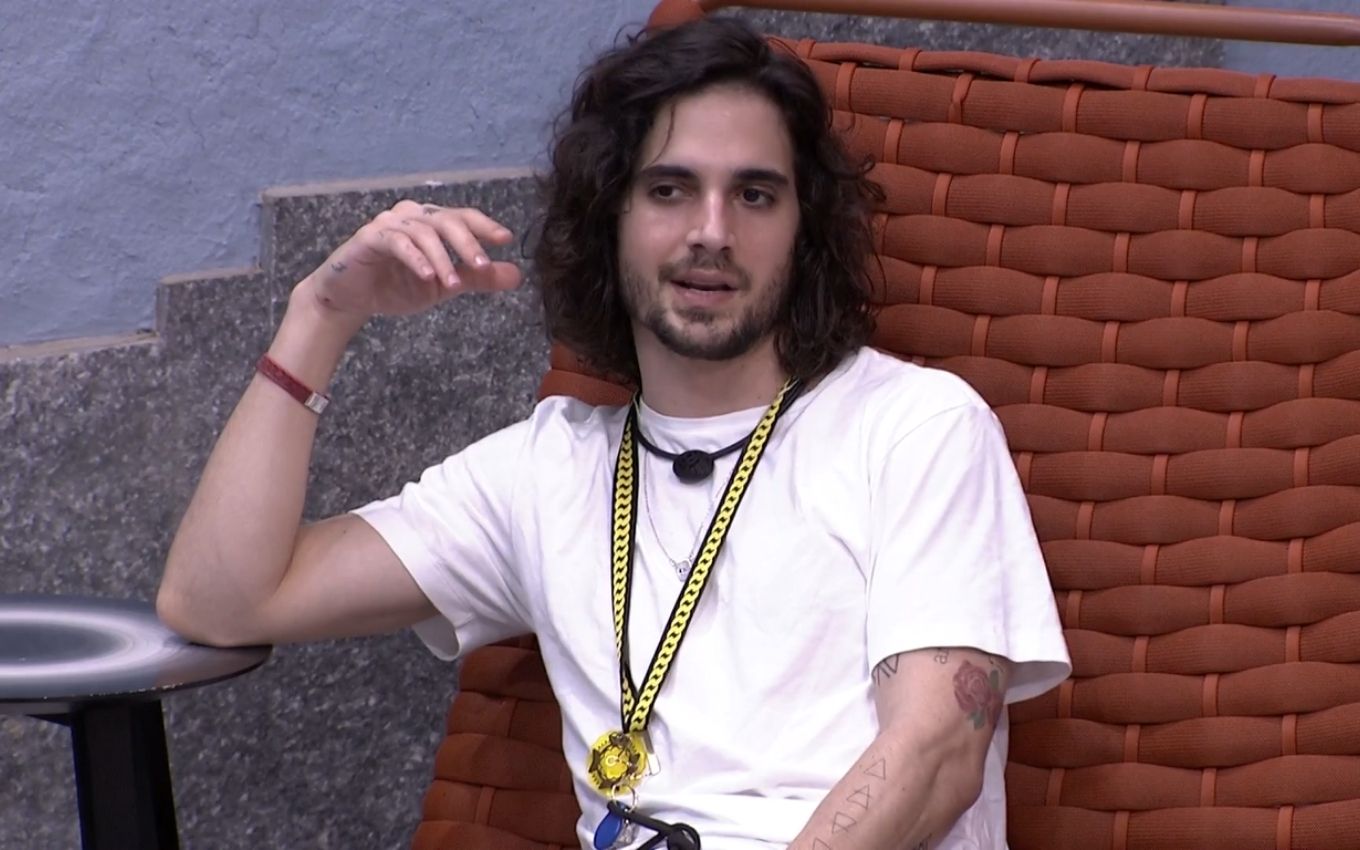 Fiuk did not like to be placed as an extra by Juliette Freire during Monday’s Game of Discord (15) at BBB21. The actor recalled that in the first week the lawyer flirted with him as a joke and bet that if they were a couple, he would have been placed as a supporting actor. “I wanted to kiss me,” said Cleo’s brother.

“She wraps herself around the words, said she has no extras, and Tiago [Leifert] said she had to have it, she put a lot in there “, analyzed Fiuk.” Tiago was irritated with her “, observed Sarah Andrade.” He was irritated because of the time she spent “, agreed Gilberto Nogueira.

“She did it well on purpose, she likes to steal the scene,” said the actor and singer. “It’s not silly or anything. He likes to give a little show, this since the confessional,” he added, remembering when Juliette spent too long doing an x-ray and was scolded by Lumena Hallelujah.

“I think it’s her way,” defended Sarah. “I thought: ‘ah, extra, but I wanted to kiss me, right?’, Naughty girl”, continued the boy. “If I had kissed you, I would have been supporting you there,” he continued. “Or protagonist,” laughed the blonde.

“She jokes, but I think it’s just a review,” pointed out Gil. “I like her very much, but I think she wanted to get someone in here,” said the digital marketing consultant. “Do you think? I think only Fiuk”, disagreed the economist. “No, she already played with other people,” replied Sarah.

I’m going to do a thread with parts of the conversation between Fiuk, Sarah and Gil about Juliette, listen carefully. pic.twitter.com/Uug5yljUve