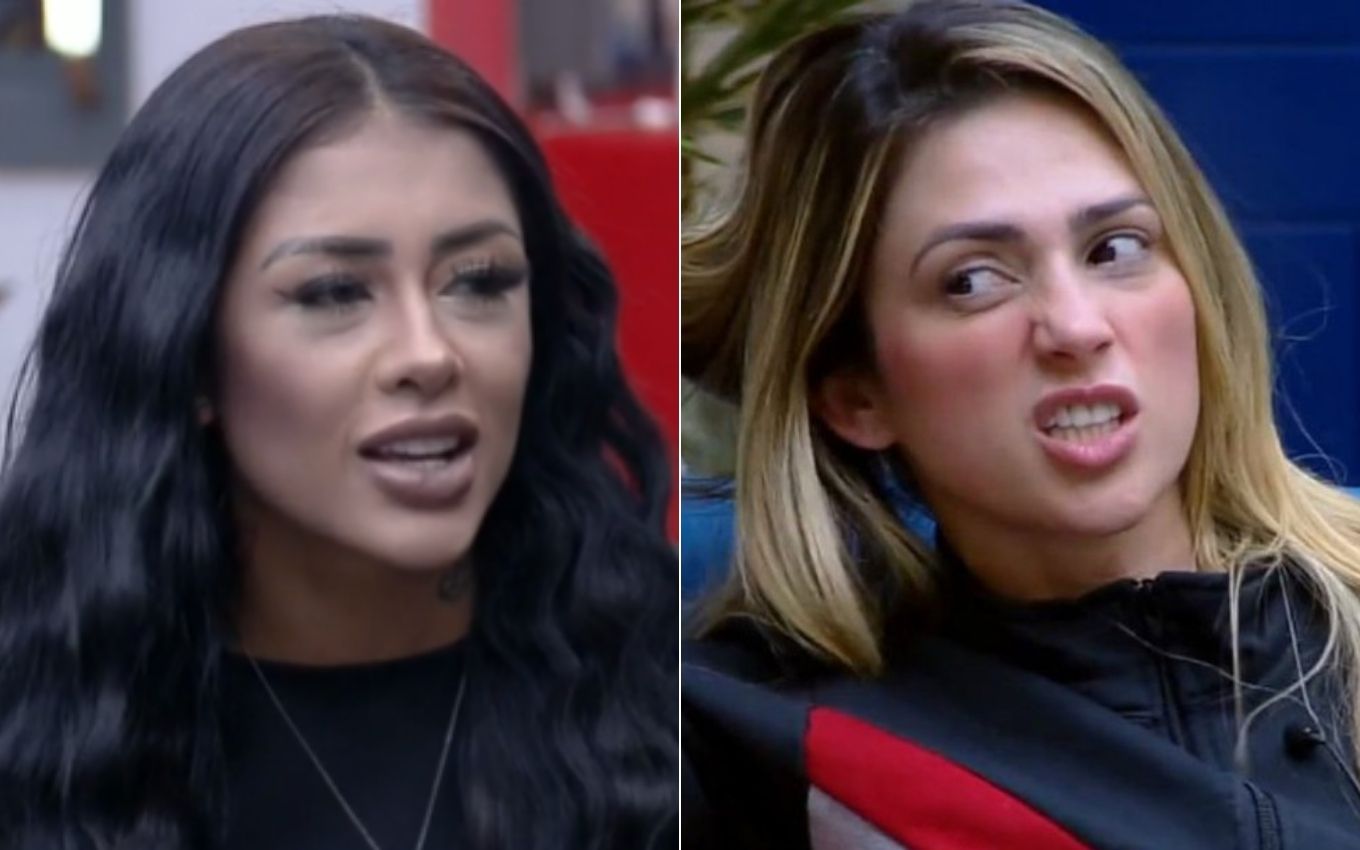 Fernanda Medrado surprised the audience by starring in live shacks and strong clashes with Claytão, her husband, in less than two weeks of Power Couple Brasil 5. Thus, the rapper started to follow a trajectory similar to that of Nadja Pessoa in the reality of couples. Check out five proofs of this similarity between the famous ones.

Vote ->Márcia, Medrado or Pimpolho: Who should stay on the Power Couple?

Medrado was already known within the world of music, but was still far from success with the general public. In 2018, Nadja was in a similar position, as the “star” of the then couple was Vinicius D’Black, a finalist for The Voice Brasil in 2017.

However, the confinement caused both to arouse rivalries with other competitors, which led to live barter exchanges and a lot of entertainment for fans of Record’s attraction. The participants’ husbands also heard several scolding from their loved ones during the ups and downs of the program.

Despite being hated by the reality contestants, Nadja and Medrado won over a crowd of fans, who asked the network to cast the women for another reality show, A Fazenda. In 2018, the request was granted. Now, in 2021, it remains to wait for the scenes of the next chapters. Check the list:

Unknown to the general public

Before entering reality, in 2018, Nadja acted as a businesswoman and was well out of the spotlight. On the other hand, even with a consolidated rap career, Medrado found himself in a situation similar to that of D’Black’s ex-wife.

However, the passage through the reality of couples made women win new fans and fall into the mouth of the people. While the rapper continues to cause within the program now led by Adriane Galisteu, Nadja earns as a digital influencer and is scheduled for Ilha Record, the network’s next reality.

Constant fights with her husband

In a reality show such as the Power Couple, the popular saying “in a fight between husband and wife, nobody sticks a spoon” is obsolete, given the cameras and the pressure of confinement. However, in addition to the fights with rivals of the game, Nadja and Medrado had strong frictions with their respective husbands.

Wrong bets, past conflicts and strangeness at the Power Mansion have entered the list of reasons for participants to start a mess with their loved ones. Thus, the supposed partnership and complicity expected of a couple went down the drain between them.

Strong rivalries in the game

In addition to the fights with their husbands, the participants made history in the reality with strong rivalries. In the third season of the program, Nadja starred in major conflicts with Letícia Oliveira (then a woman from the backlander Marlon), in addition to friction with Lilian Simões (woman from MC Créu) and ex-BBB Franciele Grossi.

In less than two weeks of play, Medrado already has a declared rival: Deborah Salomão. The two have already starred in several disagreements in the house, including the live program. The singer also fell out with the couple Matheus Yurley and Mari Matarazzo, besides highlighting that the hug of the influencer “has superb”.

Success on the internet

While they cause within the game and are hated by the participants, Nadja and Medrado conquer a legion of fans on social networks, precisely because they are willing to star in shacks. Fans of reality are amused by the feuds of women, which also turns into a new business opportunity.

Nadja conquered a reality show about her life, Tudo ou Nadja (PlayPlus, 2018), and continues as a digital influencer and media personality. On Instagram, the blonde has over a million followers. While confined, Medrado is also successful on the web with the shacks and increases his fan base.

Standing in A Fazenda

For Nadja Pessoa, the Power Couple served as a “springboard” for another reality show on the broadcaster: A Fazenda 10. In the rural reality, the businesswoman continued playing in shacks with her confinement colleagues until she was expelled for assaulting the actor Caíque Aguiar.

In the case of Medrado, his fans have already started the campaign for Rodrigo Carelli, director of Record’s realities, to select the artist for the next season of rural confinement, which remains without a presenter defined so far.

Find out all about reality shows with the O Brasil Tá Vendo podcast: