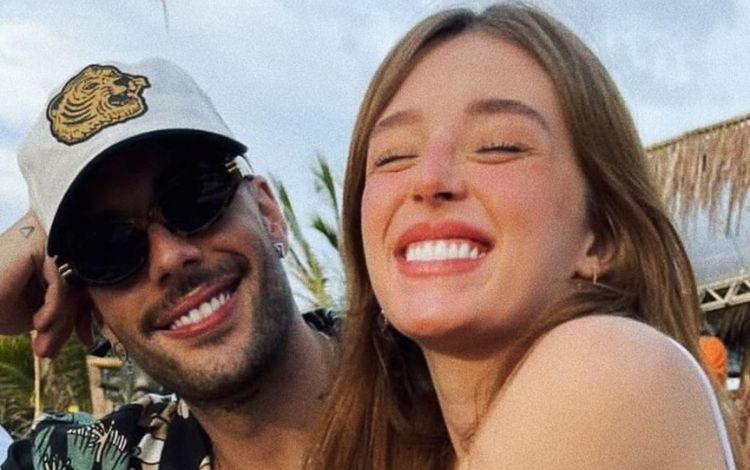 ‘My fans have always been and are 100% yours! Voa’, posted the influencer after Anitta’s ex-boyfriend was confirmed on Record’s reality show, which debuts on September 14th

Even without knowing who will be all the participants of “The Farm 13”, To digital influencer Duda Reis has already declared his support for the also influential Gui Araújo. The singer’s ex-boyfriend Anitta is already confirmed in the reality of Record that debuts this Tuesday, 14. “We were all looking forward to this moment. We had idealized, together with your friends and your team, this day since the beginning of the year… and if there is one thing that you are, that thing is deserving! May everyone meet the ‘Guilherme’ that I and very few people know. Good luck and go all out, boy! Gui, my fans have always been and are 100% yours! Fly”, wrote Duda in Instagram stories. Who will also be in this new edition of the reality show led by Adriane Galisteu is the influencer’s ex-boyfriend, the singer Nego do Borel.

The relationship between Duda and the artist ended controversially and ended up in court, because she accuses the singer of domestic violence. When it was revealed in “Hoje em Dia” that Nego do Borel will be in “A Fazenda 13”, the singer said that he should not be summoned to testify by the police during the confinement, as his lawyers are solving the legal problems in which he is involved. . At the time, Nego also did not rule out talking about his relationship with Duda in “A Fazenda 13”: “I don’t want to talk about my ex, today everything is up to the courts, but I have to talk about some things because I was wronged”. As Gui is Duda’s friend, fans of the reality show are already predicting friction between him and Nego do Borel.