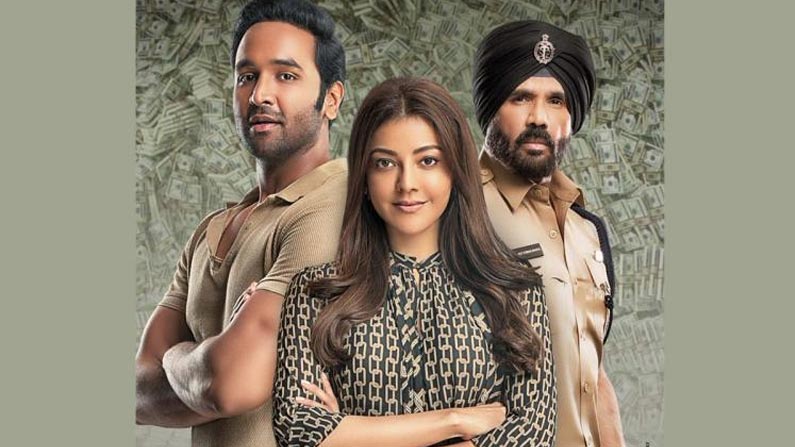 Mosagallu Movie Twitter Review: Manchu Vishnu Seeni’s big budget movie ‘Mosagallu’. Star heroine Kajal Agarwal played the role of Vishnu’s older sister in this film, which was produced by Manchu Vishnu for the first time. Vishnu produced the film under the banner of AVA Entertainment, 24 Frames Factory. The movie was directed by Hollywood director Jeffrey Gee Chin. The film is based on the biggest IT scam in the world. It was released in Telugu, Tamil, Malayalam, Kannada and Hindi on March 19 on the occasion of Mohan Babu’s birthday.

But those who have seen the premiere show of fraudsters in the US before in our country are expressing their opinion on social media. Vishnu, Kajal, Sunil Shetty and Naveen Chandra acted wonderfully in this movie. The movie has received positive talk so far. Another strength of this movie .. Taman is commenting on the music. Without any expectations .. if you go to the theaters .. the movie will be more impressive .. the pre-interval and climax are good, he said. If so .. the movie seems to be going a bit slow .. it is not one .. the whole movie is super .. they are tweeting that it is going to be a blockbuster. If you look at it .. it seems that Manchu Vishnu has tried hard this time. So far in Vishnu’s career, only a handful of films like Suryam, Dhee and Ready for Anything have impressed the audience. Lastly, Vishnu acted in ‘Achari America Yatra’ and ‘Otter’. It seems that The Fraudsters movie produced with a huge budget is going to be The Best Movie in Vishnu’s career.