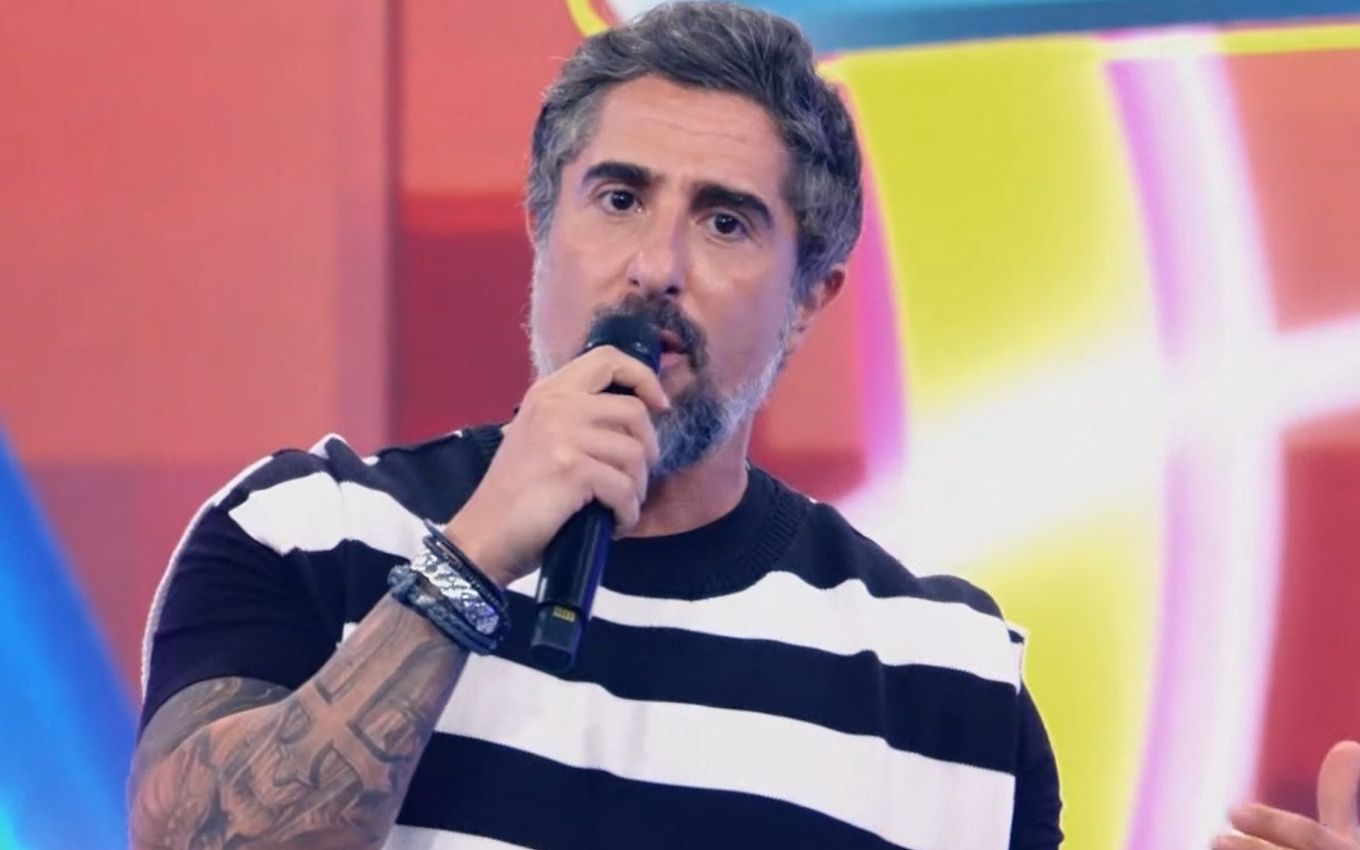 Marcos Mion presented Caldeirão with a short-sleeved shirt this Saturday (2) and showed his arm full of tattoos. Despite not mentioning Record, the communicator left between the lines that there was a rule that prohibited the use of this type of clothing in his former station.

“Are you watching the Cauldron? Look at me in a T-shirt for the first time on TV since I closed my arm! How strange, for never having happened before, but how liberating because I know it will be constant now!”, celebrated the Cauldron commander.

The presenter has had this part of his body closed with tattoos since 2016. In A Fazenda, Marcos Mion always appeared with long-sleeved shirts, coats or blouses that covered his entire arm. Record tends to be rigid with the appearance of its presenters.

Earlier last year, when Xuxa Meneghel hosted The Four, she was prevented from running the show with pink hair. In an interview with RedeTV!’s TV Fama, the eternal queen of the little ones confirmed that she needed to change the color of her locks. “It’s true,” he limited himself to saying.

O Fofocalizador, from SBT, reported that the presenter had to remove the dye using a basin of water in February. Sasha Meneghel accompanied her mother and would have seen the scene.

O TV news anticipated that the problem was that Xuxa did not notify the broadcaster of the change, contrary to a contractual clause. It is customary in the television market that the contractor must notify his contractor in advance before making any drastic change in the look, because this has implications for the costumes and the scenery, for example.

are watching the @boileroglobe ?? Look at me in a shirt for the first time on TV since I closed my arm!! How strange, to have never happened before, but how liberating to know it will be constant now!🙌🏼🙌🏼