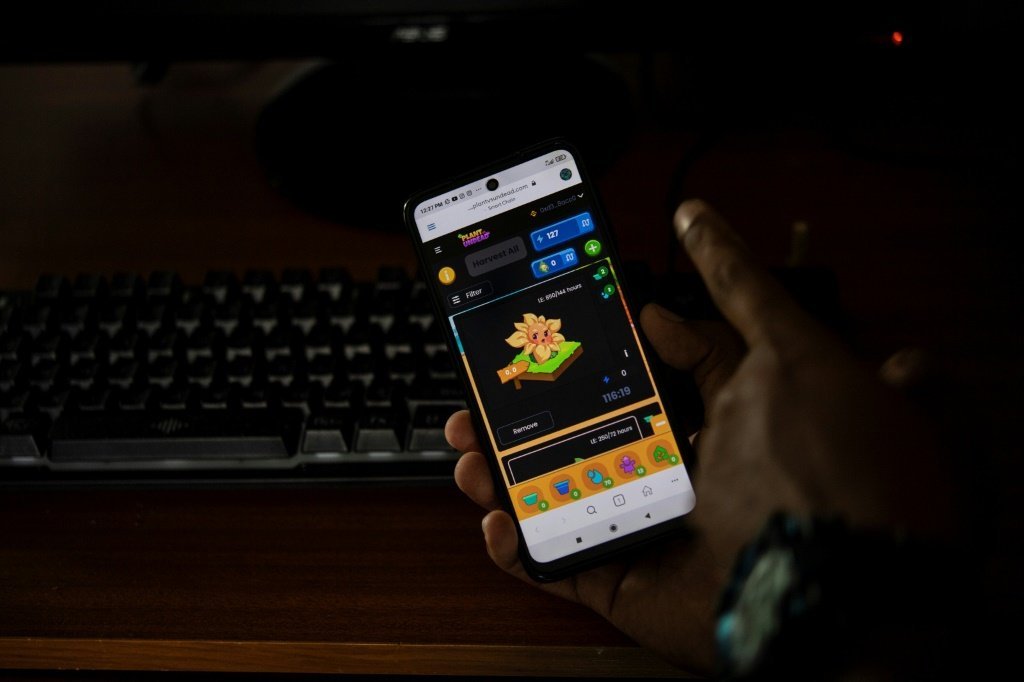 Zacary Egea’s first investment: $80 in a sunflower and some digital shoots, which will eventually allow him to buy a seed to “plant” a tree, which he can sell for $2,000 when he grows up. (JAVIER TOVAR/AFP)

Zacary Egea wakes up nervous in the middle of the night. “The plant!” he exclaims before jumping to the computer and confirming that everything is fine. He is one of the many Venezuelans who support the games NFT as a way to earn money.

Zacary, 32, plays Plant Vs. Undead, in which he grows virtual plants that he can sell, after an initial investment that pays off if all the program’s instructions are followed.

These electronic games are based on non-fungible tokens (NFT), digital assets on blockchain technology platforms – the same used with cryptocurrencies – which can be exchanged for cash.

He was a police officer for nine years, but hung up his uniform because of the low salary he earned in a country going through its eighth year of recession and fourth year of hyperinflation, and where the local currency and savings capacity have been destroyed.

“What do I want with this? Saving up money to have a house of my own to have my family,” this man who lives with his mother in an apartment complex in a popular area of ​​Caracas told AFP. “It’s a long-term projection.”

With about $300 he saved by working as a motorcycle taxi driver and delivering an application – his current job – he improved his computer and started playing games.

Before, it opened a digital wallet to process NFTs in order to exchange their winnings for real money.

His first investment: $80 in a sunflower and some digital cabbages, which at some point will allow him to buy a seed to “plant” a tree, which he can then sell for $2,000 when it grows. 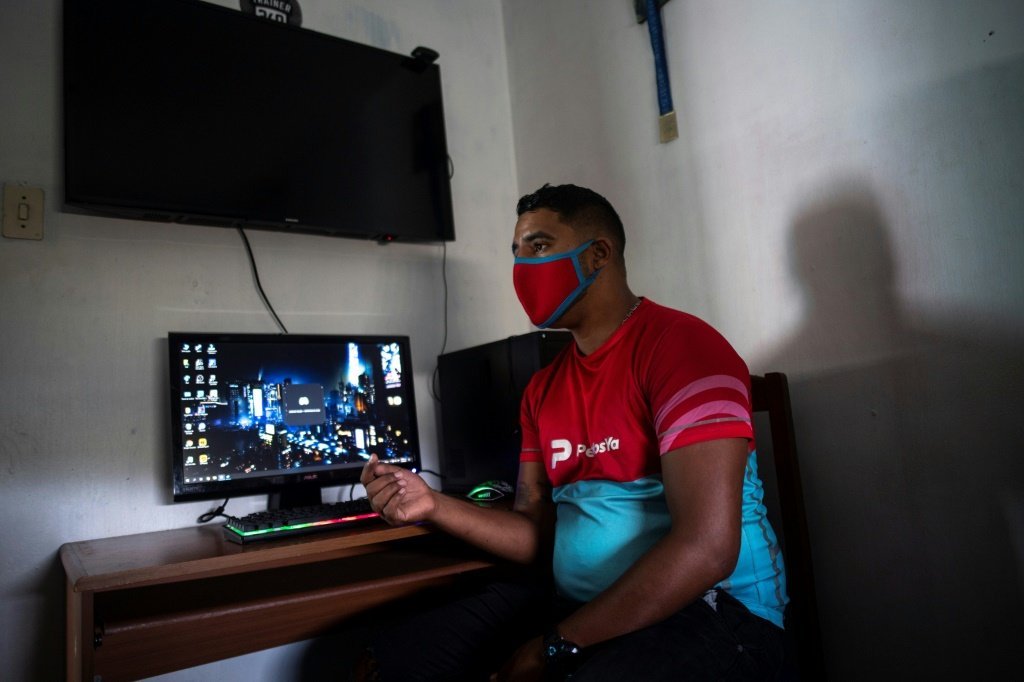 Zacary Egea was a police officer for nine years, a career he abandoned due to his low salary.

Zacary Egea was a police officer for nine years, a career he abandoned due to his low salary. (JAVIER TOVAR/AFP)

In a school notebook, he records the details of his trade’s behavior, with market data like a stockbroker.

“At 6 in the morning I’m stopped watching the game. After I go out to work on the street, I pay attention (on my cell phone) to water the plant, so that I don’t have a crow” that harms it, he explains.

“One night I was asleep and woke up restless… ‘The plant!’ And I got up to connect. But it was okay,” he remembers laughing.

It is increasingly common to hear about NFT games on the streets, especially in the working class neighborhoods of Caracas.

A grocery store owner suddenly appears and interrupts a group that is talking about the subject. “Are you talking about ‘Plant’?!” he asks enthusiastically. “I want to get in.”

A sample of the attraction generated by these video games is that among the 50 most visited sites in Venezuela, according to Amazon’s Alexa index, Plant Vs. Undead appears in 18th place, and in 35th is Axie Infinity, another NFT game in which the user fights with creatures called “axies” that are also digitized as exchangeable tokens for cash.

The Axie Infinity game requires a much larger investment, around a thousand dollars, to participate.

Olmos warns that games “create their own economy”. NFTs “come with a base price that starts to rise as players get excited,” but they can also drop in value, he emphasizes.

One modality that is gaining strength is the “stocks”: an investor pays for access to the game and hires a player, usually a teenager, to generate profits and make his investment profitable.

“An Axie account (…) can make an average of 500, 400 dollars a month with a grant”, and that’s enough “to support a family”, explains Yerson Rivero, who invests in cryptoactives and plays in NFT.

In Venezuela, the basic food basket costs $220, according to private estimates. And a minimum wage equals 2.5 dollars a month.

Yerson, with Jesús Almerida and other friends, set up a discreet office in the back of an auto repair shop to invest in cryptoactives. They have three computers and spend their days watering virtual plants.

“Cryptocurrency is a business of the future,” says Jesus. “I decided that, when I had good capital, I would . . . create a cryptowallet for each of my children . . . to pay for their university.”