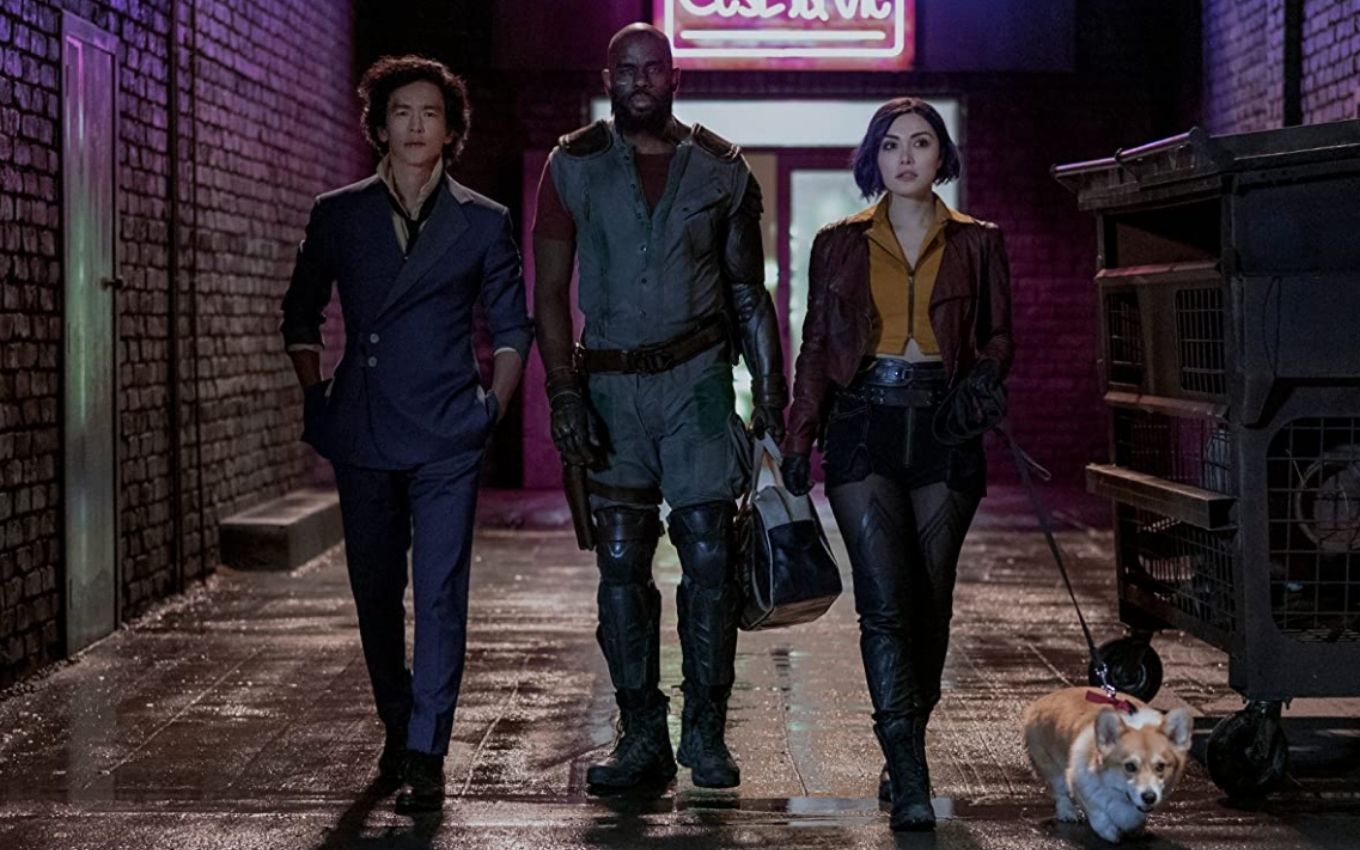 Second year in a row affected by the Covid-19 pandemic, 2021 reaches its final quarter with some series releases much awaited by fans and streaming service subscribers. Titles such as Cowboy Bebop, on Netflix, and Gavião Arqueiro, on Disney+, are among the main premieres set for the coming months.

With September being the traditional month for launching new series in the United States, some long-awaited productions have already shown up and are feeding the curiosity of pop culture lovers. This is the case of Foundation, title of Apple TV+ based on the literary series Foundation, written by Isaac Asimov (1926-1992).

For the teen audience, the adaptation of Eu Sei What You Did Last Summer promises to mobilize Prime Video subscribers. The series, based on the eponymous book that inspired the 1997 feature, brings together students, mystery and sex, elements that have become essential in teenage narratives in recent years.

At Disney+, attractions such as Hawkeye and Boba Fett’s Book are respectively the newest chapters in the stories of the cult Marvel and Star Wars franchises. There is also A Roda do Tempo, a literary series that has become a worldwide phenomenon and will be available on Prime Video.

Less known to the general public, but much cited among lovers of drama series, Y: 1883 also promises to move the press and social networks. The new attraction is a prelude to Yellowstone, a series that debunked The Walking Dead as the most watched on US pay TV.

Check below some of the main streaming releases in the second half of 2021:

Conceived by David S. Goyer, screenwriter of the Batman trilogy directed by Christopher Nolan (Interstellar), Foundation takes thousands of years into the future and tells the story of Hari Seldon (Jared Harris), a scholar who discovers a way to predict a catastrophe unprecedented capable of overthrowing the Galactic Empire.

The announced tragedy will place the human race in an age of darkness, in which all knowledge would be lost and man would return to barbarism. Seldon then sets out on a journey to save society as he knows it. The cast features the likes of Lee Pace (Guardians of the Galaxy), Terrence Mann (Sense8), Lou Llobell (Travelers) and Laura Birn (Death Hunt).

With just three episodes aired, the series has already been renewed by Apple TV+ for a second season.

I Know What You Did Last Summer (October 15)

Written and produced by Sara Goodman (Preacher), the production is based on Lois Duncan’s 1973 novel, which was also the basis for the iconic 1997 film starring Jennifer Love Hewitt and Freddie Prinze Jr.

In the plot, a group of teenagers run over an unknown man on the night of his high school graduation. Believing that the victim is dead, the group throws the body into the sea and decides to pretend nothing happened.

A year after the fatal car accident, they find themselves chased by an assassin. As they try to find out who is after them, the young men reveal the dark side of their seemingly perfect city — everyone is hiding something.

The first four episodes premiere Oct. 15 on Prime Video, with the remainder coming weekly on the platform.

Inspired by the New York Times bestselling book written by Beth Macy, the attraction will debate America’s struggle against opioid addiction in people.

Adapted from one of the most popular animes in history, Cowboy Bebop is one of Netflix’s long-awaited attractions for this year. The series will feature the main trio of John Cho (Spike Spiegel), Daniella Pineda (Faye Valentine) and Mustafa Shakir (Jet Black).

The plot focuses on a group of bounty hunters (so-called “cowboys”) in space, who flee their pasts while searching for the biggest criminals in the universe.

The Wheel of Time (November 19)

Set in the High Middle Ages and with a narrative rich in details, The Wheel of Time is a literary work written by Robert Jordan and much compared to The Chronicles of Fire and Ice, a series of books that inspired Game of Thrones (2011-2019). In all, 14 books make up the complete story.

Starring Rosamund Pike, who plays Moiraine, the plot is set in a magical world and shows a group of five young men on an epic journey to locate a dragon and fulfill a prophecy.

With the end of the first season of What If…?, Gavião Arqueiro will be the next series in the Marvel Universe to debut on Disney+. She will bring back Clint Barton, the hero played by Jeremy Renner in the Avengers movies, and will introduce Hailee Steinfeld as her apprentice, Kate Bishop.

As usual, Marvel Studios hasn’t revealed any more plot details, but the duo is expected to reconvene after Kate assumes the identity of Ronin –used by Barton between the events of Avengers: Infinite War (2018) and Ultimatum (2019)- – and cause trouble for the hero.

The first Yellowstone-derived series, Y: 1883 will be a prelude set in the 19th century and will show the events that gave rise to the plot that beat The Walking Dead as the most watched pay TV in the United States.

According to the official synopsis, the story will show the Dutton family on their journey to the American West in search of wealth and their transition from poverty to becoming one of the most powerful names in the State of Montana. The series will be displayed on Paramount+.

Faith Hill (Perfect Women) and Tim McGraw (A Possible Dream) will live respectively as Margaret and James Dutton, a couple who leave Texas in search of the American dream. Sam Elliott (A Star Is Born) plays his guide, Shea Brennan, described as a tough, handsome cowboy with immense sadness in his past. Billy Bob Thornton (Goliath) will play Marshal Jim Courtright, who had no details revealed.

A series derived from The Mandalorian, the flagship of the Disney+ launch, The Book of Boba Fett will be the newest chapter in the Star Wars universe in Mickey streaming. The spin-off will focus on the iconic character first introduced in the original Star Wars trilogy.

With no plot details revealed, the attraction will bring back Temuera Morrison as the title character. The actor played the bounty hunter in Episode 2 – Attack of the Clones (2002) and returned to the role in The Mandalorian. Ming-Na Wen will also be in the cast.