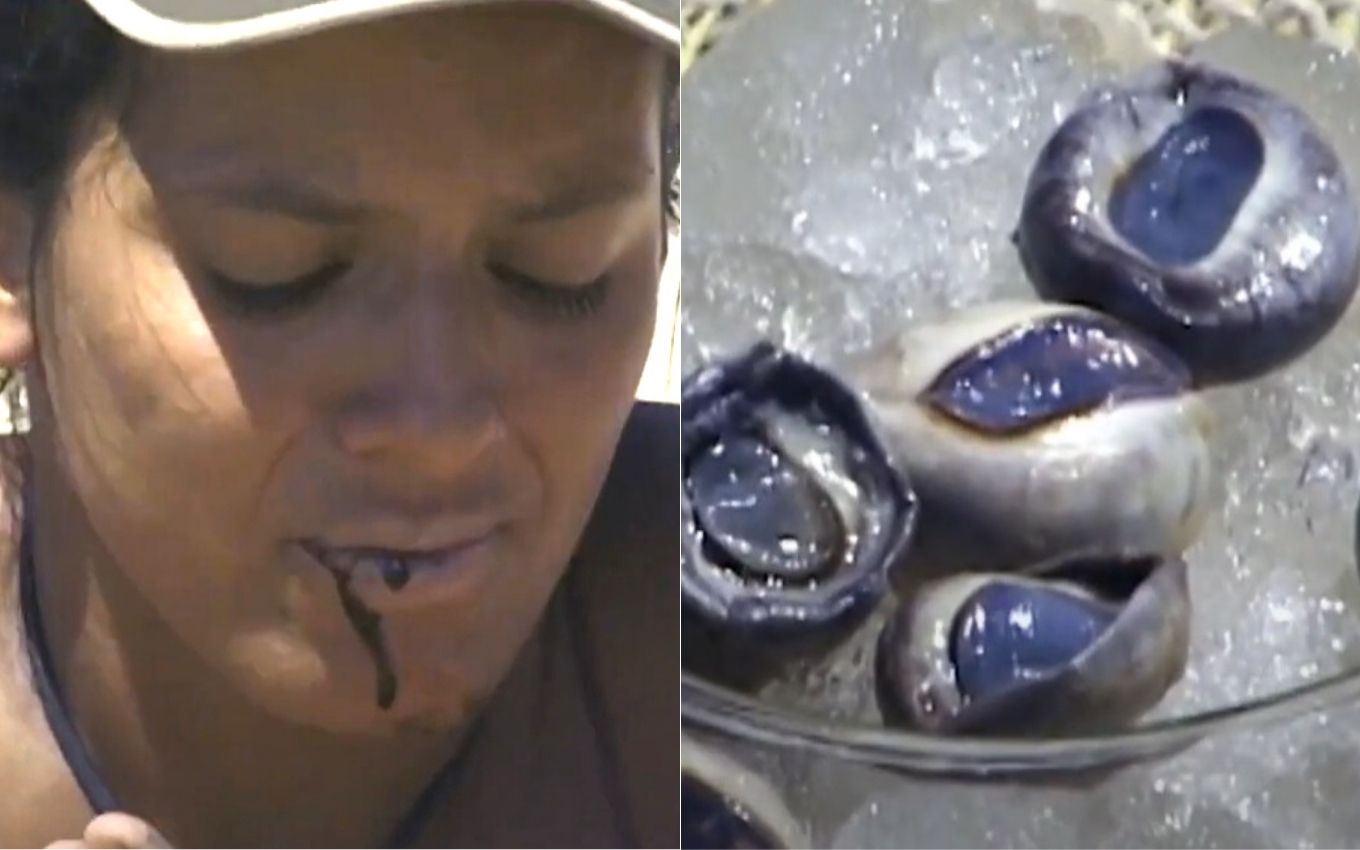 This Tuesday (13) edition of No Limite 5 will show the long-awaited Tasting of Food. Finally, competitors will participate in the classic challenge of eat goat’s eye. This activity was shown on TV for the first time on August 13, 2000, when Globo recorded high ratings on Sunday nights.

The Food Proof appeared in the fourth episode of the first season. At the time, the teams were divided into Sun and Moon and did not have the perks that the current season’s competitors have, such as sponsored activities and even luxury accommodation as a prize for fulfilling the dynamic proposals.

Presenter of the first four seasons of No Limite, Zeca Camargo warned the participants of the 2000 edition that the competition would require a stomach. “I have goat eyes here, a typical delicacy here. You take the eye, put it on [na boca], bites, chews, swallows and shows [a língua]. It’s with you,” said the journalist.

He reinforced that the winning team would be the one who ate the entire portion. “If someone gives up, the team loses and goes to the portal.” The pot with the goat eyes passed in one hand at a time — there were nine people on the adventure reality that week.

In the first round, everyone managed to eat and ended in a draw. Andréa Baptista, from Lua team, was the one who had the most difficulty in fulfilling the dynamics. She actually cried and said she didn’t want to. After the insistence of the team, he managed to ingest.

To break the tie, Zeca Camargo warned that one chosen from each team should eat another six goat eyes. In case of withdrawal, defeat would be decreed. Andréa went for Lua and Patrícia Diniz, known as Pipa, was selected for Sol. Despite their ugly faces, both fulfilled the challenge.

As there was no winner, the presenter of No Limite announced that they would have time to do a “digestion” and that four hours later they would be called again. The second part of the menu had goat core, as well as boldo and carqueja tea (“very thick and bitter”, according to Camargo).

Juliana Marques, from Lua team, was unable to drink the entire glass and the members of Sol were declared winners – the one eliminated for the day ended up being Francisco Salles, Chico.

The program that aired on August 13, 2000, after Fantástico, noted 48 average and 54 peak points in Greater São Paulo, which represented approximately 4 million viewers in the region, according to Folha de S.Paulo. The current season of No Limite has an average of 17.8 ebope and has been losing audience week after week.

The Food Proof is a chance for Globo to try to attract audiences out of curiosity, which is why the program calls for the episode were frequent in recent days. In other seasons, the attraction has served ox and grasshopper brains.

This week’s complete “menu” has not been released, but insect and goat’s eye will be delicacies offered to André Martinelli, Carol Peixinho, Elana Valenária, Jessica Mueller, Marcelo Zulu, Paula Amorim and Viegas, the remaining seven in the game. Check out the call below: