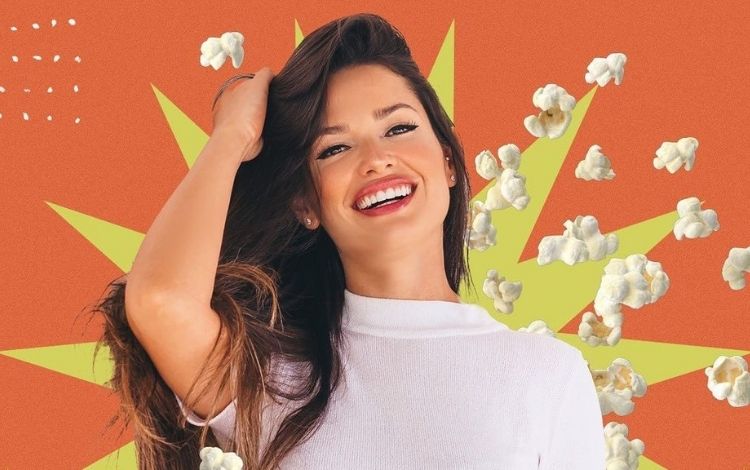 Paraiba won its place in the final of the program after a trajectory full of ups and downs, highlighting the exclusion at the beginning of reality, game changer and favoritism among celebrities

The last wall of Big Brother Brasil 21 was solved and Gilberto took the worst and left the dispute for R $ 1.5 million this Sunday, 2. Juliette Freire came in third place in the last elimination vote and, after receiving just over 1 % of the votes, guaranteed the place in the final alongside Fiuk and Camilla de Lucas. Paraiba won its place at the end of the program after a trajectory full of ups and downs, with emphasis on exclusion at the beginning of reality, game changer and favoritism among celebrities.

Like Arthur, Projota, Lumena, Viih Tube and Fiuk, Juliette started her participation in the ‘BBB 21’ with immunity for having been among the most popular in the first vote of the program. The dynamics defined which participants, from the ‘box’ and ‘popcorn’, would be confined to a different house and would gain the power to indicate someone – together – directly to the first wall of the program. And it was at that moment, separated from the rest of the participants, that Juliette already experienced her first controversy in the program: the games and attacks on Fiuk. During the first days, Juliette used to say that she was in love with her brother, who was already thinking about his children and planning the wedding ceremony with Fábio Jr, the participant’s father, after the reality show ended. On social media, many people said that Juliette was obsessed with Fiuk, who was a little uncomfortable with the level of play. Cléo, the sister of the actor and singer, at the time, commented on Juliette’s advances and said that Fiuk was not hitting on Paraibana. “From what I know, he is very affectionate. It may even happen, you never know, but he wasn’t hitting on her, ”he said.

Paraibana was already among the most talked about subjects on social networks since the first day of the program, but it was in the second week that Juliette became featured on the program and won the support of famous and anonymous outside the home. Speaking a little slurred and having an expansive way, the participant aroused criticism from most of the participants and spent days of exclusion and a lot of crying in the most watched house in the country. One of the most striking scenes in Juliette’s trajectory was recorded when everyone in the house laughed and made fun of her sister in the kitchen while she cried in the bedroom. The clashes intensified and, during one of those moments, Fiuk – with whom Juliette played a lot – came to question the participant’s ability, who is a lawyer, to exercise her own profession, since she was not understood by anyone in the program. The highlight of the attacks received by Juliette, however, came after the sister positioned herself in favor of Lucas Penteado when everyone wanted the actor out of reality. On the occasion, Karol Conká took the front line in the fight against the sister and lived one of the biggest polemics of his participation in the program by mocking the roots and imitating Juliette’s accent. In one of the meetings of the house to talk about Juliette, Conká was accused of xenophobia when she said that she was more educated than the one from Paraíba because she was from Curitiba. The scene had a lot of repercussions and went into the most talked about subjects on social networks.

FOR THOSE TALKING THAT JULIETTE DIDN’T SUFFERED XENOPHOBIA, LOOK HERE WHAT THE EDITION DIDN’T SHOW TODAY

Juliette’s turn in the game took place on the second wall of the edition, in which the Paraiba faced Arcrebiano and Gilberto for staying in the house. Bill, who was having a troubled relationship with Karol, got the worst of it and left the house. With the permanence, Juliette became more confident and started to ‘face off’ with Conká and other members of the singer’s group in the discussions. It was at that moment that paraibana joined forces with Gilberto and Sarah in reality and gave rise to ‘G3’ – a trio that dominated social networks and was seen as a favorite by many anonymous and famous internet users. As not everything is flowers, the G3 didn’t last long and started to break when Juliette and Sarah started to disagree about Carla Diaz’s positions in the game. Sarah and Gil joined the ‘bastions’ (Caio and Rodolffo) and decided to move away from Juliette, who became more lonely in the house. This week, the same as the emblematic false wall, Gil and Sarah – who were still wanted by Juliette – starred in one of the most tense moments of the program and spared no criticism of her friend in the leader’s room. Gilberto went so far as to say that Juliette played the victim and ‘drooled a famous egg’ on the program. Juliette became a target of friends, was taken from the final of Gil’s dreams and discovered Sarah’s vote live. The moment yielded many memes on the networks and was commented even by Bruna Marquezine.

Juliette and Sarah’s clash lasted only two weeks and Sarah was the ninth eliminated from the program, against Rodolffo and Juliette, with 76.76% of the votes. It was at that moment that the participant approached Camilla de Lucas and started one of her strongest alliances in the program, despite having reconnected with Gilberto in the final stretch of the reality show. Despite the troubled internal game, Juliette doesn’t even know yet, but she owns one of the most applauded external trajectories in the program’s history and this success can be measured in numbers: in the last week of the game, Juliette surpassed the 23.3 million mark. followers on Instagram and established herself as the second most popular participant in the history of the network’s program, second only to Sabrina Sato. Before the program, Paraíba had just over 3 thousand people on the network.

Because of the situations experienced at home, especially at the beginning of the program, Juliette won the support of anonymous and famous people on the internet. Paraibana has a team of admirers who make real campaigns on the internet to promote their victory in reality. Among the main names of #TeamJuliette are great personalities such as Wesley Safadão, Anitta and Simone and Simaria. Exclusively to Prime Time Zone, the duo Simone and Simaria, one of the biggest supporters of the participant, said that all this support is due to Juliette’s trajectory inside and outside the house. “She is the typical Northeastern woman, a fighter and who goes to fight for her dreams. Fiber girl, real and deserves our applause ”, said Simaria. Juliette, who has taken risks and sung during the program, even caught Luan Santana’s attention and even received, even if indirectly, an invitation to work with the musician. Selton Mello, Marília Mendonça, Wanessa, Fafá de Belém, Flay, Nicole Bahls, DJ, Cristal, Daniela Mercury, Kevin Chris and Deborah Secco also appear on the ‘front line’ of Juliette’s team. Check out famous posts asking for ‘Juliette Champion’ on social media:

The humiliated will be exalted # BBB21 pic.twitter.com/Xvi2sYbRs2