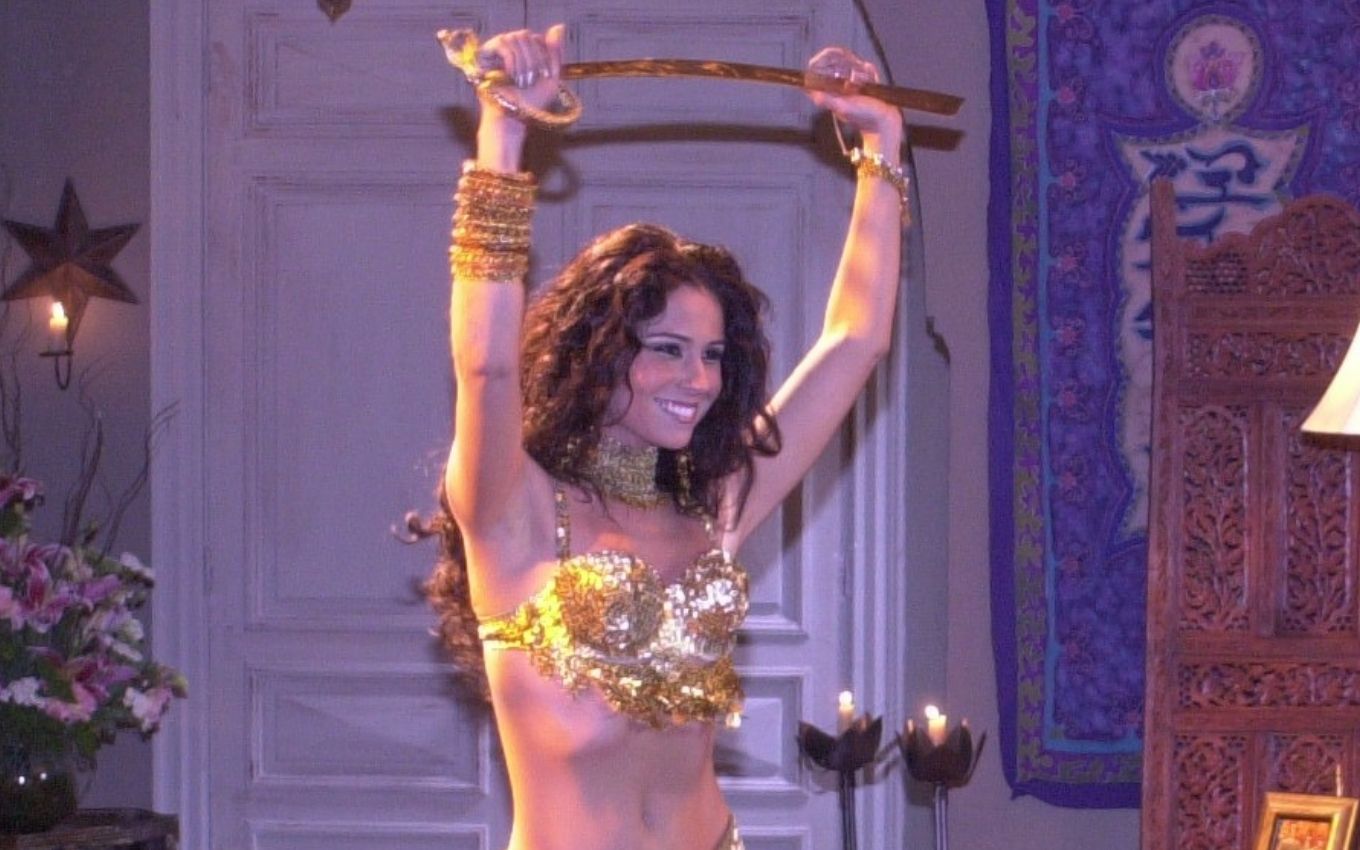 Giovanna Antonelli is back on the air thanks to the rerun of O Clone (2001) in Vale a Pena Ver de Novo. Jade was the first protagonist of the actress, who shared some trivia about the role over the years. “Last cookie in the package”, she only joined the cast of the plot after everyone else had been cast. Giovanna also hated dancing — even with the character owning a precious belly dance. Check out five behind-the-scenes stories from the serial:

On behalf of O Clone, Giovanna Antonelli made her first international plane trip. She had to go to Morocco for 40 days to record some sequences of the nine o’clock track.

“Everything was new. This look at the new is fantastic and certainly brought so much truth to our history. The same look of the spectator to such a rich culture. Everything was fun. A big family on the roads, deserts, with snakes, camels and a dream of taking a unique story to Brazil,” said the actress, in an interview with Gshow.

The interpreter also had to learn new things to live Jade. Even though she didn’t like to dance, she practiced belly dancing religiously so that she didn’t need to double up when recording.

In an interview with Conversa com Bial, in August 2020, Giovanna admitted that she doesn’t like to dance and that she hid her aversion to the team so as not to lose the role. “I’m terrified. If you want to make me crazy, you have to make me dance. I get nervous, I sweat in my armpit,” he commented.

During the filming of O Clone abroad, the actress recalled that she received a “magic potion” from a stranger in the street. She told the curious story at the Meeting with Fátima Bernardes last Thursday (7).

A man stopped me in the street, brewed a potion and gave it to me. In English, he told me I was supposed to keep the bottle forever. I still have it today. I don’t know what’s in that magic potion, what a prayer it was, but I know I’m alive!

Giovanna said she also has another plot item. She took a souvenir Jade scarf and still has the piece.

Fresh out of Ties de Família (2001) at the time of casting O Clone, Giovanna Antonelli still remembers her trajectory to live Jade.

In an interview with Gshow, the actress said that she was the first person to be remembered for the role. The decision, however, took some time to be made by Globo’s directors. So she ended up being the last person to be cast in Gloria Perez’s serial.

It was written. It was a job that took on a proportion that no one imagined. A director I adore and respect, Marcos Schechtman, was the first to put my name on the wheel. We went through several stages, and I was the last name to be chosen. But… It was supposed to be mine.