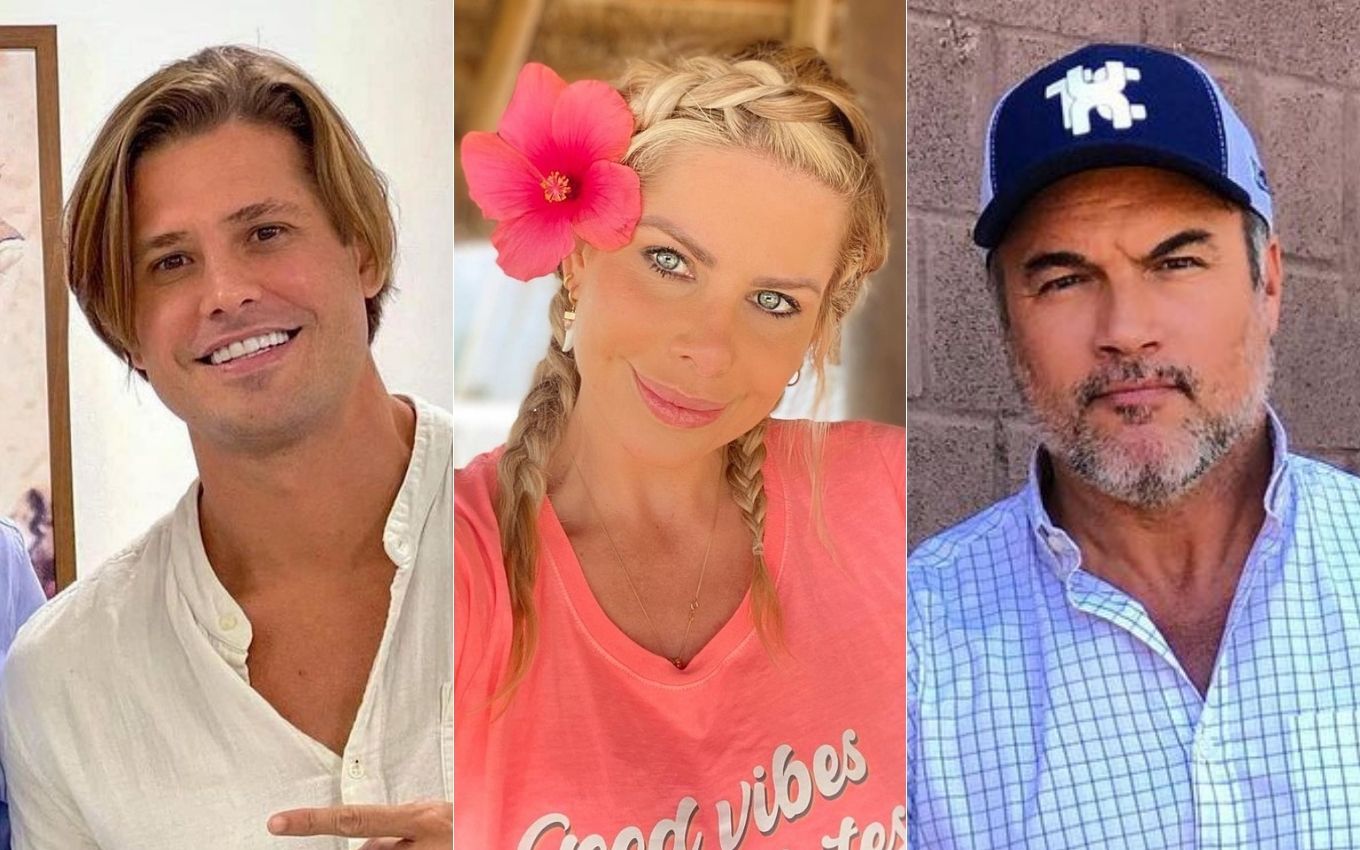 Fazenda 13 debuts this Tuesday (14) and, in a few months, the public will choose the winner of this edition of the reality series by Record. But where are the 12 champions from past seasons? The first to win the program was Dado Dolabella, who became an animal rights activist. Actress Karina Bacchi, second champion, left television to dedicate herself to a career as a mother and religious coach on social media.

Champion of A Fazenda 6, Bárbara Evans has already declared that she spent the entire amount of the R$ 2 million prize, while Daniel Bueno (winner of the third season) decided to open an investment consulting company to make more money.

Check out what happened to the winners of A Fazenda:

The Farm: Given Dolabella

Despite being accused of assault by Luana Piovani in 2008, Dado Dolabella won the public’s affection and won the first edition of the reality series by Record in 2009. He had already lived a troubled relationship with the singer Wanessa. Within the reality, the actor from soap operas from Globo starred in some fights.

Dolabella beat Danni Carlos in the final and won the R$1 million prize. In 2018, the former A Fazenda was arrested for not paying child support to the son he had with Fabiana Vasconcelos Neves. Currently, the artist is dedicated to the animal cause and preaches veganism as a way of life.

The second edition of A Fazenda was won by actress and presenter Karina Bacchi, who defeated André Segatti with 56% of the public’s preference and earned R$ 1 million. According to the blonde, the award was all invested in the NGO Florescer, created by her mother, Nadia Bacchi. She had acted in the Globo soap opera Da Cor do Pecado (2004).

The star of the reality series Simple Life – Mudando de Vida (2007), also from Record, worked as a presenter on the music channel Mix TV after A Fazenda, and later became a reporter for Domingo Legal, on SBT. Currently, the actress is a digital influencer, spiritual coach and is dedicated to taking care of Enrico, her son who was born through in vitro fertilization from an anonymous donor. She is married to former football player Amaury Nunes.

Model Daniel Bueno won the third season against Sérgio Abreu (second place) and Lizi Benites (third). After the program, the artist moved to the United States and opened an investment company. Bueno was married to Bianca Soares, with whom they had Luke, their first child. He is currently married to Adriana Schrank, with whom he had two more daughters, Marina and Angelina.

Joana Machado defeated Monique Evans and Raquel Pacheco, famous as Bruna Surfistinha, in the fourth edition. The personal trainer was famous for having dated the former player Adriano Imperador. After the reality show, he worked for two years as a reporter for the program Legendários (2010-2017), led by Marcos Mion.

In 2018, she tried a political career when running for state deputy in Rio de Janeiro, but was not elected. The fourth champion of A Fazenda does not have profiles on social networks.

Belo’s ex-wife, Viviane Araujo was the big winner of the fifth edition of the reality show, defeating Felipe Folgosi and Léo Aquilla with 84% of the public’s preference. In the program, the Carnival star starred in many fights with ex-panicat Nicole Bahls.

After the reality show, Viviane was hired by Globo and acted in several soap operas, such as Império (currently being rerun on the network), Rock Story (2016) and Sétimo Guardião (2018). The dancer won the 12th season of the Dance of the Famous and also recently participated in the Super Dance of the Famous. The actress got married in early September with Guilherme Militão.

Daughter of the vice-champion of the fourth edition, Bárbara Evans was consecrated champion of the sixth season against Denise Rocha and Marcos Oliver. After the reality show, the blonde continued with a career as a model and, in 2017, she debuted as an actress in Globo’s miniseries Dois Irmãos. At the time, there were rumors that she and Cauã Reymond were having an affair, which was denied by the two.

Her last appearance on television was in another reality show, Dancing Brasil, also on Record, which she didn’t win. She currently works as a digital influencer, is married to businessman Gustavo Theodoro and is pregnant after many attempts at in vitro fertilization.

Vocalist for the extinct band Cine, DH Silveira was the big winner of the seventh edition against ex-panicat Babi Rossi. With the prize, he opened his music production company and invested the money. The singer has been staying away from social media, but continues to work in his field and is dating model Evellyn Andrade Alves.

Champion of the eighth edition, Douglas Sampaio defeated another ex-panicat, Ana Paula Minerato. After the program, the actor was accused of assault by his ex-girlfriend Jeniffer Oliveira, but ended up acquitted in the case. He was in the cast of the Bible soap opera of Record A Terra Prometida (2016) and the program Dancing Brasil, but he did not win the dance competition.

Season nine, A Fazenda – Nova Chance featured only former participants of other reality shows. Flávia Viana, from Big Brother Brasil 7, beat Matheus Lisboa and Marcos Harter and took home R$ 1.5 million. While in confinement, she met and engaged in an affair with comedian Marcelo Zangrandi. The two are together today, have a son and present TV Fama on RedeTV!. She is also a digital influencer.

Former Polegar Rafael Ilha won the tenth edition in a final against João Zoli and Caíque Aguiar. After the show, Ilha became a speaker, earns money as a VIP presence at events and eventually appears giving interviews in the media — he recently questioned the death of Gugu Liberato (1959-2019), his television “godfather”.

Expelled for assault from Are You The One? Brazil, from MTV, Lucas Viana won A Fazenda 11 against ex-BBBs Hariany Almeida and Diego Grossi. Currently, the model also works as a digital influencer and decided to launch a channel on YouTube. The 11th edition champion dated Sarah Andrade, a BBB21 participant, but the relationship did not work.

Born and raised in Bangu, a suburb of Rio de Janeiro, Jordana Gleise de Jesus Menezes was born into a humble family and was raised by her paternal grandmother, Rita Maria. Owner of the hit Que Tiro foi Esse?, Jojo Todynho beat singer Biel in the final of the last edition of A Fazenda.

After the show, the funkeira became a star in advertising campaigns, became a digital influencer and, this year, debuted as a presenter on Multishow, with the talk show Jojo Nove e Meia.