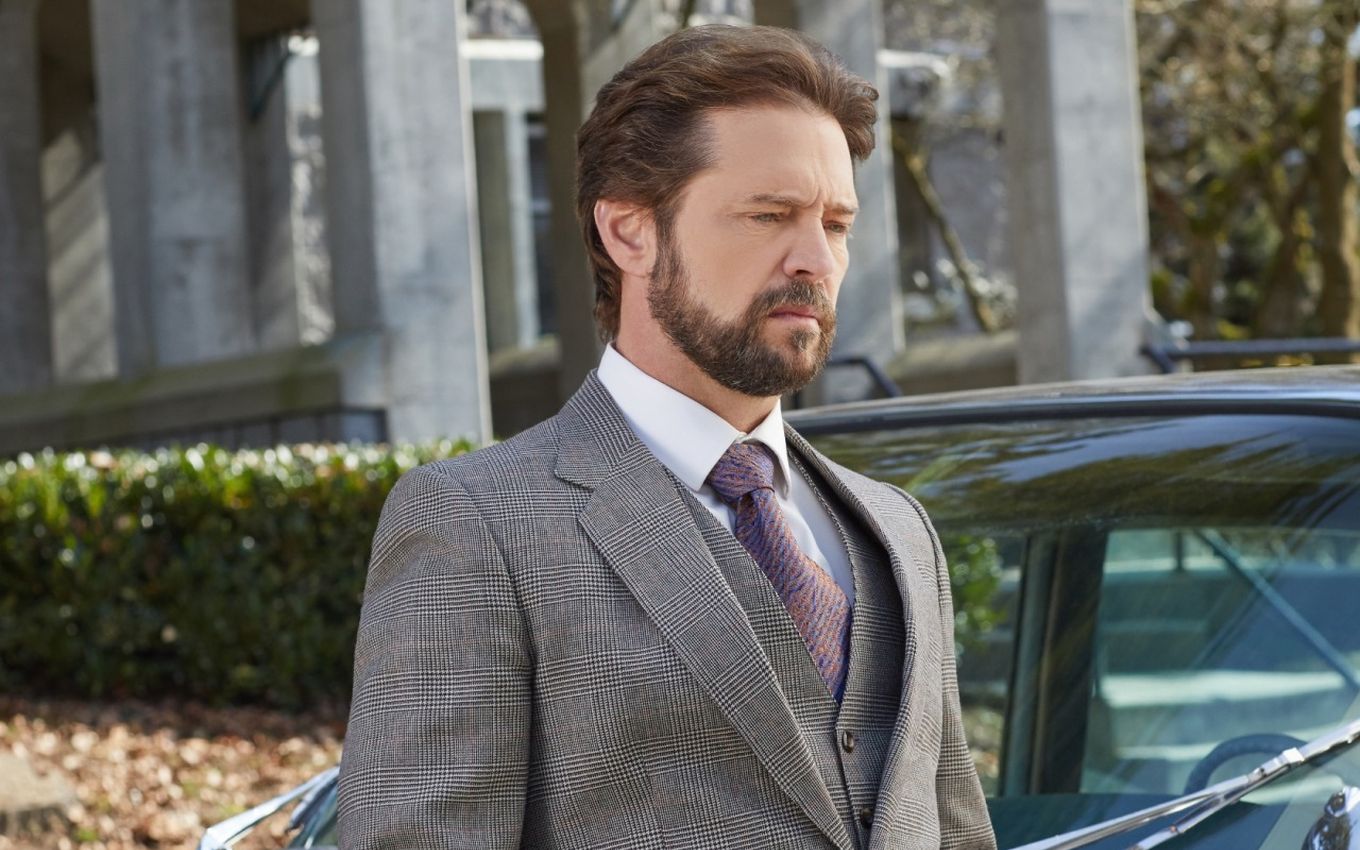 Famous worldwide for having lived the good guy Brandon Walsh in Barrados no Baile (1990-2000), Jason Priestley appears very different in the five films of the Casteel saga, made for the Lifetime channel and already available on demand. As Tony Tatterton, the 51-year-old actor immerses himself in sociopathy to give life to an evil businessman involved even in an incestuous relationship. For him, the feature films are the “guilty pleasure” (guilty pleasure, in literal translation) perfect for those who need to distract themselves from the Covid-19 pandemic.

“We shot the movies before the pandemic, and they were shown in the United States before, they were all very successful, but I think the moment we’re in now makes them even better entertainment. Everyone needs escapism,” says the actor. to the TV news.

For Priestley, having a few hours to forget about his problems and being able to immerse himself in a story with a soap opera feel is the ideal pastime. “The pandemic has certainly added new problems to our daily lives, so I think it’s important and even therapeutic to be able to escape that.”

The Casteel saga tells the story of Heaven (Annalise Basso), the eldest of five brothers who live in extreme poverty in the United States. With no money to raise the children, the patriarch sells them to different families. The protagonist goes to live with her grandfather, Tony (Priestley), a rich man, but full of mysteries.

It’s a very challenging role, because the story is told for 35 years, it’s a difficult character, with tendencies towards sociopathy and incest, there’s an issue of alcoholism, it’s a lot. The producer knew that he needed to find an actor who had a certain sympathy with the audience to make this character palatable even though he was doing unpleasant things.

As the story progresses in time with each film, Jason Priestley gives up vanity to play Tony over the decades, in a makeup process that has aged him 35 years. He tells the story that the characterization took up to three hours at the start of the day, and that after work it took another 60 minutes to get back to normal.

“It was a lengthy process. But it was worth it, because makeup artist Pearl Louie did an amazing job. I like challenges like that,” sums up the 1990s heartthrob. , I loved the opportunity to do this.”

If makeup helped find the character, justifying some of Tony’s attitudes turned out to be a far more complicated task. “As an actor, you need to be in love with your character. I kept reminding myself that so many people out there do horrible things, but they think they’re doing the right thing so they can justify their actions.”

“As an actor, you need to discover the psychology behind what the characters are doing and why they make these decisions. There’s a lot of homework and psychological research to do and understand your role. Tony,” he says.

In a good mood, Priestley enjoyed the chat with the TV news to recall the experiences he had in Brazil — he visited the country to shoot the film Zoom (2015), by director Pedro Morelli (available on Globoplay).

“I recorded a part of the movie in Toronto [no Canadá] and another in Brazil, in São Paulo, Trindade and Paraty. It was an amazing experience to travel. I got to work with Mariana Ximenes, who is amazing, and we had a lot of fun doing it. One of my favorite memories was getting to know the city of Paraty. It is a UNESCO cultural heritage site, and maintains the look it had in the 1600s, when the Portuguese arrived there and built the city. It’s a special place, and everyone should visit. It’s a magical place.”

And the author of VC Andrews

The Casteel family films are based on books by writer Virginia Cleo Andrews, better known as VC Andrews (1923-1986), which has sold more than 100 million copies and has been published in more than 20 languages.

VC’s works, by the way, inspired another feature-length saga on the Lifetime channel: that of the Landry, whose first production, Ruby, debuts this Wednesday (14), at 9 pm. The sequels will be shown throughout the month, always at the same time: Pérola na Mévoa airs on Saturday (17); Hidden Glow, on the 21st.

The last film in the saga, A Joia Secreta debuts on the 24th, at 9 pm, after a marathon with the three previous films, which will start at 3:50 pm. Upon completion of the Landry story at 10:45 pm, Lifetime airs The Dreams of Heaven, the first chapter in the Casteel story.