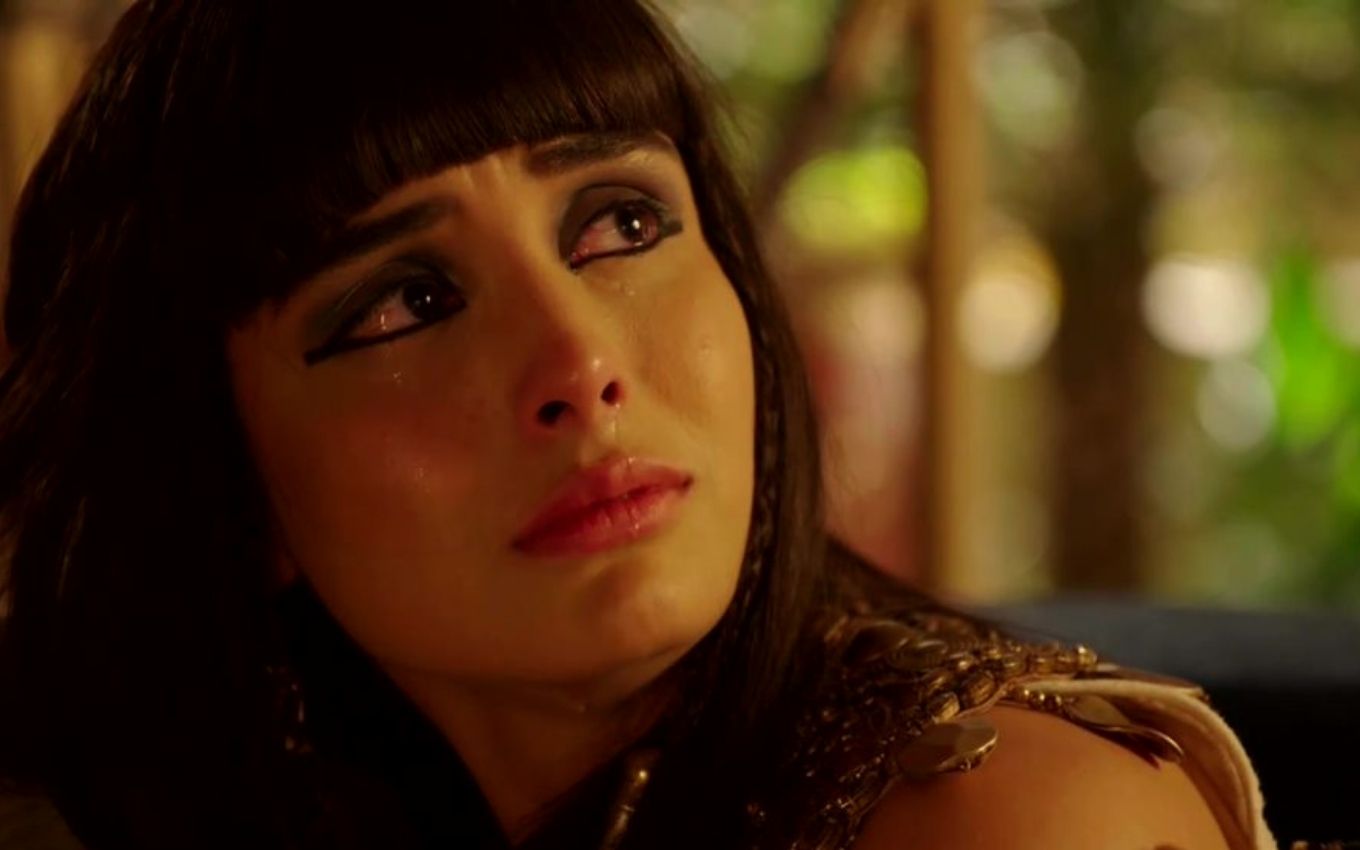 Asenate (Leticia Almeida) will get a big kiss from José (Juliano Laham) after being rescued from a kidnapping in Genesis. On the occasion, the ex-slave will already be governor of Egypt and will be very moved when he meets his wife again in Record’s biblical soap opera.

In the next chapters of the serial by Camilo Pellegrini, Stephanie Ribeiro and Raphaela Castro, the Hebrew will marry the daughter of Pentephres (Nando Cunha). After leaving jail for interpreting the dreams of Sheshi (Fernando Pavão), he will discover that he must unite with his great love.

“As governor you need an Egyptian name. From now on it will be called Zafenath-Panea,” the official will say, leaving the Hebrew in shock. Later in the biblical novel, the two will come together.

The couple’s days, however, will not be just romantic. Mahamid (Cee Jay) will kidnap the noblewoman and leave the boy in despair. The son of Israel (Petrônio Gontijo) will set off in search of his beloved, with Abumani (Dudu de Oliveira), Potiphar (Val Perré) and several soldiers.

Asenate, however, will be saved from the kidnapping with the unexpected help of Teruel (Amaurih Oliveira), who betrayed their friendship in the past. “When I knew it was you, I couldn’t allow it,” the boy will claim. The young woman will see Mahamid’s body on the ground: “So you saved me…”. She will walk alone until Joseph sees her on the way.

The governor will come and hug you tight. The two of them will look at each other, until he kisses Asenate. “Are you okay?” the boy will ask, then worried. The noblewoman will nod yes.