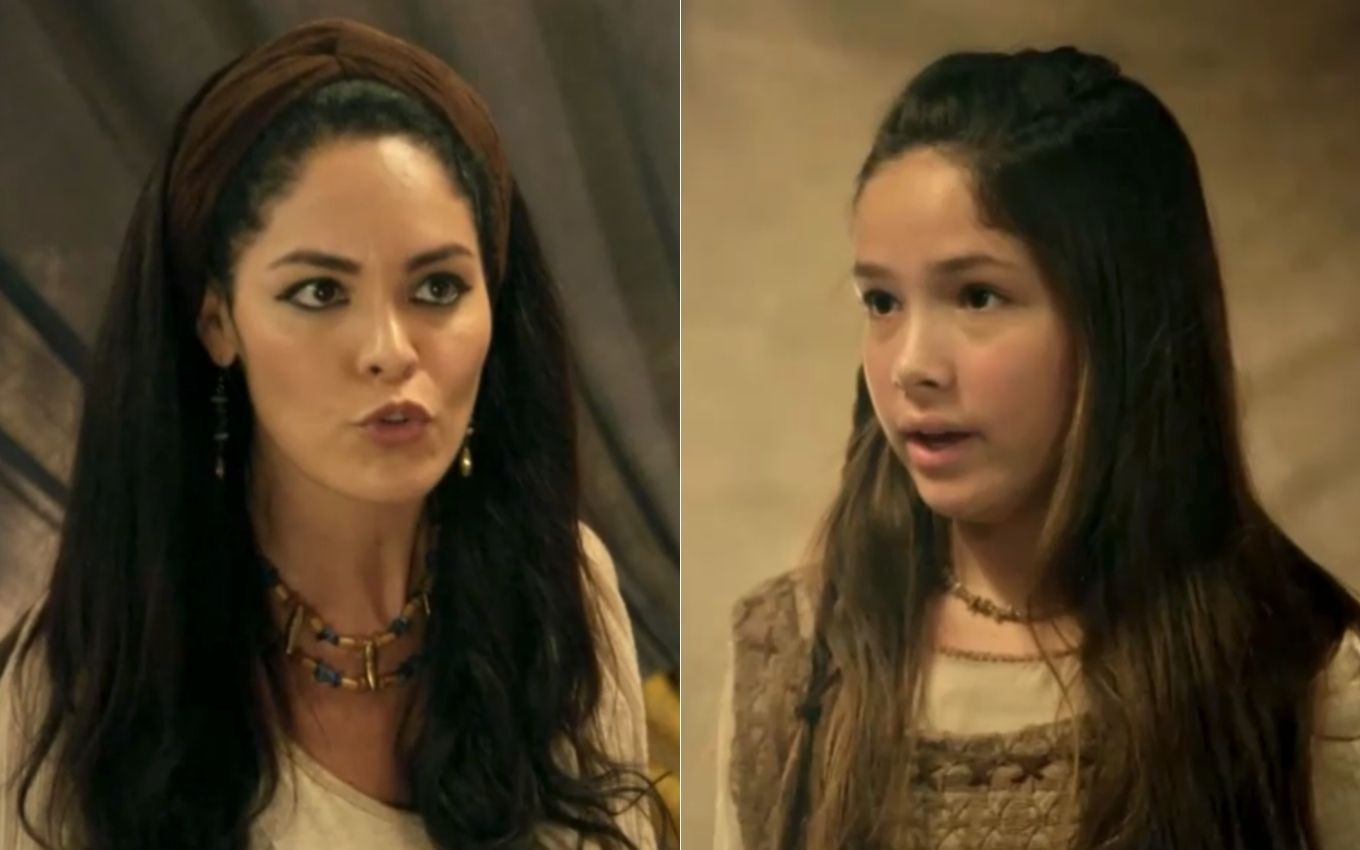 Hagar (Hylka Maria) will lose her hand in Genesis. The servant will not like to hear from Leora (Clara Galinari) that Ismael (Henrique Camargo) is playing a bad game with the boys in the caravan. Superb, the Egyptian will remind the girl that her son is the firstborn of Abrão (Zécarlos Machado), therefore, an example to be followed in the Hebrew camp.

Bakari’s ex-girlfriend (Paulo Lessa) will be angry with Mila’s daughter (Amanda Gramaldi) in this Tuesday’s chapter (18). The girl will suspect that Henrique Camargo’s character is plotting something dangerous and will pass on her concern to the older women in the community.

“Dona Sarai! The boys are up to something,” says the girl, entering the tent of Terá’s daughter (Julio Braga) in distress. “Why are you saying that, Leora?”

“Ismael took the others somewhere and didn’t let the girls go along. It made the biggest mystery. At the very least, doing something very wrong! “, Helda’s granddaughter (Izabella Bicalho) will complete. Agar will hear the conversation from afar and be irritated by the mention of her son’s name:

Don’t charge without proof, Leora! Ismael is very responsible, he wouldn’t be able to do that! He took after his father and, like Abrão, he is an example for the rest of the boys. Keep your poison to yourself!

The outbreak of the Egyptian will leave the girl cringing in fear, and Sarai will intervene in the scolding: “Calm down, Hagar”, will ask Abrão’s wife. “No mother is calm when they attack her son … Sorry, Sarai. You will never understand that”, will release the character of Hylka Maria, with arrogance.

Sharur’s granddaughter (Paulo Goulart Filho) will take a deep breath after being pinned by the servant and ignore her: “Later I will try to find out what they are doing”, she will say to Gray, to Leora.