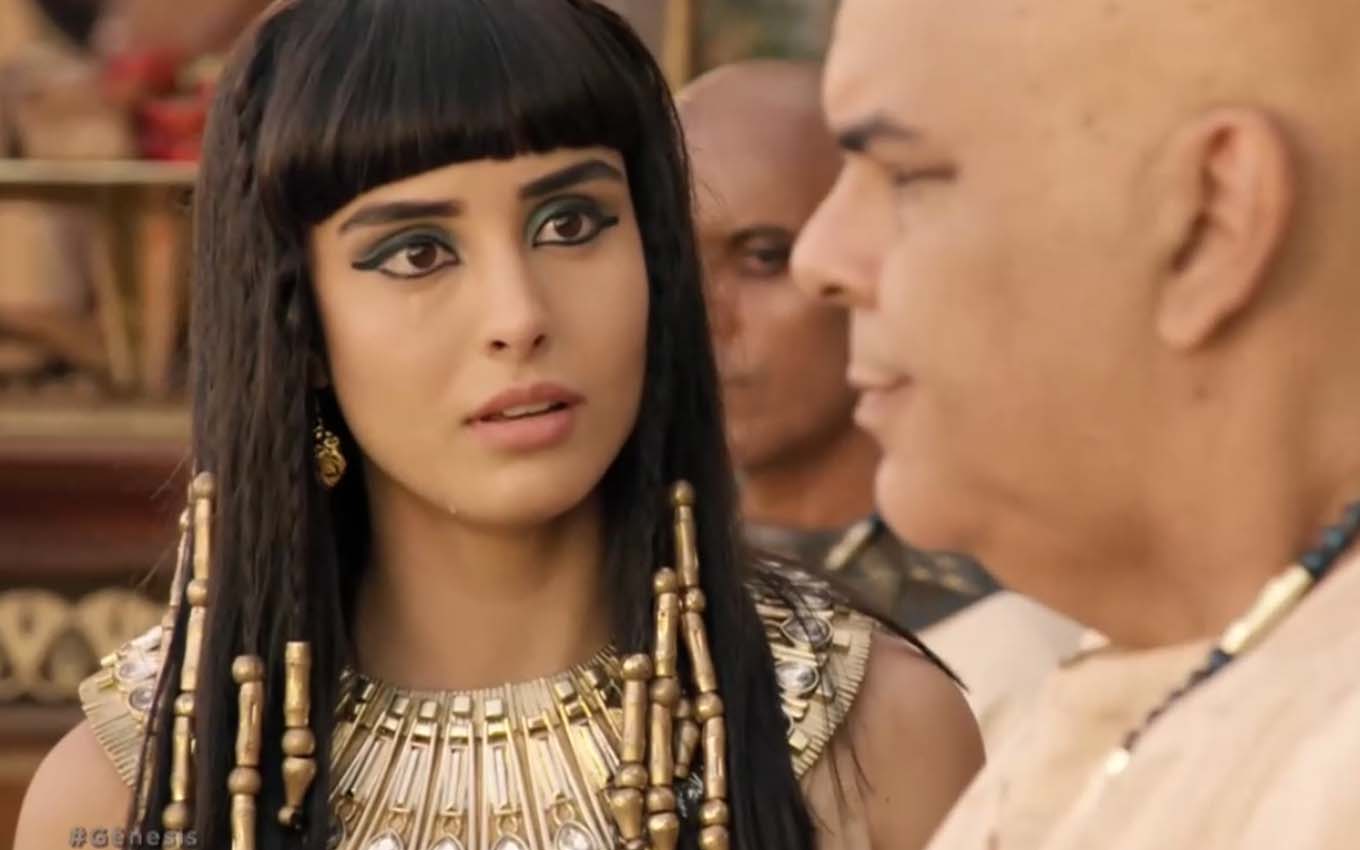 The beauty of Asenate (Letícia Almeida) will become her downfall in Sheshi’s (Fernando Pavão) harem in Genesis. In addition to the pharaoh himself, the young woman will also arouse the passion of Adurrá (Ricardo Lyra), who will not hesitate to play dirty to drag her to the altar. “I want to marry your daughter, Pentephres [Nando Cunha]”, will demand the vizier in Record’s biblical novel.

The minister will fall in love with the Egyptian as soon as she sets foot in the palace in scenes that will be shown from the next 24thin the serials by Camilo Pellegrini, Stephanie Ribeiro and Raphaela Castro.

Lost in love, he will try to take advantage of Nando Cunha’s character, who has his eye on Shetep’s position (Camilo Bevilácqua):

Pentephres, all of us at the palace know how devoted you are to the priesthood and how you have been striving to please the gods on behalf of the Egyptian people. And, therefore, it would be a tremendous injustice if his lineage did not continue this very special vocation. Imagine when you are high priest and then your children, your children’s children. This would never end.

“In fact, this is the dream of every nobleman”, will answer Selemina’s husband (Kacau Gomes), with a flea behind his ear. “Now, imagine you having your descendants occupying more important positions in front of the sovereign of the two lands”, will add Adurrá.

Asenate is with whom in Genesis?

Pentephres will tire of so many laps and will demand that his colleague get straight to the point. “If Asenath marries a nobleman who occupies a very important position in the palace, her sons would eventually have the same position of importance before Pharaoh and, of course, throughout Egypt. So I want to marry your daughter “, will fire Adurrá.

“You?” the priest will find strange. “Why not? I am the vizier. With authority second only to Pharaoh. Think with me, you will be high priest soon. We hold the highest positions of trust in Egypt. Who better than me to be your son-in-law?” will continue the gentleman.

“She’s very young, she’s not even close to being ready,” the priest will scramble. “I’m not talking about getting married now, I understand your concern. I would wait as long as it took. I would just like to guarantee your permission. What do you say?”, Adurrá will insist.

“I have to confess that you took me by surprise. I didn’t realize you had feelings for my daughter. Yes, I want to marry Asenate to a good man, someone who will truly take care of her, but let’s do it that way. After she gets one a little older, we’ll talk about it again,” Pentephres said.