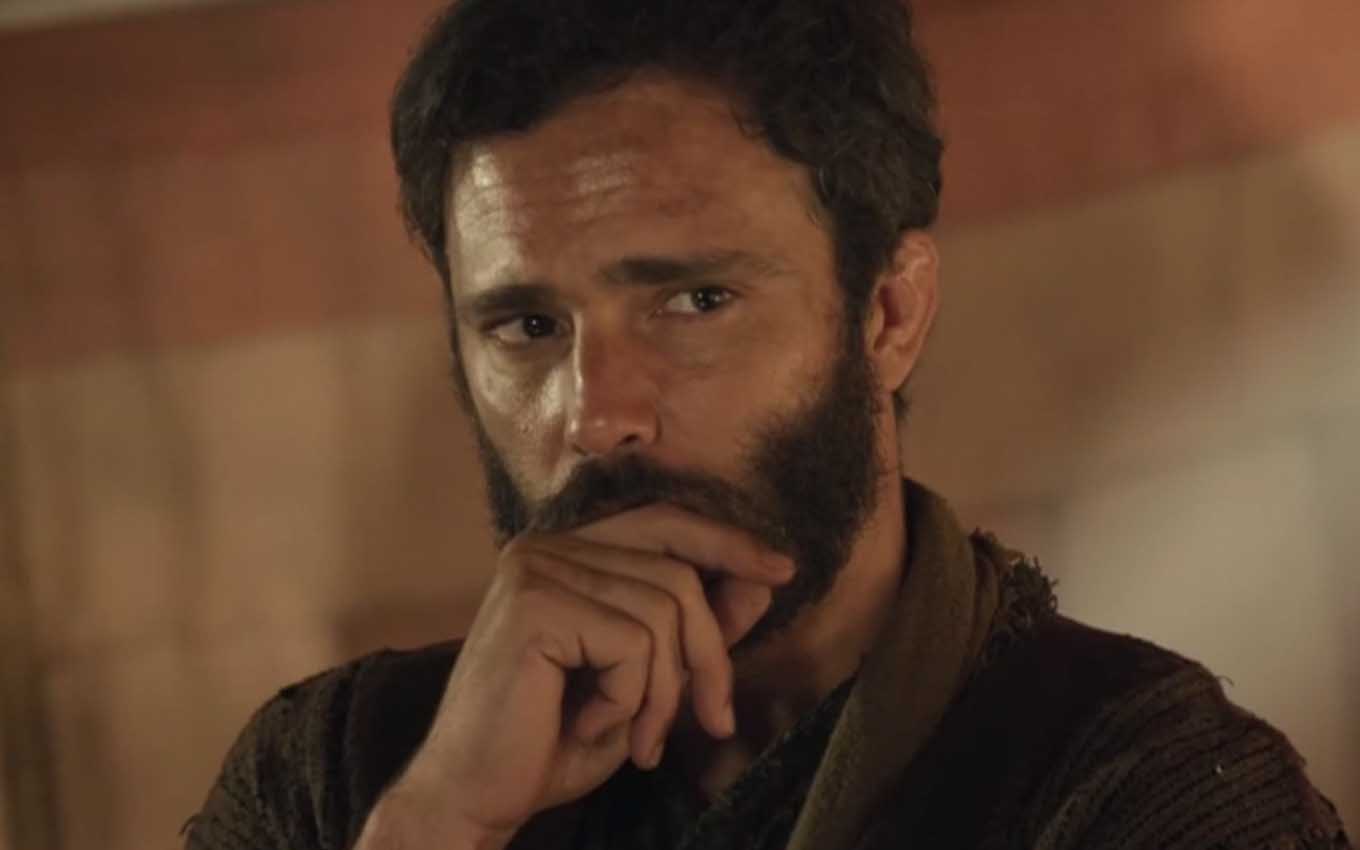 Judah (Thiago Rodrigues) will not be able to live with the guilt of having sold José (Juliano Laham) as a slave in Genesis. To make matters worse, Diná (Giovanna Coimbra) will poke at the young man’s wounds when he realizes that he feels guilty for the death of Israel’s “xodó” (Petrônio Gontijo). “He trusted you. You would have saved our brother,” fired the young woman in Record’s Bible soap opera.

The girl will be the first to suspect that Rúben (Filipe Cunha) will have broken the truth when he returns home with his tunic of all colors soaked in blood. He will convince the patriarch that his favorite son has been devoured by wild beasts and will even agree to search the surroundings for the remains.

Judah’s behavior, by the way, will make Dina even more brooding in the serials by Camilo Pellegrini, Stephanie Ribeiro and Raphaela Castro. “He’s weird these days. More than usual, don’t you think?” she will ask Zilpa (Karina Barum).

“Yeah, but it was to be expected. He must feel responsible somehow”, will bet the servant. “Maybe. All my brothers are strange. They seem, I don’t know, apprehensive”, will insist the character of Giovanna Coimbra.

With the flea behind her ear, Dinah will put Judah against the wall in the scenes that will be shown from the next Monday (13). “Ruben told me about his father’s order to stop the search. So we won’t even be able to bury José?” she will question.

Full of remorse, Judah will burst into tears in Dinah’s arms. “I know that if you were with him, none of this would have happened. You would have saved our brother,” will fire Lia’s youngest (Ingra Lyberato) when she hits the sheepherder’s “Achilles’ heel”.

She will also wipe the tears of Thiago Rodrigues’ character to aim right in his eyes. “He trusted you. That’s what José said. That, of all the brothers, it was you he trusted the most. You were special to him”, she will add, which will make the boy collapse for good.