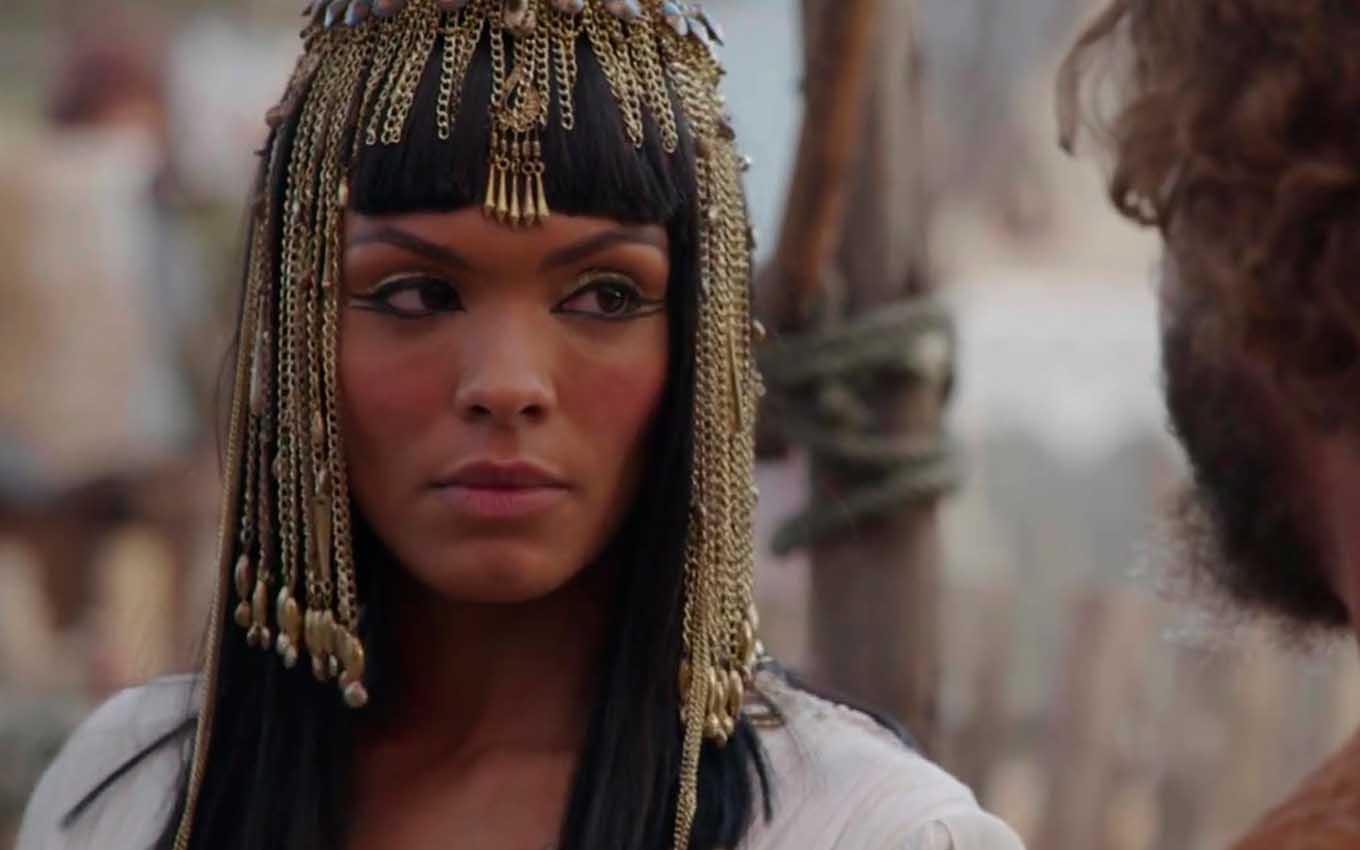 Ismael (Anselmo Vasconcellos) will not need much time to realize that the marriage of Maalate (Lidi Lisboa) is not going well in Genesis. With the flea behind, the villain will pressure his daughter to give him a grandson without imagining that the shrew dies of disgust at Esau’s (Cirillo Luna) hair — and, therefore, has never slept with her husband in the Record Bible novel.

The hunter will even scream in terror on the wedding night when he sees that the woman shaves her hair and wears a wig to avoid lice in the serials by Camilo Pellegrini, Stephanie Ribeiro and Raphaela Castro. He will lose interest in his partner even more when he discovers she is no longer a virgin.

Cirillo Luna’s character will not only repudiate the Egyptian for fear of his uncle’s reaction, with whom he sealed a diabolical pact to get revenge on Isaac (Henri Pagnoncelli). The couple will live a relationship of appearances in the scenes that will be shown next Tuesday (20).

Ishmael will get a flea behind his ear when he notices that Esau frequents the Basemate (Paula Jubé) tent more than Maalate’s bed. “No need to be upset. He needs to pay attention to Judith [Juliana Lohmann] at that moment”, will sound out the jerk.

“But what about Judite?”, will question the antagonist played by Lidi Lisboa. “So you don’t know? She almost died last night. But if she’s not upset that her husband went to see the other woman, then what’s the reason? Is there a problem between you?” the emissary of the pharaoh will shoot.

Maalate will lie in the hard house when he says the marriage is going from strength to strength. “That’s not the impression I got when I saw you earlier around the camp and now here. You’re frustrated with something, yes,” Ishmael will insist. “It’s just that Esau had said he was coming back fast, but it’s taking a while. Now I know why,” the viper will disguise.

“Then, don’t be frowning. Do your best to wait for your husband. It won’t be this incident with the Hittite that will ruin your wedding week”, will demand the descendant of Agar (Hylka Maria).

Under pressure, the young woman will even try to hold back her disgust to finally have sex with Esau, but will fail once more. “My father is charging grandchildren. It’s been a moon and, if he knows we haven’t had anything yet,” the bitch will scream, rejected by the redhead.

“It’s your fault. Damn. This marriage was to give me advantages, not all this headache,” snorts Rebecca’s firstborn (Martha Mellinger).