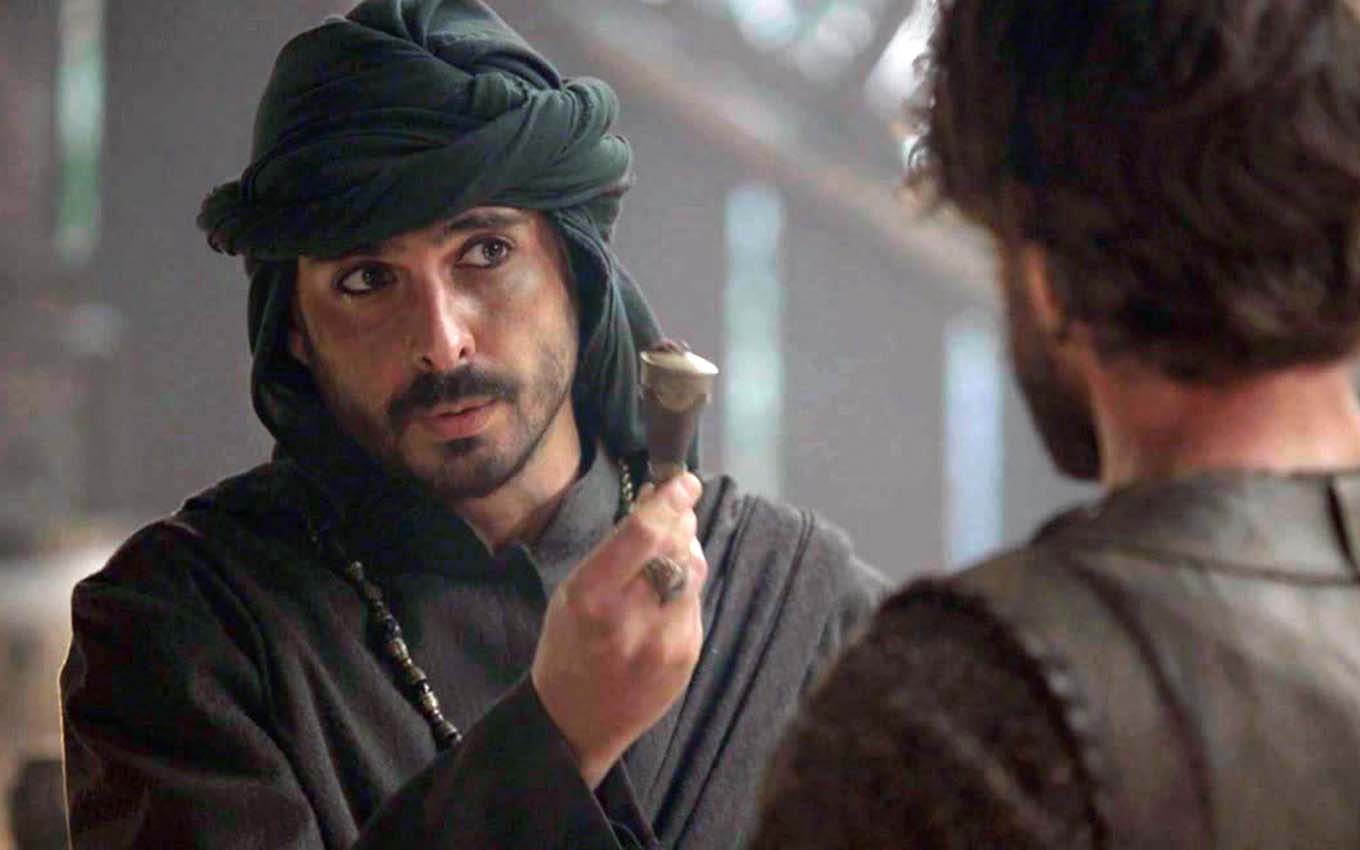 After waiting 80 years, Ismael (Iano Salomão/Anselmo Vasconcellos) will have the perfect opportunity to get revenge on Isaque (Guilherme Dellorto/Henrique Pagnoncelli) in Genesis. He will offer the hand of his daughter Maalate (Lidi Lisboa) in marriage to Esau (Breno Morais/Cirillo Luna) with an eye on the fortune left by Abraão (Zécarlos Machado) in the Record Bible novel)

The redhead himself will look for his uncle to turn his father’s life into hell in the serials by Camilo Pellegrini, Stephanie Ribeiro and Raphaela Castro. The hunter will revolt when he discovers that Rebeca (Barbara França) has made Jacob (Enzo Barone/Miguel Coelho) impersonate him to deceive the sheepherder — virtually blind, he will bless the youngest in the place of the firstborn.

Esau will surprise the entire camp by introducing his cousin Maalat as his third wife. in the scenes that will be shown from the next 12th. “I never thought that a son of Isaac would give me the opportunity I’ve always wanted”, will mock Ishmael, in a conversation with the heiress.

“He is really one of ours”, will celebrate the villain played by Lidi Lisboa. “Now we just need to be sure that Jacob is dead to ensure that our descendants will inherit everything from this clan”, will add the heir of Hagar (Hylka Maria).

At this point, the young man will be disappeared in the middle of the desert after an attempt planned by Esau. “We have many brave men at our disposal, it’s a matter of time before they find the fugitive and finish him off”, will bet the shrew.

Ishmael will also send some henchmen to Laban’s house (Brenno Leone/Mauricio Mattar) to make sure Jacob doesn’t reach Haran safely. “In the meantime, try to get pregnant soon. And have many, many children,” added the antagonist.

“Don’t worry, Dad. The way Esau has gone crazy for me, he’s going to want me every night. The Hittites haven’t gotten pregnant so far, and I’m going to make sure they lose all chances forever. Pretty soon, Isaac and Rebeca will be forced to see grandchildren with our brand running around”, will say Maalate, pointing to a tattoo on her arm.

Ishmael and his descendants have a crescent moon drawn on their body, in a symbol that is also repeated on the flag of several Arab countries and by several mosques. The image is one of the main representations of Islam and a source of pride among Muslims –without the same negative connotation of Record’s production.