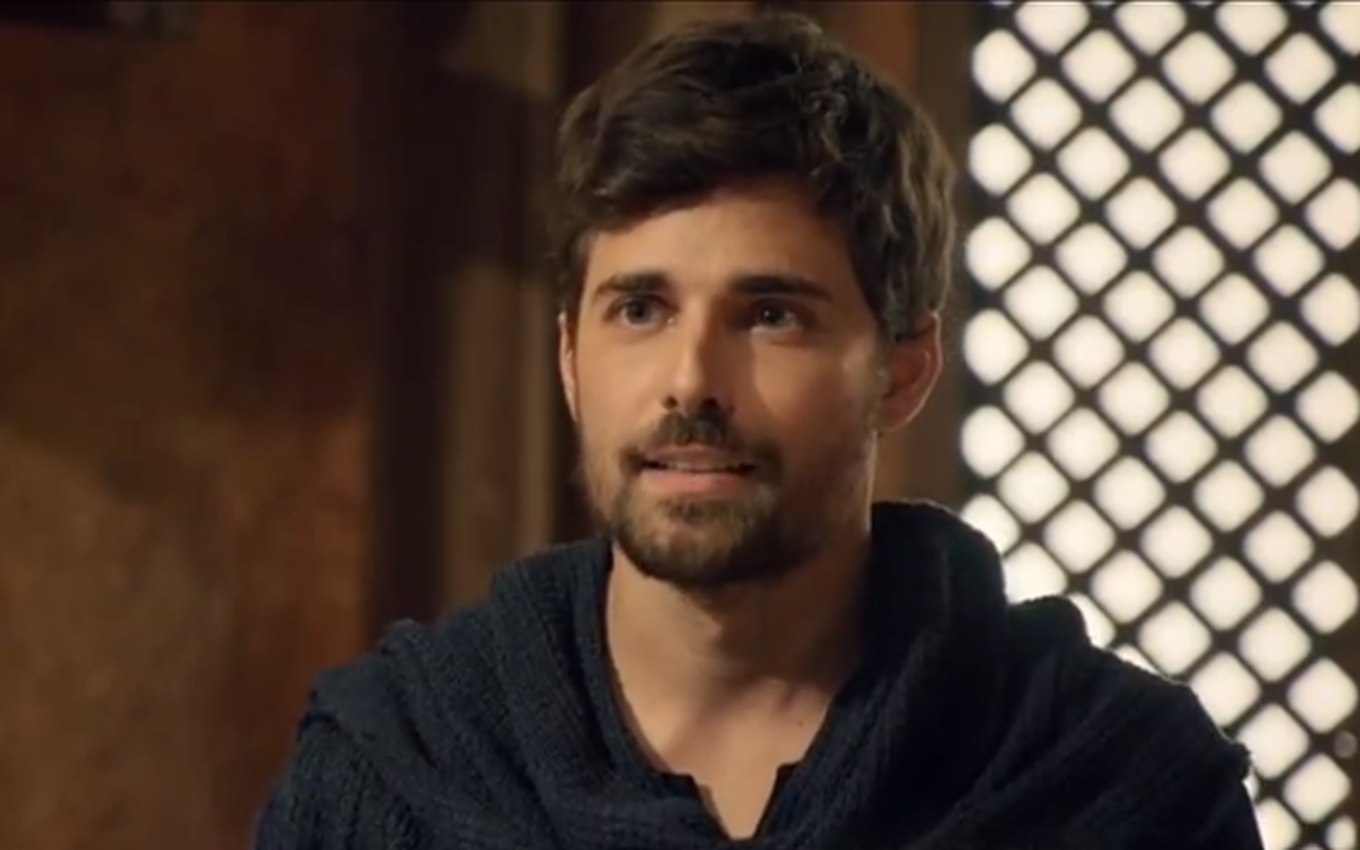 Jacó (Miguel Coelho) will move away from God’s plans (Flávio Galvão) and will become a “slave” in this Thursday’s chapter (22) of Genesis. The sheepherder’s decision will be made for him to be able to marry Raquel (Thaís Melchior). “I serve you seven years for the right to marry her,” the young man is going to propose to Laban (Heitor Martinez) in Record’s biblical novel.

By heeding the advice of Lucifer (Igor Rickli), Jacob will step out of the way God had laid out for him. Very convincingly, the devil encouraged the boy to offer service as a dowry. With the desire not to let him marry Lia (Michelle Batista), the “tailor” manipulated the goldsmith to “pierce the eye” of his sister and seduce Jacob.

“I’m completely in love with Rachel, but I don’t have the dowry to give her. I can’t even go back to Canaan,” laments the boy, who is sworn to death by his own brother.

“You couldn’t let the opportunity of your life pass you by. I didn’t want to make you more worried, but Raquel is very popular with the nobles. If it takes too long, one of them might pass you by and marry her,” said the thing- bad at the end of the chapter aired Wednesday (21).

“That can’t happen, not at all. I would do anything to have her,” observed Jacob, who heard the devil’s words of encouragement. “If you really love the girl, any sacrifice is worth it for her, don’t you think?” added the Igor Rickli character.

Without thinking too much, Jacob will make his decision: “My uncle Laban is very fond of the things I did for his flock and his business during this moon I’ve already spent here. I’m going to offer seven years of work as a dowry to marry me to Rachel!” .

He will then go to the girl’s father and make the offer. “I serve you seven years for the right to marry her. This will be my pay,” he will offer.

You can hear more about all the soap operas on the air through the link below, in the 66th episode of the Noveleiros podcast, from TV news. Also available on Spotify, Deezer, Apple Podcasts and Google Podcasts.