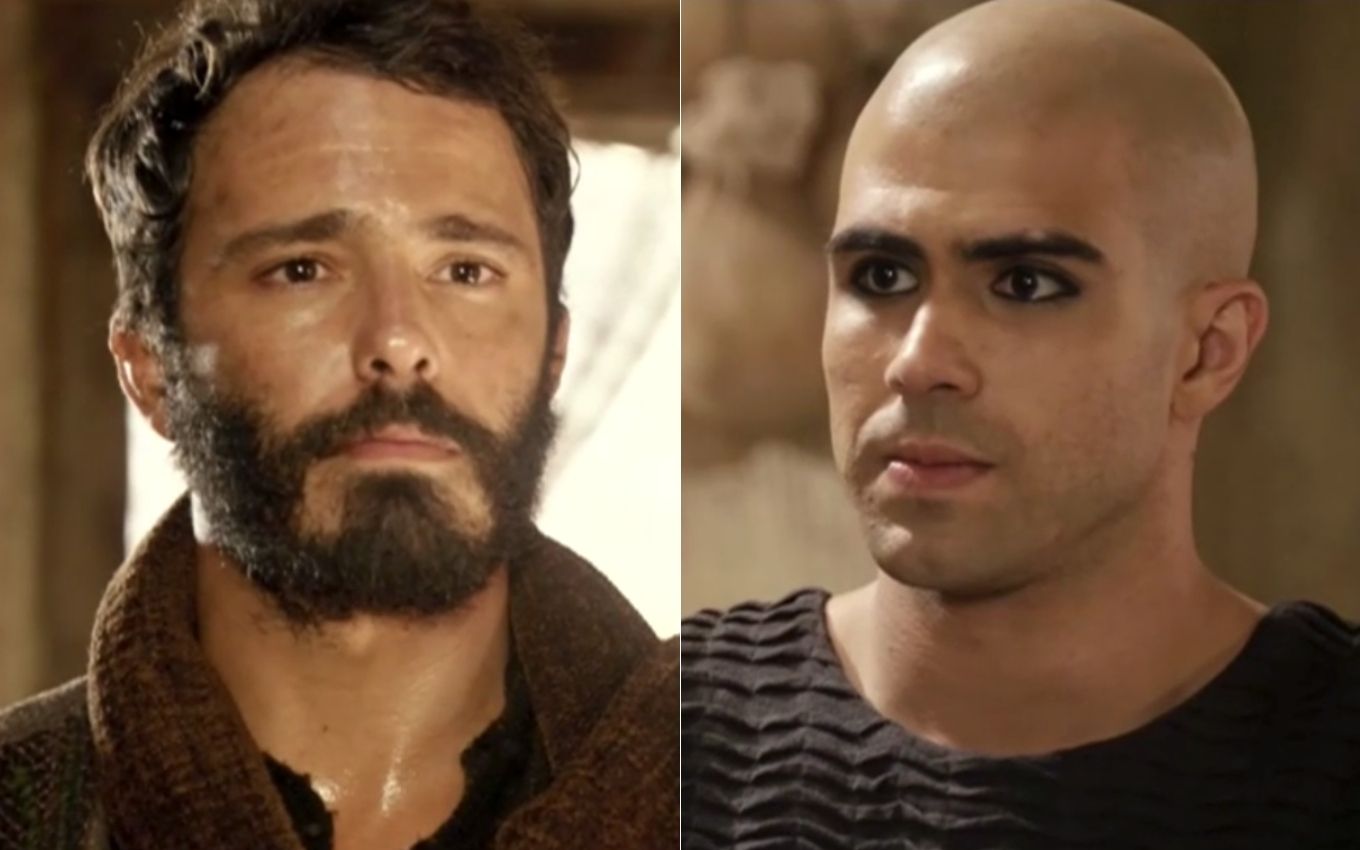 Judah (Thiago Rodrigues) will punish himself for having sold José (Juliano Laham) in Genesis. Even after an expressive passage of time, the Hebrew will continue to martyr himself for having made the mistake. The boy will immerse himself in drinking and start having problems in his marriage to Muriel (Rhaisa Batista).

Completely drunk after a night of drinking, Judah will be awakened the next morning by the woman. The couple’s son, Sela (an undisclosed actor), will also see the deplorable scene of the father stretched out in the room.

“How long are you going to do that, Judah? Is that the example you want to set for your children?” Muriel will say, disappointed. Embarrassed, the son of Israel (Petrônio Gontijo) will barely be able to look at her: “I’m sorry, I promise you, Muriel… that yesterday I had no intention of going drinking with…”, he’ll let go.

“Then why did you go?” the girl will cut off. The drunk will explain that it seemed like a good idea when he was called by his friends to enjoy the night. “I work so hard. Can’t I have fun sometimes?”

The character played by Rhaisa Batista will change the game and will propose to accompany her husband during his night out. The boy will freak out at the possibility: “Nothing is going to happen. That’s not a woman’s place,” he warns.

The woman will start to cry with the answer crossed and will believe that she is being betrayed by Judah. ​​The Hebrew will notice the mistake and try to correct himself: “I give you my word. It’s just a bunch of men. We drink sometimes, sometimes gamble, gamble. That’s all. You’re the only one in my life. Never had any other.”

“Then why do you do it? Why do you drink like that sometimes?” asked Muriel, worried about her husband’s lifestyle. At first, Judah will turn away from the question and she will insist, “Tell me.”

Tormented with his attitude in the past, the character played by Thiago Rodrigues will detail his moments of suffering: “I don’t know… It’s as if… A darkness insisted on surrounding me, squeezing me”, he will punctuate, hurt.

The young woman will come closer to her husband, and he will continue with his confession: “And then I drink… And I forget… Even if only for a moment”, he concluded, upset. With nothing to do, Muriel will pet her husband as she watches him. The scenes will be shown next Monday (27).