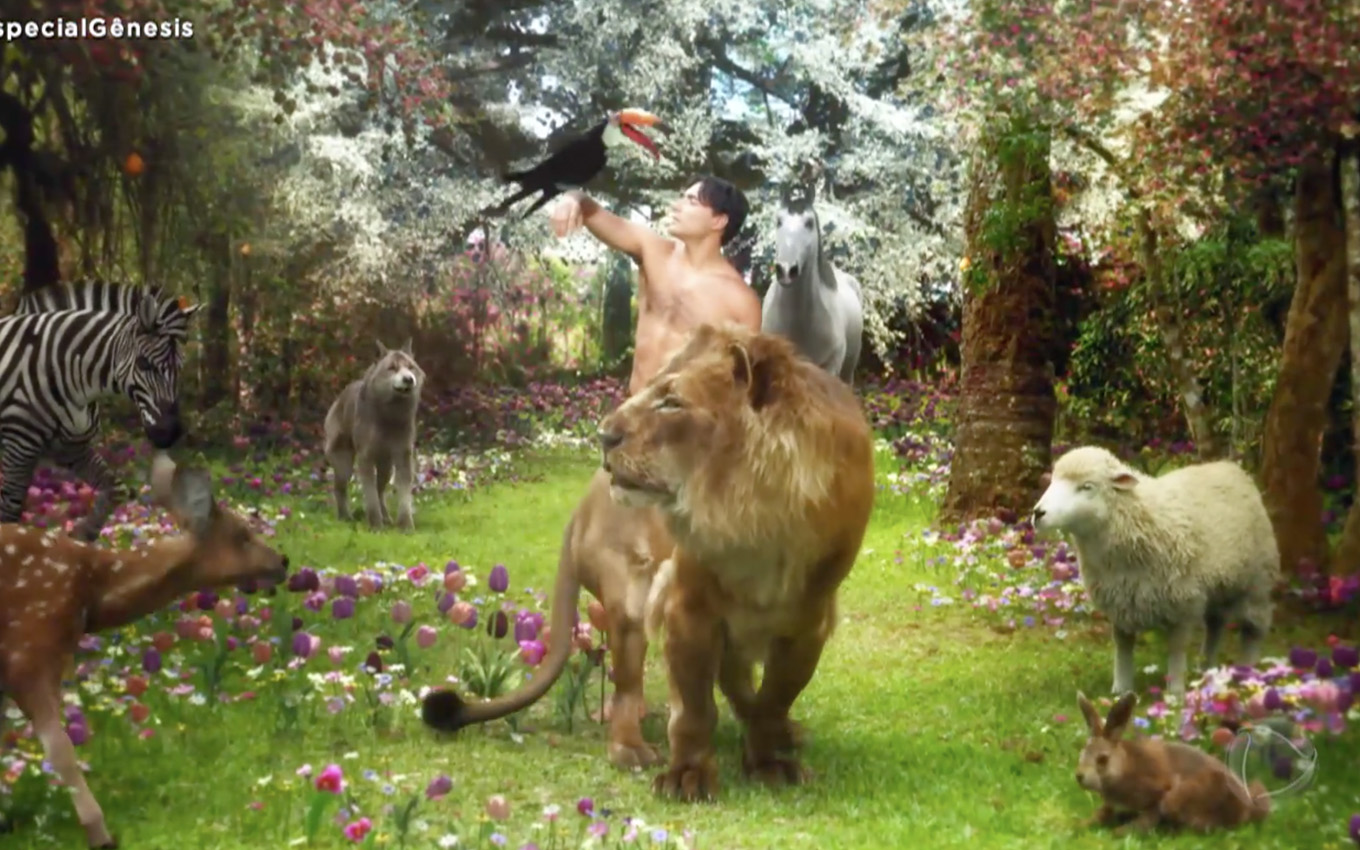 Record will make a risky bet by touching the formula of biblical serials in Genesis. With an eye on an audience that does not follow religious productions, the novel brings a more “pop” look to one of the oldest and best known books of the Christian Sacred Book to finally overcome the success of The Ten Commandments (2015) – entitled to dinosaurs from Jurassic Park (1993) and musical numbers that resemble La La Land (2016).

The story of Moisés (Guilherme Winter) lifted a batten within the dramaturgy of Edir Macedo’s station that the successors were unable to overcome. From A Terra Prometida (2016) to Jezabel (2019), soap operas gradually lost audience until they retained only a portion of viewers more in tune with the confessional content of the narratives.

One of the ways found to convince people who watched the opening of the Red Sea to tune in to Record again is high investment. The booklet is called “epic” thanks to the superlative expenses, ranging from choosing a cast with well-known faces to extra care with special effects to erase the “crude” imagery created by the Os Mutantes saga (2007-2009 ).

A special shown on Sunday (10) made sure to show technical details behind this caution, such as the colorimetry of the scenes that take place in the Garden of Eden to details of the costume that gathers more than 25 thousand pieces. The highlight is the Lucifer (Igor Rickli) dress, with gold thread vests and precious stones, which took a month and a half to get ready.

During the attraction, the scenes around Noé (Oscar Magrini) made even more clear the change of focus of the station, which extrapolated the biblical texts and embarked on more “mundane” visions about the patriarch. The influence of Noé (2014), by Darren Aronofsky, becomes obvious in the sequence in which the wicked try to invade the ark – a passage that is in the background of the book.

This break with the almost purely evangelizing character of biblical serials is also in the introduction of dinosaurs. The large reptiles are not mentioned in the Bible, but in the imagination of Camilo Pellegrini and his team of writers, they were extinguished when Lucifer fell from paradise – the angel thrown by God against the Earth sometimes acts as a meteor.

Record also decided to move forward with a strategy that it had already timidly tested in O Rico eo Lázaro (2017), in which Rebeca (Bruna Pazinato) sang in the middle of the plot. This time, they will be complete musical numbers, with scenarios even deconstructed or contemporary.

The news may even target an audience that is not necessarily evangelical or that is tired of just watching reruns on Globo and SBT, but is far from leaving the religious aspect completely aside. The screenplays by Camilo Pellegrini, Raphaela Castro and Stephanie Ribeiro continue to be screened by Cristiane Cardoso.

Edir Macedo’s daughter is the station’s dramaturgy director and, among other functions, adapts the texts within the reading that the Universal Church of the Kingdom of God has of the Bible. The changes are not always well received, as Gustavo Reiz and Emílio Boechat left the authorship of the project amid rumors of dissatisfaction.

Aesthetics still make allowances for the iconoclasm of Protestant groups so as not to frighten or alienate these viewers in the process. The passages in the Garden of Eden, where Adam (Carlo Porto) and Eva (Juliana Boller) interact with animals, seem straight out of the leaflets delivered by Jehovah’s Witnesses on the streets in their evangelization work.

Genesis replaces Amor Sem Igual starting next Tuesday (19), under the expectation of being the main engine of Record’s prime time for much of the year. The plot has 200 actors and seven phases that will be shown over eight months – the Garden of Eden, Noah’s Ark, Tower of Babel, Ur of the Chaldeans, Journey of Abraham, Jacob and Joseph of Egypt.

Watch one of the Genesis musical numbers: