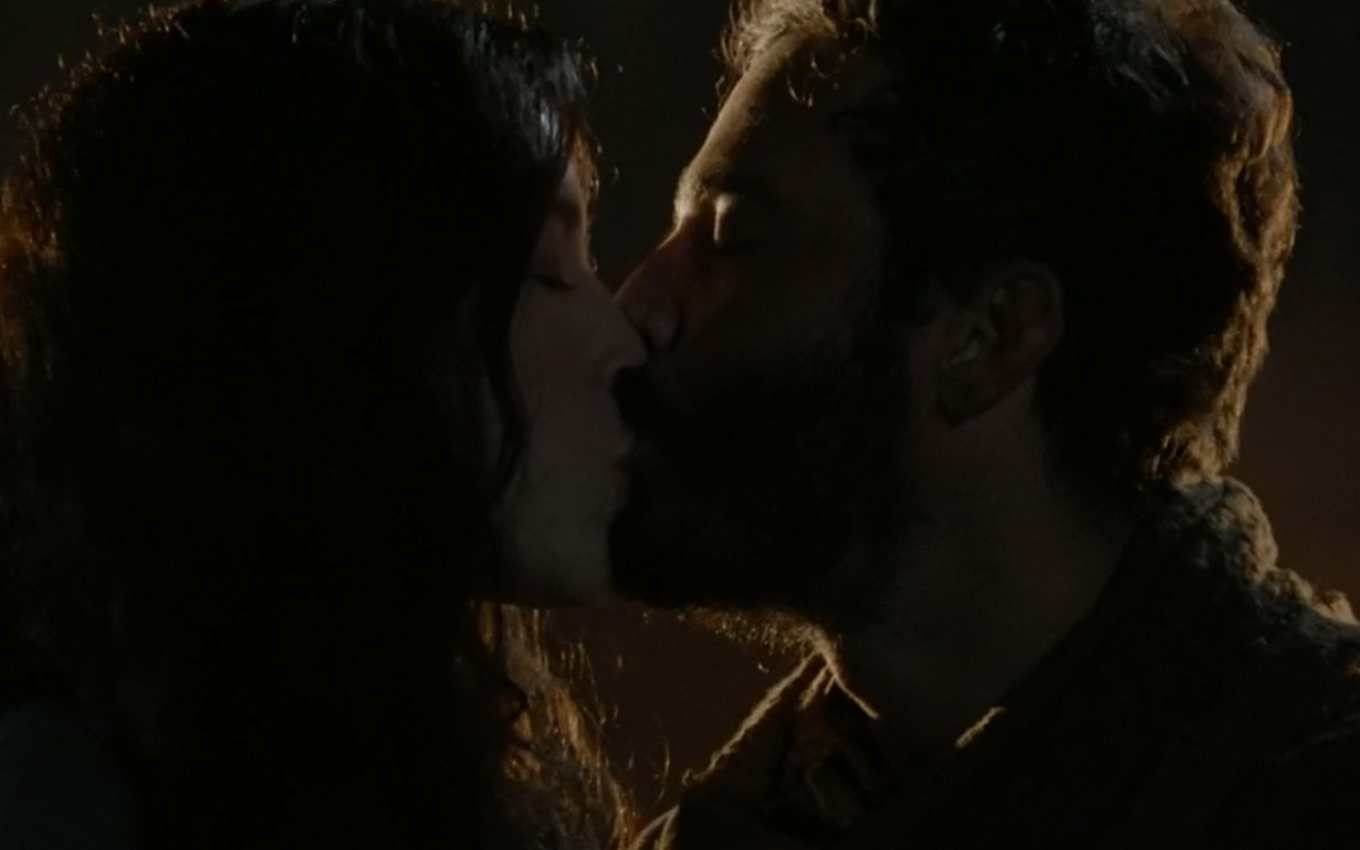 This Friday (24) chapter of Genesis began with the vows of love between Judah (Thiago Rodrigues) and Muriel (Rhaisa Batista). The couple, who met a few days ago, had their first kiss and are even thinking about marriage. The novel moved viewers, who have already taken the couple “Juriel” as the new darlings of Record’s biblical novel.

“Sorry, you were stronger than me. You’re ruining all my plans not to marry me now,” declared the son of Israel (Petrônio Gontijo). The girl was delighted with the words and accepted the marriage proposal.

On social networks, the public was excited about the union. “Alas, beautiful Judah and Muriel,” praised Morgan Becker. “I really need to catch up! Out of nowhere, Judah in love. Including, what chemistry. I loved the couple,” said Elen.

The nickname “Juriel” had already been promoted by Record itself on Thursday (23), which received the hashtag #BeijoJuriel.

Part of the spectators also showed fear with the direction the couple might take in the plot. “If Juriel is spoiled, Genesis is over for me,” pondered Nathan.

In fact, the two will have a troubled trajectory in the serial. After marriage, Judah will change his behavior and start drinking heavily. Disappointed with her husband’s transformation, she will have several arguments with him.

Check out some of the fan comments:

Deciding that I’m going to watch the soap opera without expecting anything from Leão’s fandom, so, anything that comes will be a profit…
Ps:If they spoil Juriel, Genesis ends for me…😂#Genesis#Jurielpic.twitter.com/Oc1M47UhGB

Yeah…I really need to catch up!

” Muriel I want you in my life ”
I wasn’t prepared ok?#NovelaGenesis#GenesisSexta#Genesis179#Genesis#AsenateNoHarémpic.twitter.com/jwUuFqbf9G