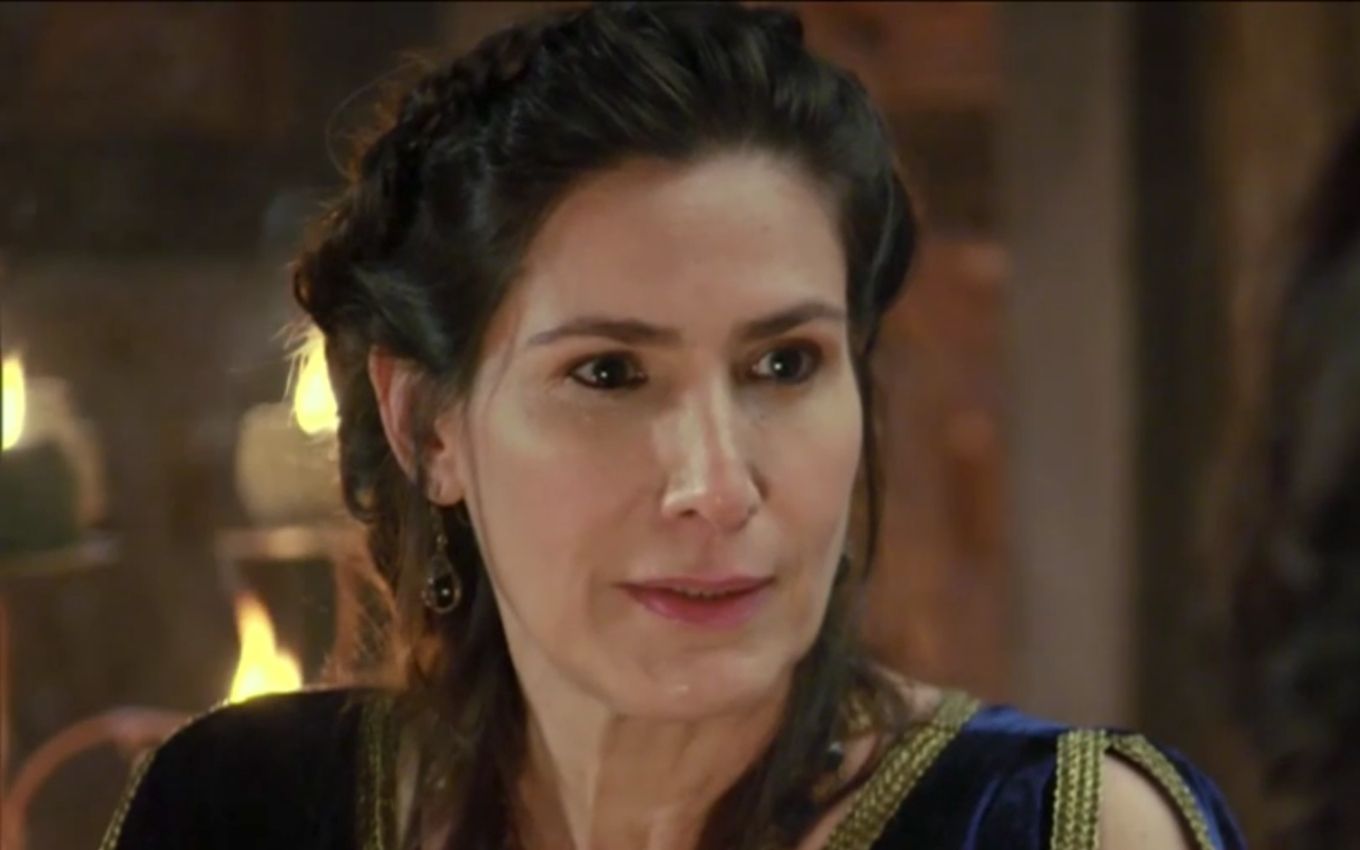 Najla (Virginia Cavendish) will keep an eye on Gath (Mário Bregieira) in Genesis. Even married to King Abimelech (Leonardo Franco), the queen of Gerar will only think of the Hebrew. The pair met by chance on a dirt road, and the womanizer came upon Omar’s mother (Vitor Figueiredo) without suspecting that she is a monarch in Record’s biblical novel.

The antagonist will confess her feelings in the chapter this Thursday (3). Quirá (Sula Miranda) will notice that her colleague is sulking in the palace and will try to find out what happened: “What happened to you, Najla? I don’t recognize you”, confesses the priestess.

“Nothing. I just don’t have many reasons to cheer me up”, will answer Abimelech’s first wife. Ficol’s (Joelson Medeiros) love interest will try to help and ask her if her friend wants her to go after the rest of her offspring. “No way! I mean… No, thank you,” he’ll reply.

The queen of Gerar will sigh, and Kirah will insist that the sovereign vent: “Remember when I visited Omar in hiding? Moons ago?” begins Najla, referring to the prince son who lives as a peasant in the barley fields. “How to forget… The danger that ran by sneaking out”, recalls the veteran.

“Because I met a man on the road, I don’t know his name. But he’s part of Abraham’s caravan [Zécarlos Machado]”, will release the character of Virginia Cavendish. “And what about him?”, questioned the virgin, impressed.

“Difficult to explain, but the foreigner messed with me,” the queen will add, smiling at the thought of the citizen of Ur. Sula Miranda’s character will be shocked by the monarch’s “fence-jumping” plans: “Najla? Have you gone mad? ?”, the priestess will finish, rebuking the queen’s intentions.