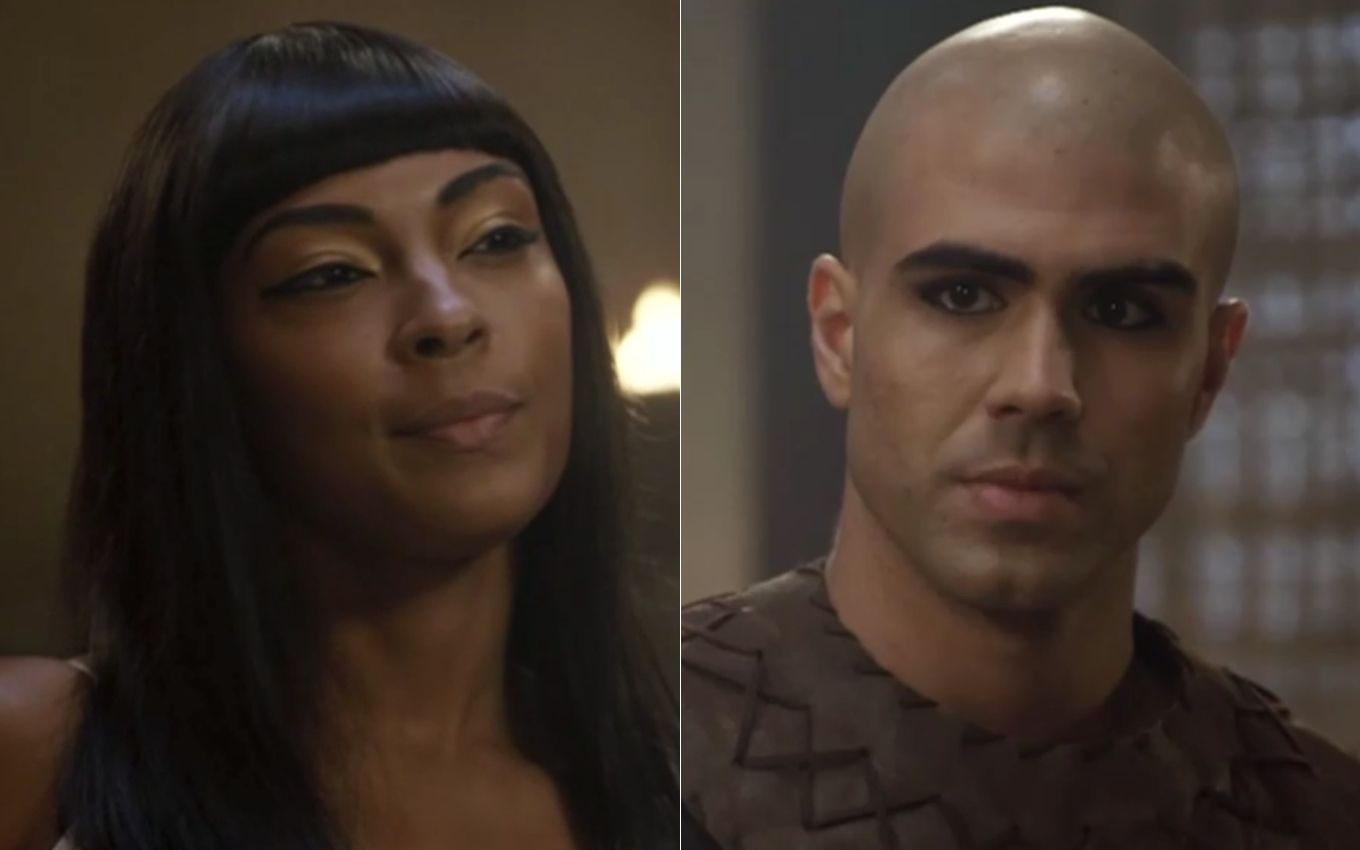 Neferíades (Dandara Albuquerque) will scare José (Juliano Laham) in Genesis. The Egyptian will see the servant come home at night and conclude that he was with a woman. The ambitious woman will threaten to tell Potiphar (Val Perré) everything, and the Hebrew will confess that he can only have sex after marriage.

The tricky will rip the intimate information in the chapter of this fifth (23). Only in her nightgown, the woman will wait for José in the dead of night. As seen in the novel, Nepheriades was enticed by Lucifer (Igor Rickli) to investigate the man. The devil told her that the boy is a virgin.

Keeping a lookout in the room, the Egyptian will catch the servant returning home “Where were you?” she will say. The young man will be frightened and say that he was walking.

“Are you not afraid of the dangers of the night? It is the time when we are unprotected by the gods,” the Ishmaelite will ask. Polite, the protagonist will reply that his God (Flávio Galvão) protects him at any time.

Neferíades won’t buy the story: “Tell the truth, Joseph. You went after women, didn’t you? It wouldn’t be a problem if that’s what you were doing… after all, you’re a man… you have your needs”, he will say she, surrounding him.

The virgin will swallow dry and assure you that you did none of this. The Ismaili will not be convinced: “Do you really want me to believe this? If you don’t go, it’s because you’ve brought them here,” she concluded ambitiously, bravely.

Joseph will defend himself and say that he would never commit such disrespect. Neferiades will delight in the servant’s despair and spice up his inquisition. She’ll threaten to tell Potiphar everything: “We’ll see if he’ll have the same opinion of you when he finds out,” she’ll complete, leaving.

Afflicted, the character played by Juliano Laham will prevent the woman from leaving and will confess: “It is not customary for my people to be with women before marriage. I did not do what you accuse me of”, he will say, without meeting her eyes.

“Never?” the Ismaili will ask in surprise. The man will nod his head, and she will ensure he doesn’t say anything to Potiphar. “May I go, ma’am?” José will ask, embarrassed.

The ambitious one will allow him to leave, but he will still have the information in his head. Fiery, she’ll fan herself with a fan just thinking about the hot topic.