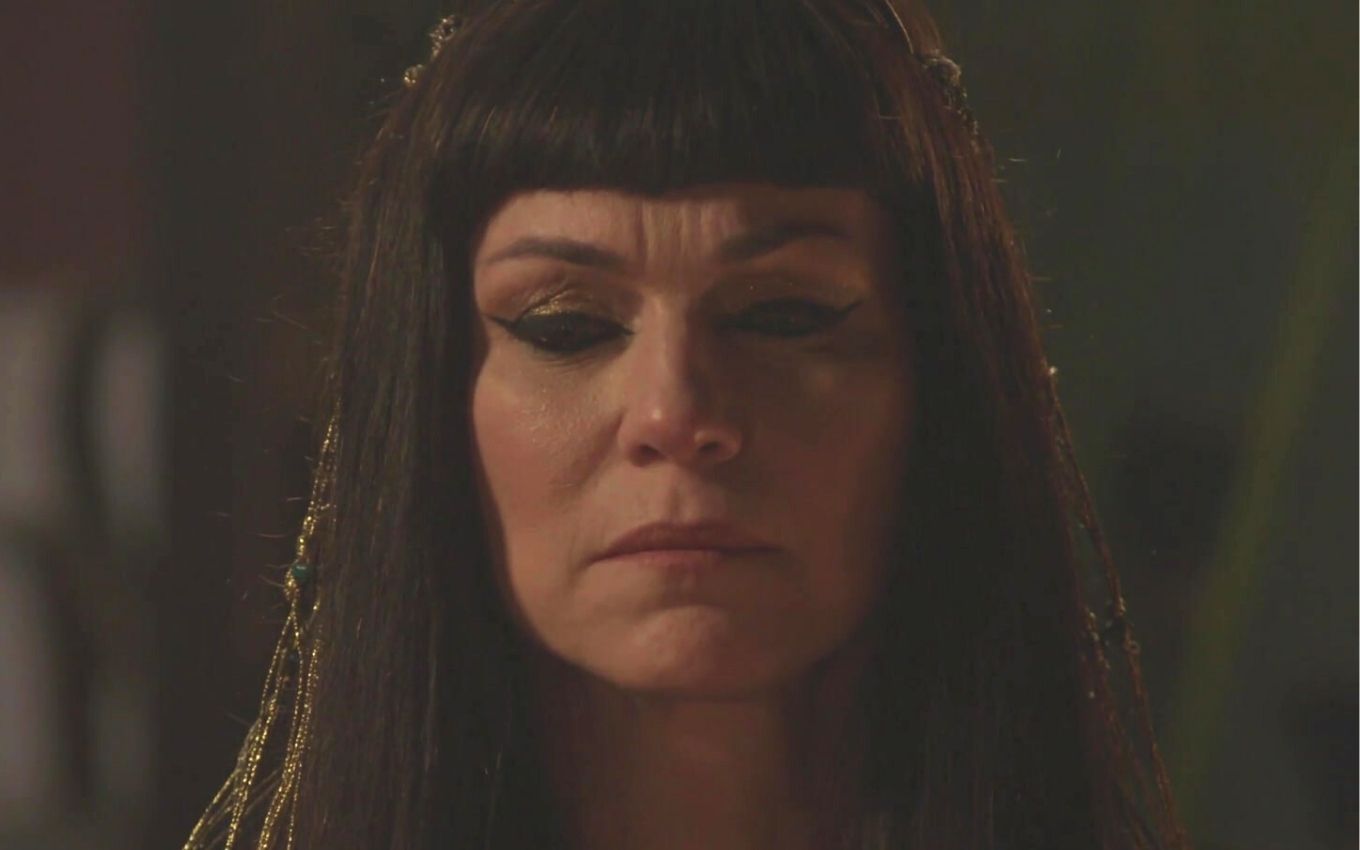 Sarai (Adriana Garambone) will turn the corner on Genesis. New concubine of Pharaoh Amenemhat 3rd (André Ramiro), the redhead will manage to escape being raped by the sovereign. At the time of the act, she was requested to deliver Khen’s son (Pérola Faria) and will save the leader’s firstborn. Thus, Abrão’s wife (Zécarlos Machado) will become a heroine and will be free from the harassment of the owner of the Nile.

Danina’s daughter (Laura Kuczynski) will escape Pharaoh in this Friday’s chapter (16) in the biblical booklet. As seen on Thursday (15), the protagonist was demanded by Aat’s husband (Bianka Fernandes) for a hot night, but they were interrupted by Issa’s call (Karen Júlia). The servant warned that Khen was in labor and was begging for Sarai’s help.

The sovereign will allow his new concubine to leave the chambers and give full support to the character of Pérola Faria. In addition to having to help Khen’s son, Sarai will need to take care of Aat. The envious one will force your belly to speed up the labor. Also pregnant with Amenemhat 3rd, she wants her heir to be born first and become the successor to the throne of Egypt.

“Push hard, Aat! Push hard, you’re almost born!”, Will guide Sarai, when supervising the two births. Panting, the first queen will not fail to make fun of her rival. “Didn’t I say it was going to be first?” She will shout.

Khen will give birth with Sarai’s help

Despite the desire of the character of Bianka Fernandes, Khen will cry out in pain and indicate that his son comes first. “Give strength to my queen! Your son is being born!”, Will warn Lot’s aunt (Emilio Orciollo Netto), calm. The stranger will welcome the successor to the throne and then hand the child over to the young woman.

“It’s a boy, queen!”, Will announce the redhead, emotionally. However, the midwife will not have time to rest. Soon after, Aat will also give birth. “It’s a boy, too! Strong and healthy!”, Sarai will say, showing the little one to the Pharaoh’s first wife.

The two children will come into the world in good health. Thanked, Amenemhat 3rd will repay Sarai’s generous act. He will promise the woman that he won’t bother you anymore. “Thank you very much … In double … And sorry for yesterday. It will not be repeated. I promise”, he will assure.