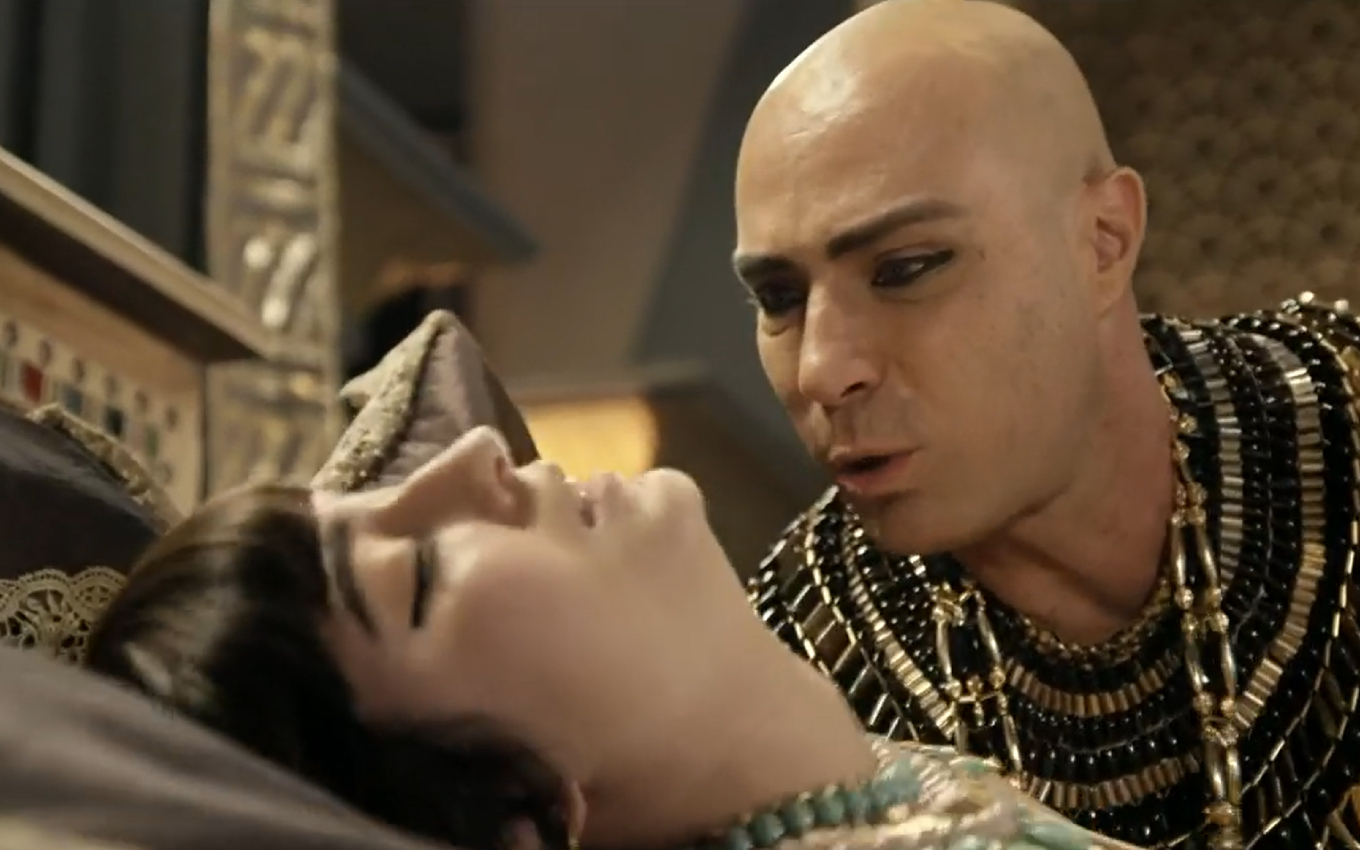 Sheshi (Fernando Pavão) will freak out after the death of Amarilis (Marianna Alexandre) in Genesis. Pharaoh will howl in pain when he finds out that his sister did not survive the poisoning and will order the girl to be mummified, in addition to decreeing a 30-day mourning throughout Egypt. He will be so bereft that he will spend some time away from his women, which will make them worry.

In the next chapters of Record’s biblical novel, Amarilis will agonize for a few days after suffering the attack. Even with all the efforts of the doctors, she will get weaker and weaker. “You must open your eyes, little one. You must wake up,” the sovereign will plead. But it will be too late and the girl will die.

“Begin the mummification process. Let it be decreed throughout Egypt, thirty days of mourning. Prepare the procession and all that is necessary” will demand the king. “We know that all that has ended. Amarilis, hand in hand with Anubis, follows his passage to the world of the dead”, will say the scribe Menkhe (Renato Rabelo) during the ceremony.

Days later, Pharaoh’s wives will be concerned about their distance from their husbands. “Since Amarilis went to the underworld, he hasn’t called me,” Kamesha (Kizi Vaz) will complain, without even suspecting that she was accused of Amarilis’ death.