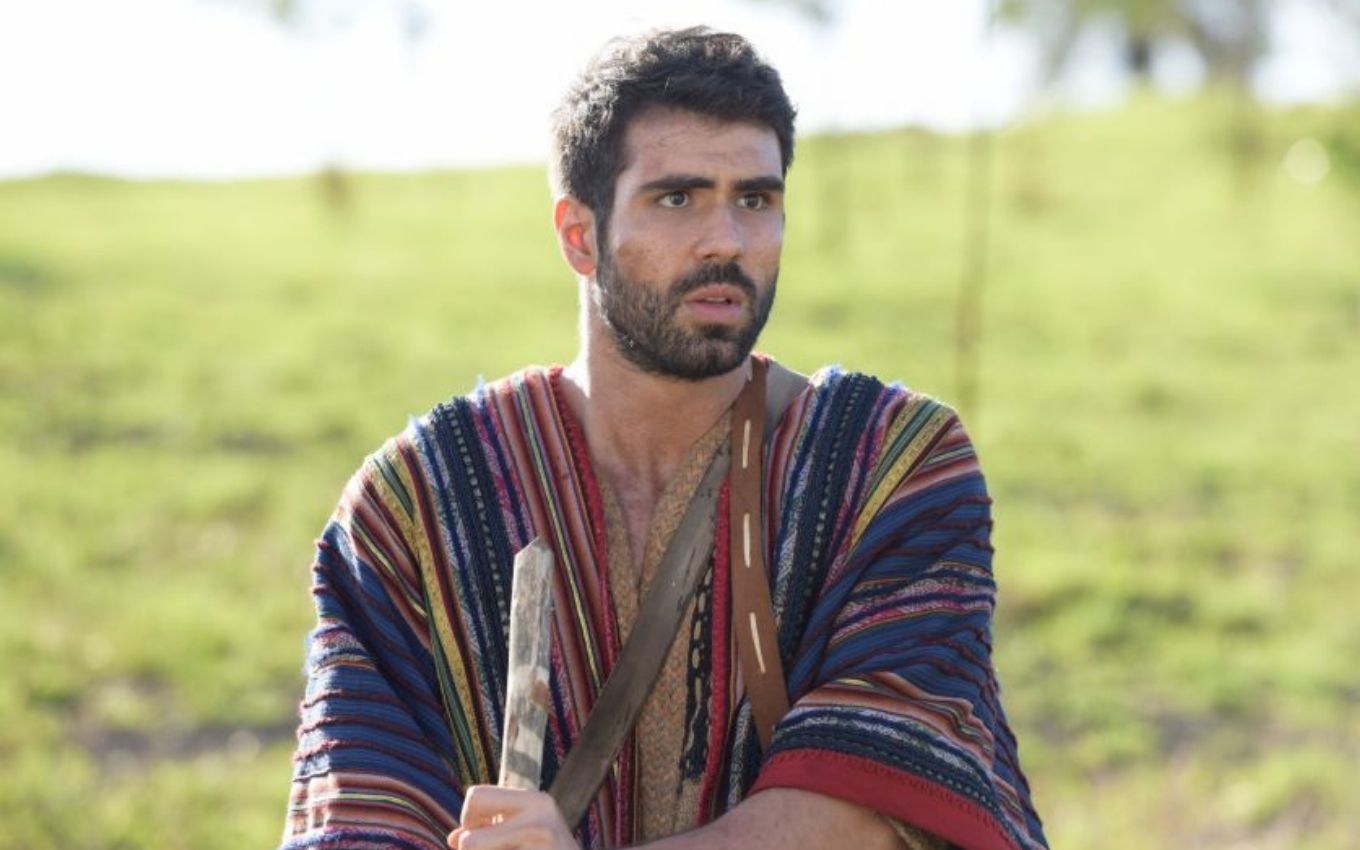 In Genesis, José (Juliano Laham) will suffer at the hands of Issad (Ricardo Dantas) after being sold at a “banana price” by his brothers, Judá (Thiago Rodrigues) and Simeão (Igor Cotrim). The merchant will even threaten the boy with death in Record’s biblical novel.

In the next chapters, the villain will put Israel’s favorite son (Petronio Gontijo) to break stones. Unable to do the heavy lifting, José will be terrified by Issad: “Stop being soft or I won’t be able to sell you. And if that happens, I’ll put you permanently inside the cave until you die.”

Diná’s brother (Giovanna Coimbra) will ask to do another job, and Abumani (Dudu de Oliveira) will agree: “He’d better carry the stones.” The rogue will then recommend, “At the end of the day, I want to see the results of the work of two men. If he’s that worthless, let you help or do the work for him.”