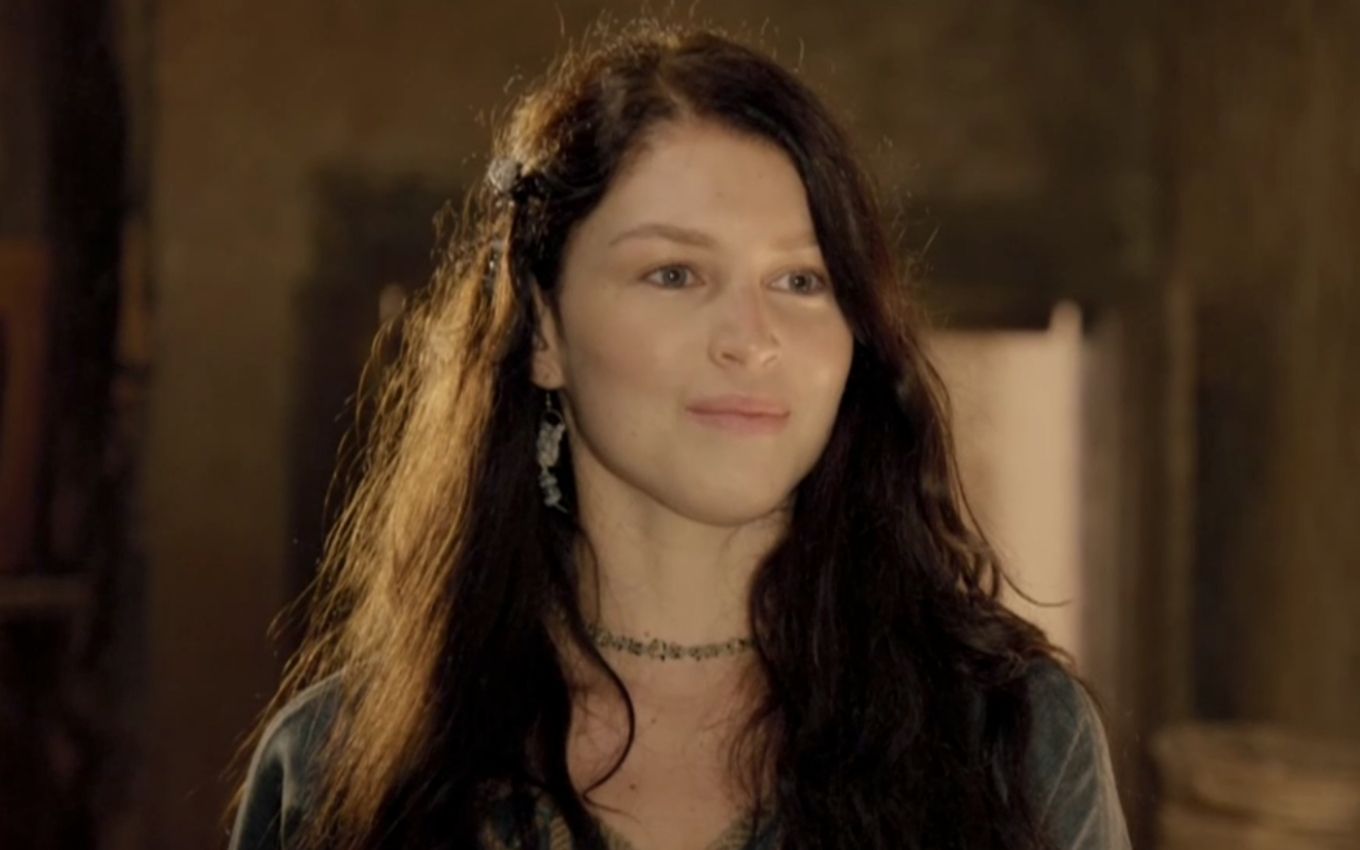 Muriel (Rhaisa Batista) will snatch the heart of Judah (Thiago Rodrigues) in Genesis. Even after having mistreated José (Juliano Laham), the Hebrew will have the chance to be happy with the girl. In the next chapters of Record’s biblical novel, they will get married and have three children: Er, Onan and Selá.

The public is already following the couple’s story this week. In the serial, Judah was surprised to meet Muriel at the house of Hira (Sandro Pedroso) and became interested in her.

On a date, the girl noticed the boy’s sad face and stroked his forehead. The character was stirred by the gesture and kissed her. The caress was enough to make the Hebrew propose marriage.

Muriel and Judah will be married in the next few chapters, and the man will still visit Israel to tell him that he will be a father for the first time. The patriarch will be overjoyed at the news.

The financial life of the shepherd will also prosper. So the new family of Judah will move to the city of Chezib, and the years will pass. Muriel, however, will not be too happy with the new reality.

The character played by Thiago Rodrigues will still not forget when he sold José (Juliano Laham) to a slave trader. He will take his sadness off his drink and start coming home late.

Muriel will suffer greatly from her husband’s change in behavior. The woman will believe she is being betrayed by the boy, and they will have long arguments because of the addiction.

In the Bible, the first woman of Judah is named Batsua. There is not much mention of his story in the book of Genesis. It is only known that she dies after the death of her children Er and Onã.

In the miniseries José do Egypt (2013), Batsua was called Elisa. In the short work, the character was played by Babi Xavier.

In the case of the serials by Camilo Pellegrini, Raphaela Castro and Stephania Ribeiro, Rhaisa Batista took on the mission of living the girl. This is the actress’s first biblical work, which was featured in Verdades Secretas (2015), Malhação Casa Cheia (2013) and Lado a Lado (2012).