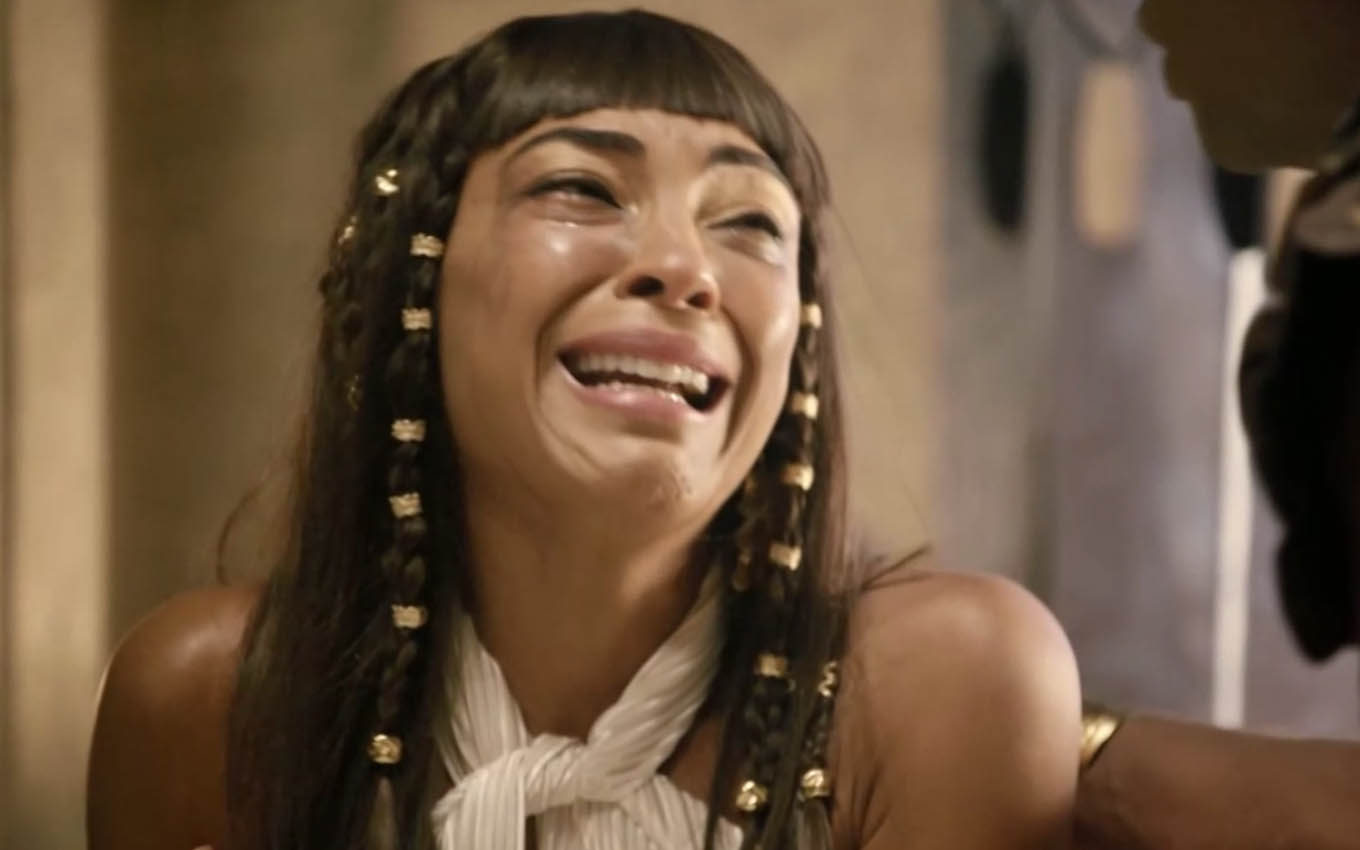 Neferíades (Dandara Albuquerque) will be punished for bearing false testimony against Joseph (Juliano Laham) in Genesis. After catching the woman in bed with another, Potiphar (Val Perré) will cut her nose off and still abandon her to her fate. Cursed, she will survive on alms, pick up food from the ground and even prostitute herself to avoid starvation in the biblical novel.

The shrew went beyond all limits by plunging into prison to trample on the son of Israel (Petrônio Gontijo), unjustly detained after being accused of trying to rape her. He will still spend two years behind bars until God, who appears in the plot in the voice of Flávio Galvão, will put Sheshi (Fernando Pavão) in his path.

The pharaoh will be tormented by the same dream every night, and the Hebrew will be the only one able to decipher them in the serials of Camilo Pellegrini, Stephanie Ribeiro and Raphaela Castro. He will ingratiate himself with the monarch and even be appointed governor general.

Full of envy, Adurrá (Ricardo Lyra) alerts the nobleman that Joseph was arrested for molesting Potiphar’s wife. Willing to settle the matter once and for all, Sheshi will order the general to bring Neferiades immediately.

The military, however, will catch his partner in bed with Teruel (Amaurih Oliveira). He will then drag her wrapped only in sheets to the throne room to inflict one of the worst punishments in all of Egypt —adulterous women had mutilated faces not to be wanted by any other man.

After having the nose cut off, Nepheriades will appear dirty and ragged in the scenes that will be shown from the next 18th. She will use a veil to partially cover her face and thus manage to convince some foreigners to sleep with her in exchange for a few pennies.

The people, however, will consider the character of Dandara Albuquerque a cursed woman and few will have the courage to approach her. According to Egyptian mythology, a person who loses any part of his body will be prohibited from entering the world of the dead — as a result, he will change into a spirit doomed to wander among the living for all eternity.

Kaires (Diogo Salles), for example, will refuse even to give the villain scraps of food, for fear of being punished by the gods too. “Please give me some food. I’m starving,” will beg the traitor.

“You are cursed. What do you want me to do? Nobody will want to work with you. But if you want, you can collect the ears that fall to the ground and are not included in the bundles”, the farmer will allow.

“But this is worse than slave labor! I was once rich. I will not submit to such a low thing,” Neferíades will complain. “If you were really rich, what are you doing here? Why did you have your nose blown off? Take it or leave it. You can stay in the corners”, the man will say. 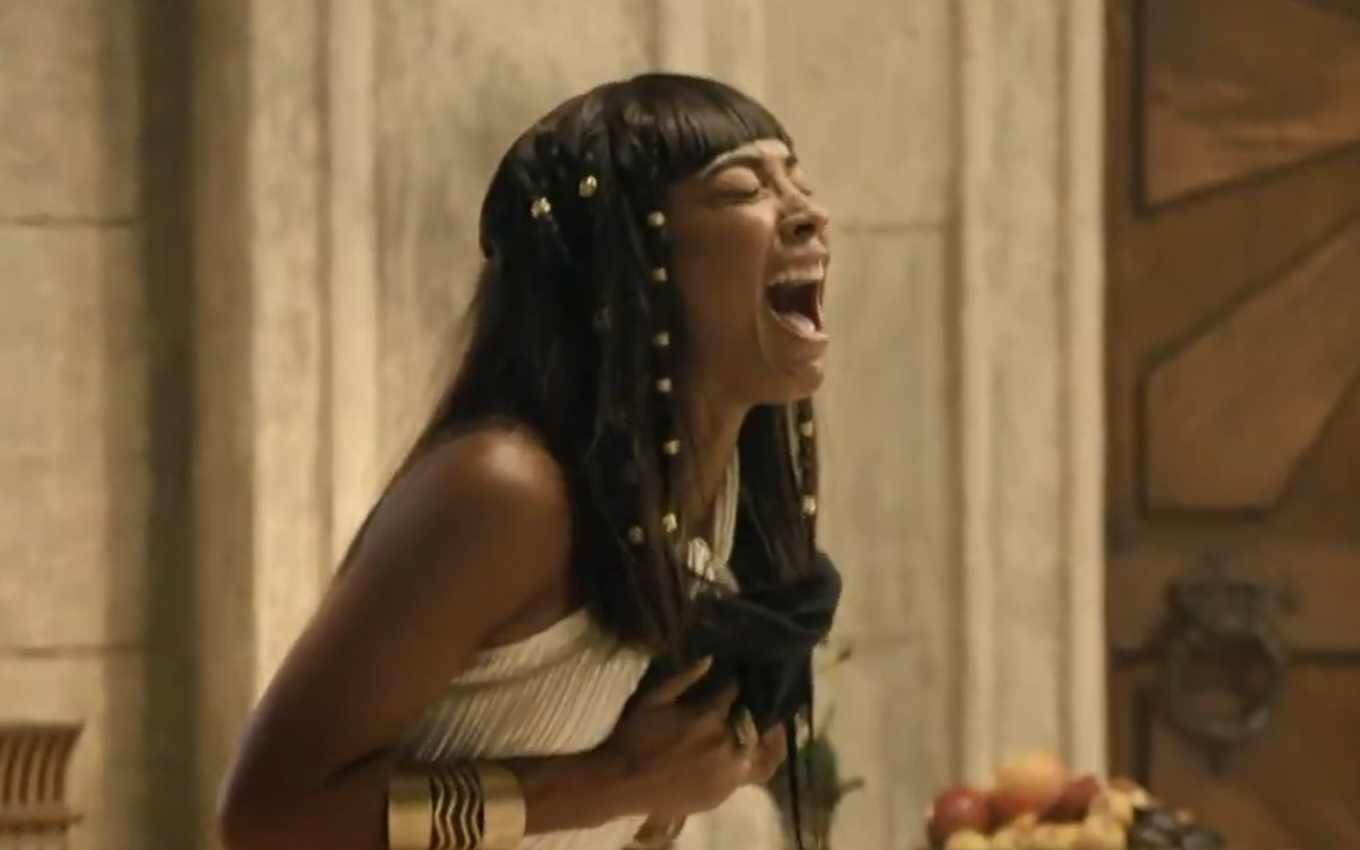 Nepheriads (Dandara Albuquerque) in the serials

Nepheriades actually existed in the Bible and even became an expression in law to indicate a woman who makes a slanderous complaint to punish the person who rejected her.

The term Potiphar’s Woman Syndrome, however, is increasingly challenged in the courts for its sexist tenor — as real victims of abuse do not report them for fear of being discredited.